Celebrities are just like us: They take lunch breaks too. Except, not really like us, considering that Gigi Hadid took her lunch break while on set in New York City filming a new Maybelline campaign.

Most people don’t often eat their lunches while seated on the hood of a yellow cab and decked out in a princess gown, do they?

The supermodel was spotted looking glamorous behind the scenes of the beauty brand’s shoot in Tribeca on Wednesday. Hadid wore an icy blue monochrome fit, composed of a hoodie, a blazer, a flowy tulle skirt, and chunky sneakers. She also wore a matching blue manicure and a bold magenta lip. 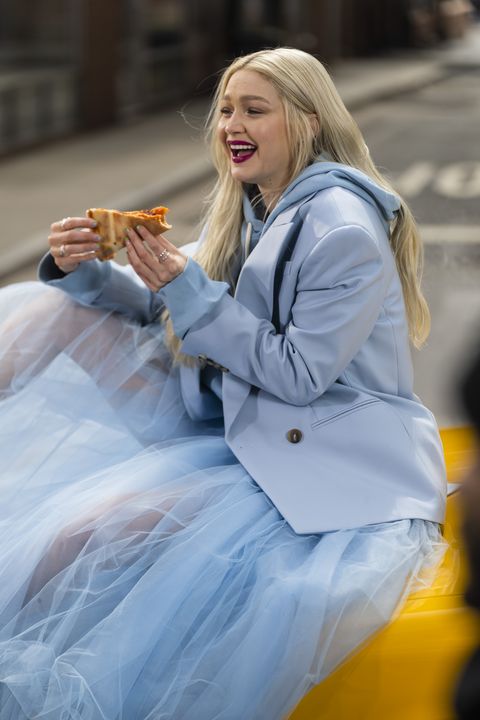 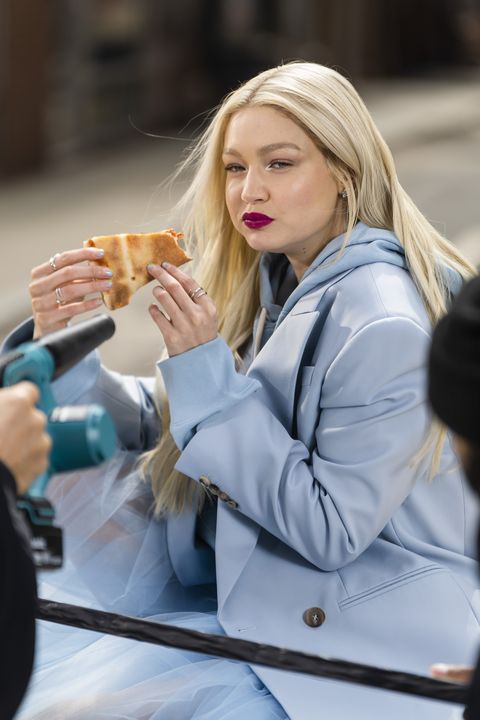 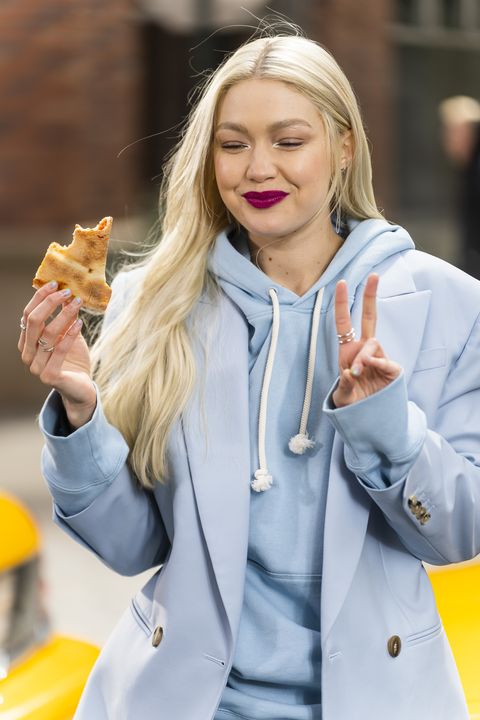 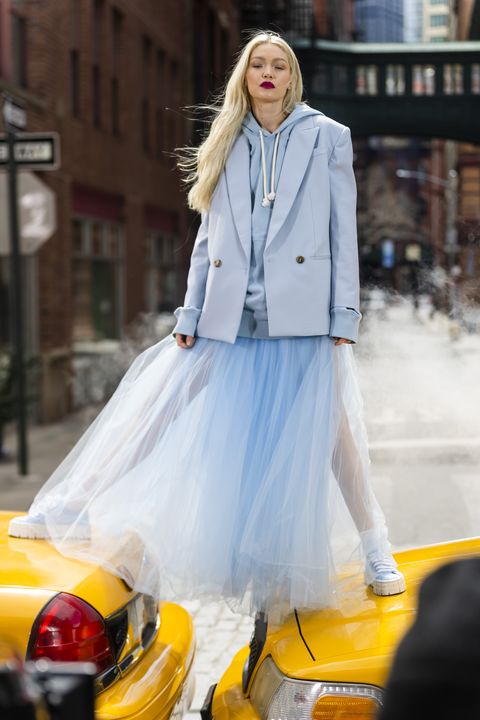 In 2015, Hadid was announced as the new face of Maybelline.

She shared the news with fans via Instagram, writing, “I’m so beyond honored & excited (at a loss for words, really) to be the new face of @Maybelline! 💘 Thank you so much to my team at @imgmodels @luizmattos1906 for believing in me and helping make this happen, and to the whole #MaybellineNewYork team for being so welcoming; it’s such a dream come true to be a part of this family.”

For Harper’s BAZAAR‘s August 2021 cover story, Hadid reflected on how her attitude toward modeling has developed.

“It’s not my job to have an opinion on what I’m wearing [on set],” she said. “It’s my job to wear what I wear and have enough of a photographic mind to understand how to make that piece look good, sellable, and give the feeling that is wanted by the creative team.”