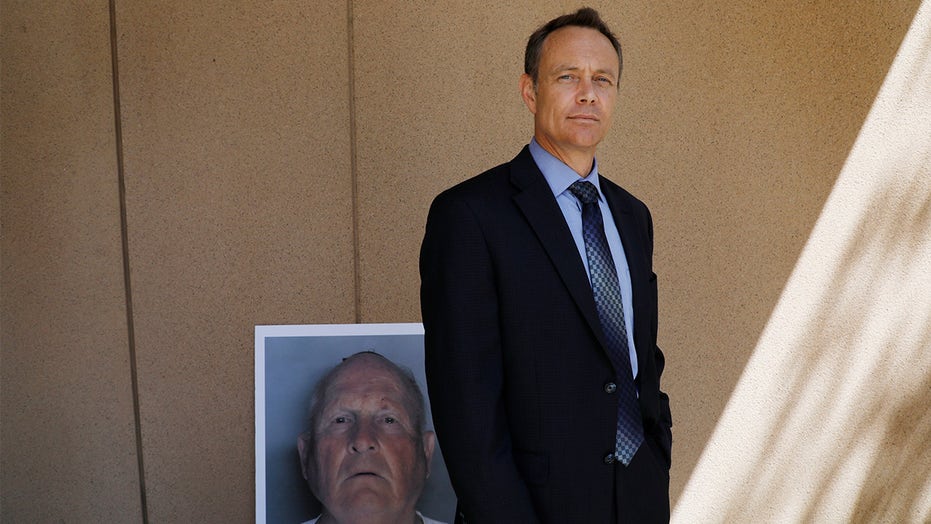 CrimeDoor is a reality experience developed by Hollywood producer and true crime fan Neil Mandt, as well as his wife Lauren Mandt. The app was recently launched with the goal of bringing renewed attention to unsolved cases, as well as shedding light on well-known tragic deaths, including John Lennon’s, Selena Quintanilla-Perez’s, and Rebecca Schaeffer’s, among others.

The app features hundreds of unsolved cases from across the country, as well as podcast episodes associated with the crimes, and numbers to local law enforcement where anyone can provide potential tips. Lauren told Fox News CrimeDoor currently has more than 500 cases, “equaling more than 40,000 hours of content and counting by the day.” In addition, cases are updated with developments as they come and new stories are provided daily. 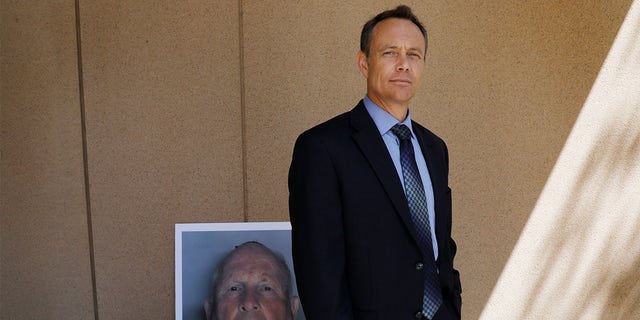 “We have true crime fans who are curious and will explore these spaces,” Holes told Fox News. “The hope is that these spaces will trigger a memory. Maybe something looks familiar or perhaps they heard a story around town about somebody and will call in that tip.”

The 52-year-old is the former chief of forensics for the Contra Costa County, Calif., District Attorney’s office. He is famously known for his involvement with the arrest of the alleged Golden State Killer, who had eluded capture for decades.

Since then, Holes has been involved with projects that aim to raise awareness on cold cases, such as the true-crime docu-series on Oxygen titled “The DNA of Murder with Paul Holes,” as well as the podcast “Murder Squad.” 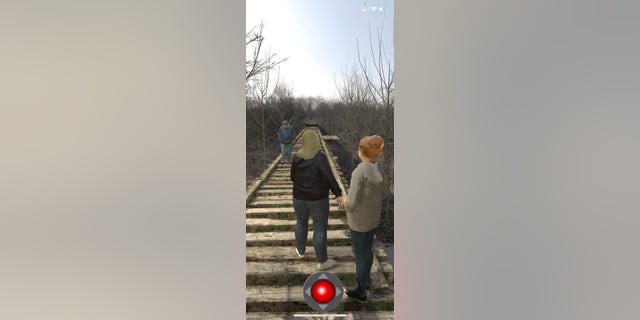 “I’ve been looking at cold cases and working cold cases for almost a quarter-century,” Holes explained. “I’ve seen the devastation, not only to the victims but the victims’ families and their friends.”

“When I spoke to Neil and Lauren about CrimeDoor, they stressed how important it was to give the victims a voice,” he continued. “CrimeDoor doesn’t just tell a story, but it allows users to select a case they maybe haven’t heard of and learn more about it. I know it makes me look at a case a little differently. And we hope the same happens for many others.”

One person who is hoping CrimeDoor can help provide answers is Kelsi German who collaborated with the app’s creators. 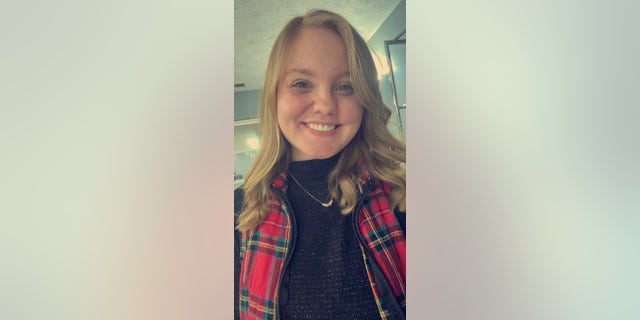 On Feb. 13, 2017, German’s sister Libby, 14, and her best friend Abby, 13, were dropped off by their family to go for a hike on a local trail in Delphi, Indiana, People magazine reported. The pals were supposed to be picked up by a relative later that afternoon, but they never showed up at the pickup spot. Less than 24 hours later, authorities found their bodies on a side of a creek located about a mile from the trail.

Days later, authorities released photos taken from Libby’s cell phone that showed a man on the trail, along with a brief audio clip of his voice saying the words “Guys, down the hill,” and a police sketch, the outlet shared. While the unidentified man was named the main suspect, and investors have reviewed thousands of leads, the case still remains unsolved.

“Libby was the most outgoing person you would ever meet,” German told Fox News. “You could be having the worst day ever and suddenly your day is already better just from seeing her smile. That’s just who she was. She always wanted to make people smile. Her goal in life was to make people laugh… The girls were just enjoying their day off from school and hanging out, painting – doing all kinds of things they enjoyed.” 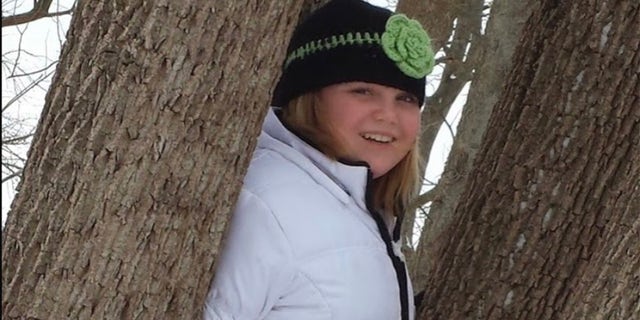 Investigators believe the suspect is between the ages of 14 and 40, and that he either lives or lived in Delphi. It’s also possible he either regularly visits or works in the area. Authorities have hailed Libby as a hero for recording potentially crucial evidence before she was killed. Now the public is urged to pay close attention to the mannerisms of the man in the video, which shows him walking across an abandoned railroad bridge.

“I was amazed at the fact that my sister even thought to do something like that,” said German. “It was very much something she would do, but I was so surprised that at that moment she realized something was wrong and pulled out her cell phone to take a video of it.”

“Unfortunately, [the man] dressed exactly like everybody in Indiana dresses,” she shared. “So the outfit, yeah, it was familiar. As for the voice, it sounds like any other Midwestern voice too. But it sounded familiar in a way that he sounds like a common person here in Indiana, in our local area.” 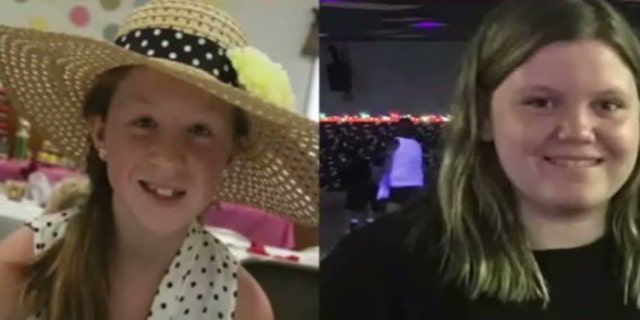 Holes admitted it’s “frustrating” that the photo and audio haven’t led to any arrests. However, he believes CrimeDoor could help change that.

“From my perspective, there’s no way this guy knew his voice and image would be broadcast across the world,” he said. “I would say, look for somebody who has dramatically changed their appearance because his image is out there and he doesn’t want to be caught after the crime.” This composite sketch released July 17, 2017, by the Indiana State Police shows the man they consider the main suspect in the killings of teenage girls Liberty German, and Abigail Williams who disappeared from a hiking trail near their hometown of Delphi on Feb. 13, 2017.
(Indiana State Police via AP)

“He probably changed his style, his facial hairstyle, put on some weight, lost weight,” Holes revealed. “He’s probably dressing completely differently and got rid of those clothes he was wearing. He’s probably not drawing attention to himself. He may have even moved away shortly after.” 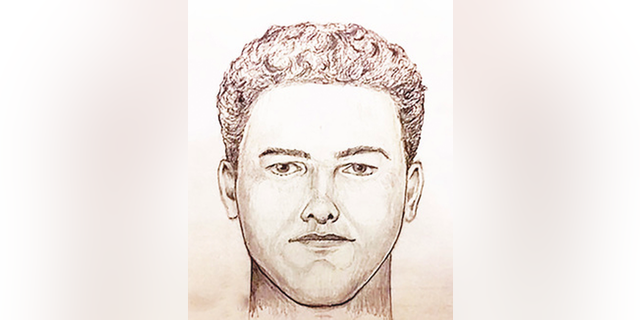 This undated police artist sketch provided by the Indiana State Police shows another ‘face’ for the Delphi murder suspect.
(AP)

German said investigators, who are aware of the app, have insisted their work in finding her sister’s murderer is far from over.

“They told me, ‘We’re never going to stop, no matter what anyone says. We’re not stopping. We’re not giving up. And we never will,’” German recalled. “To them, it’s not a cold case. And I think that’s so important for people to hear. Because a lot of people think there are no tips or updates coming in. But there’s so much more happening behind the scenes that I don’t get to see.”

As for Holes, he said his years in law enforcement have taught him that determination is key in seeking justice. 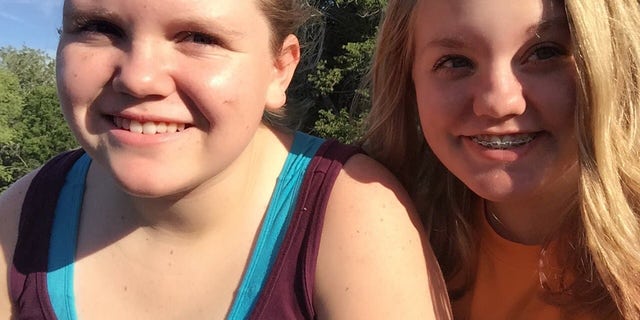 The German sisters during happier times.
(Courtesy of Kelsi German)

“Kelsi’s family wants answers, as does Abby’s,” he said. “We want to get them the answers. It won’t bring Libby or Abby back, but they deserve to know who did this and why.”