Wedding prep on the backburner? While Hilary Duff admitted that planning a wedding with fiancé Matthew Koma isn’t their primary focus amid their busy schedules, she revealed that the duo would never opt to simply elope for good reason — their parents.

Speaking to Us Weekly exclusively, Duff opened up about how gearing up for her upcoming nuptials to Koma has not been easy to do as they balance parenthood along with their careers. 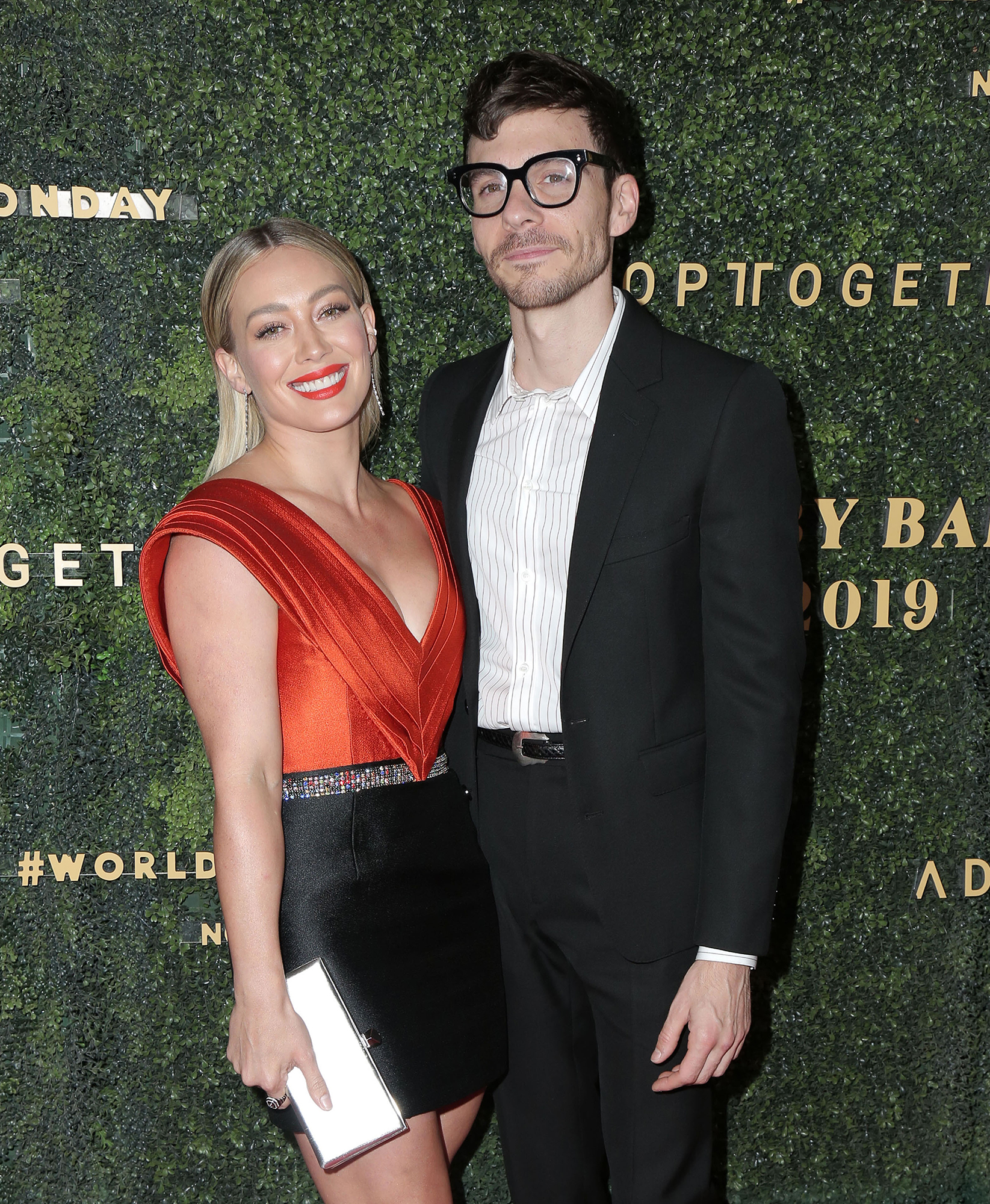 “We’re really excited,” Duff, 32, told Us at Love Leo Rescue 2nd Annual Cocktails for a Cause at Rolling Greens in Los Angeles on Wednesday, November 6. “I mean, we never thought we were actually going to get married. It’s just … we don’t have the time! We’re so excited, but we just don’t know when it’s going to happen.”

The Younger star revealed that “someone suggested” for her and Koma, 32, to elope. However, she noted that the couple’s parents would be less than pleased with this decision.

“I was like, ‘Our parents would literally kill us!’ We’re still scared of our parents, even though we are parents,” she explained. “My mom’s here somewhere tonight. She would kill me!”

Duff, who is currently shooting a Lizzie McGuire revival series for Disney+, explained exactly how “insane” things have been as of late for the engaged pair. “Matt’s going to be going on tour too. So it’s pretty crazy, I’m not going to lie,” she began.

“We just do the best we can! We love all the things that we’re doing, and we’re so lucky to have the family that we have,” she continued. “Everyone picks up the slack for us when we can’t do it. We have two amazing employees, and we have grandparents who help. But it’s a lot.” 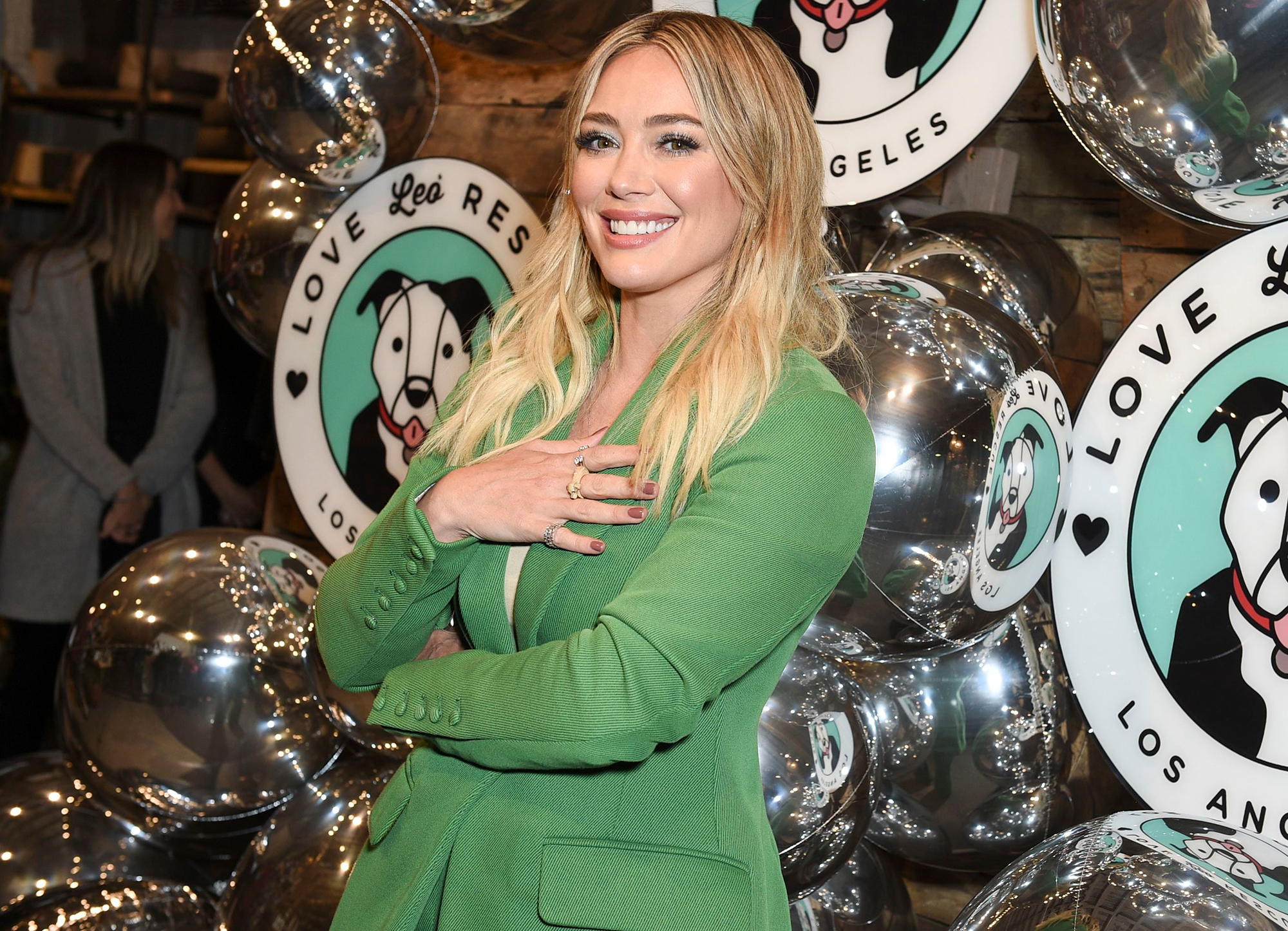 Duff and Koma first connected in 2015 when they worked together on the actress’ fifth studio album, Breathe In. Breathe Out. “They had great chemistry in the studio,” a source close to the Disney Channel alum told Us at the time. “Hilary thinks Matt is very talented and cute.”

The duo started dating in late 2016 and called it quits in March 2017, only to reconcile their romance later that fall. In June 2018, they announced that they were expecting their first child together, Banks, whom they welcomed in October of that year. (She also shares son Luca, 7, with ex-husband Mike Comrie, whom she was married to from 2010 to 2016.)

Koma proposed to Duff in May, captioning an Instagram post of the pair showing off her diamond engagement ring: “I asked my best friend to marry me… @hilaryduff.”

Sharing the same two pics, Duff wrote that Koma “asked me to be his wife.”

The former Cheaper by the Dozen actress spoke to Us exclusively in June about how she prioritizes her children over her relationship with Koma. “I think having a baby definitely brought us even closer together and we feel happier and more in love than ever and so [the engagement] felt right,” she explained.

“We are looking forward to our long future together,” she continued. “He kind of surprised me and I was like, ‘Yes! Of course! You’re my favorite person in the whole entire world outside of my kids.’ He knows he comes third.”

With reporting by Ingrid Meilan