Holly Willoughby, 38, has almost been married to her husband Dan Baldwin for 12 years and the couple share three children together, Harry, 10, Belle, eight, and Chester, four.

And on This Morning today, the ITV favourite gave viewers an insight into her family life as she revealed her spouse is always losing his keys.

During a segment on the show, Anton du Beke showed off a bluetooth invention, which helps people find lost items such a keys, as part of the Father’s Day gift guide.

After hiding the gadget, Strictly Come Dancing professional Anton pressed the “find” button on a mobile phone app which resulted in the lost item beeping.

He said: “I’m so excited this is working.”

As Holly And Phillip walked around the studio in an attempt to find the keys, the former exclaimed: “It’s getting louder.”

Phillip then walked over to the sofa and lifted the pillow which had the keys underneath.

Speaking about her spouse, she added: “My husband could do with that! He’s always losing his key.” 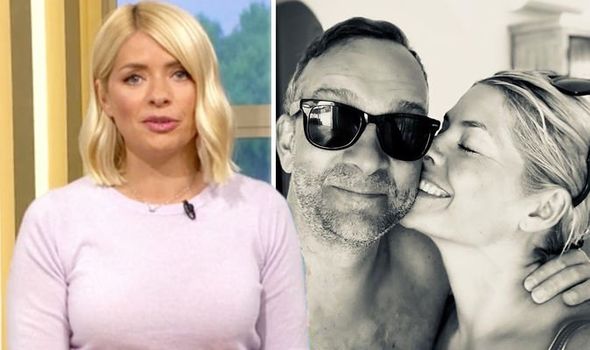 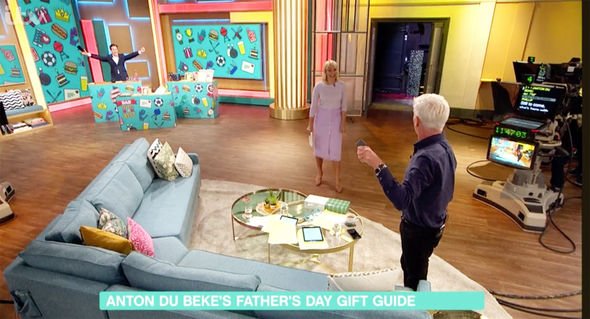 Also on the show, Holly and Phillip congratulated two of their This Morning team members who have welcomed a little one into the world.

Holly boasted she correctly guessed the pair were going to have a son, as she spoke about her skills at predicting the sex of an unborn baby.

She began: “Many years ago one of our cameramen Steve locked eyes with floor manager Alex across the studio and in the early hours of today they welcomed baby Max to the world.

“We have watched that little bump grow.”

Phillip said to his co-star: “Well you were right in your prediction.”

She revealed: “I have this way to predict what baby you are having and I am quite successful. 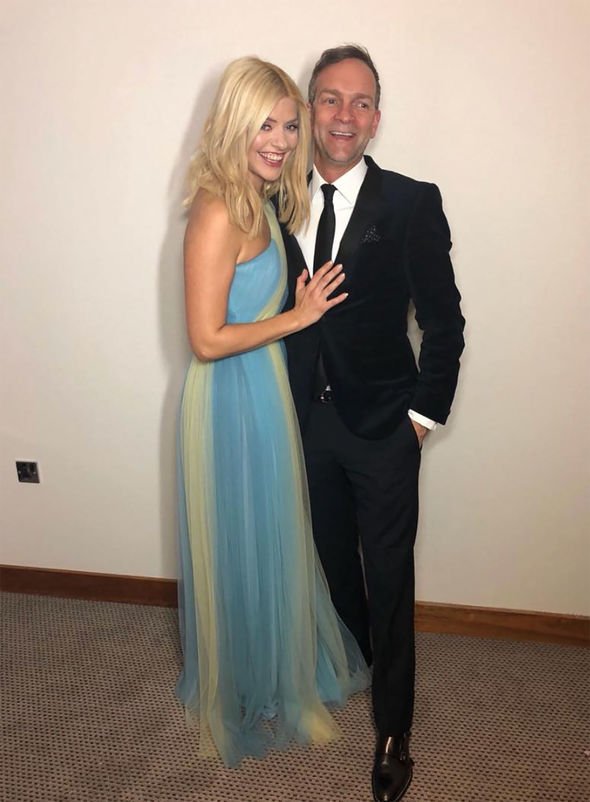 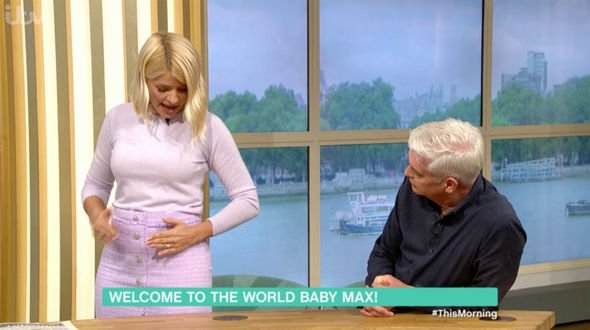 Holly explained her theory and demonstrated: “If you hold your hand like this on your bump – where your hands bend – if it goes in, down the bottom, that’s a boy and if it goes out it’s a girl.

She added: “You can’t do it if you’re really pregnant, its sort of a mid-way point. But try it, if you’re mid-way and you’re preggers, let us know.”

This Morning airs weekdays on ITV at 10.30am.