If you’re like us, you probably spent a good chunk of 2020 hanging out in your sweatpants binge-watching true crime documentaries. Hopefully, you got around to watching “The Staircase.” For those of you who did not, allow us to fill you in. “The Staircase” is a 13 part docu-series that explores the trial of Michael Peterson, a man convicted for the 2001 murder of his wife, Kathleen Peterson.

Michael claimed that after a quiet night at home, he stepped outside while his wife went upstairs. According to Peterson’s defense team, Kathleen fell while going down the stairs and ultimately died from her injuries. Prosecutors (and the jury) weren’t so sure. Given the extent of her injuries, police suspected Michael had murdered Kathleen. Michael was put on trial for first-degree murder. However, there didn’t appear to be any clear motive for Kathleen’s death. Still, on the other hand, there was plenty of suspicious circumstantial evidence, including that Michael was close friends with a woman who died in almost the exact same way years earlier.

Ultimately, Michael was convicted of the crime but later awarded a new trial, resulting in a reduced charge of manslaughter, per WRAL. His sentence decreased, and he was given time served. He was released from prison in 2017. After years in prison and intense public scrutiny, how does Michael support himself now, and what exactly is his net worth? Let’s get into it. 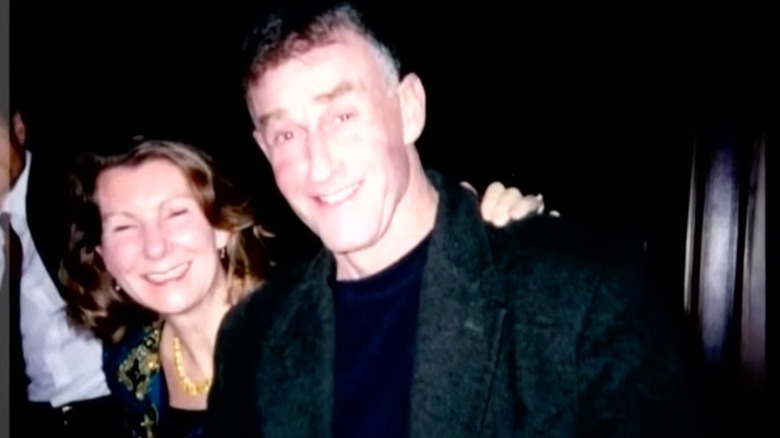 Unlike most convicted felons, Michael Peterson isn’t wanting for money. Peterson was already financially well off before he gained notoriety for his second wife’s death. As the author of numerous novels inspired by his time working in the Department of Defense, Peterson made a comfortable living for himself, per Cinemaholic. His wealth only increased after Kathleen Peterson’s death when he received a $1.4 million insurance payout and an additional $384,000 from his late wife’s employer, per The Herald Sun.

At the time of the trial, prosecutors suggested that Peterson murdered his wife due to his financial situation. Experts testified that the Petersons were spending hundreds of thousands of dollars more than they made in the years leading up to Kathleen’s death. They were also around $142,000 in debt at the time, per CNN. Additionally, Peterson went further into debt trying to fight the case. Despite the debt, sources suggest Peterson was worth around $2 million when the trial began.

Upon his release from prison in 2017, Peterson began a memoir about the case released in 2019, which likely provided a nominal amount of income for the disgraced writer. Other than that, Peterson has been laying low and avoiding the spotlight. So, all in all, what is he worth today? According to Celebrity Net Worth, he is worth around $500,000. Not exactly the $2 million he once was, but also not too bad for someone who spent a decade in prison.