Running out of shows to watch? Don’t fret. Celebrate Hispanic Heritage Month with a plethora of binge-worthy Latinx titles. From comedies to juicy teen dramas, ET is rounding up the best Latinx shows on Netflix, Hulu, Disney+, CBS All Access and more streaming services, to keep you and your familia entertained during quarantine.

Grab your novio/a, parents, siblings, abuela, the niños or roomies — there’s plenty for everyone — and discover your soon-to-be-favorite Latinx show.

Kick up your feet, descansa and unwind with these feel-good and nail-biting shows from the comfort of your home. And for even more recommendations, make sure to check out our guide for everything new on Netflix in August.

Moderated by Diego Luna, the series brings together politicians, activists and different personalities to approach fundamental issues of universal interest in contemporary societies, accompanied by menus from renowned chefs in Mexico. Pan y Circo opens the conversation about controversial issues in an intimate and honest context, bringing together opposing points of view and positions that on several occasions end up in closer agreement. 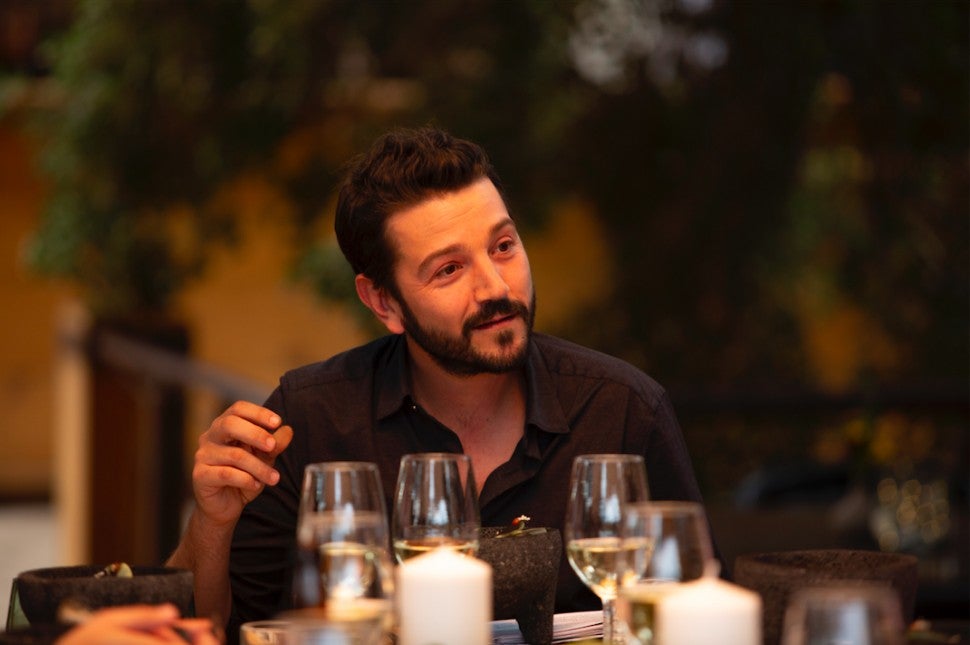 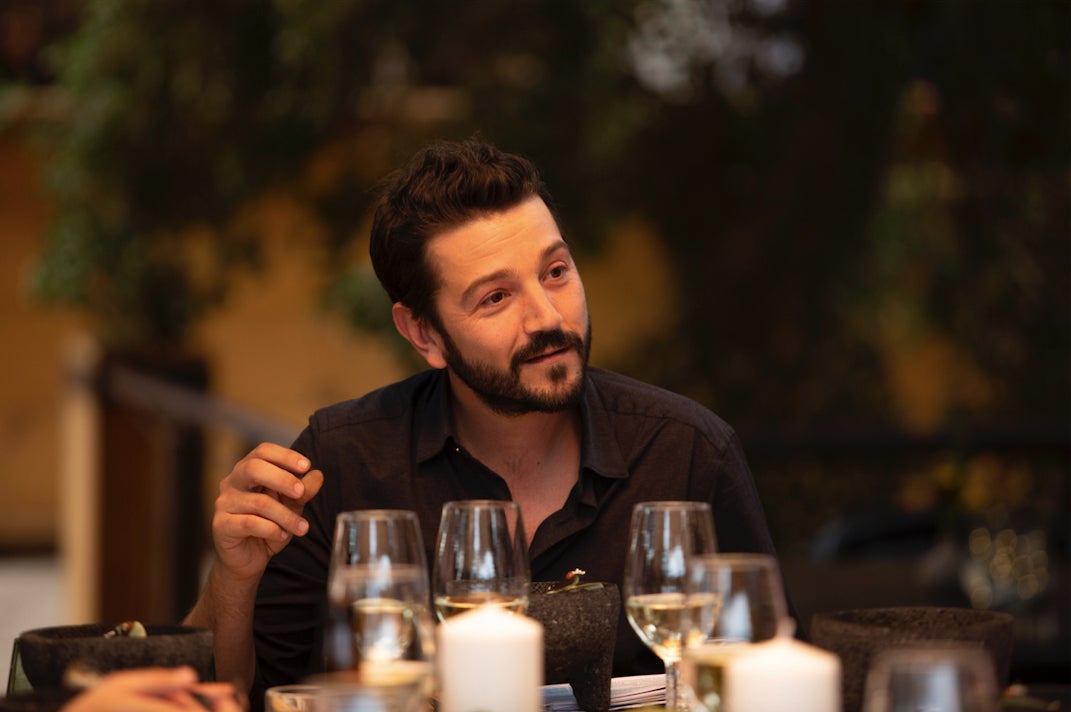 The new adaptation stars newcomer Elyfer Torres as Beatriz “Betty” Aurora Rincón Lozano, an intelligent, Mexican American woman who graduated with honors as an economist with a master in finance. In search of her dream job, Betty encounters many months of rejection. However, her bright and positive attitude lands her a job as a personal assistant to Armando Mendoza (Erick Elías), the president of fashion agency, V&M Fashion.

Stream Betty in NY on Peacock. 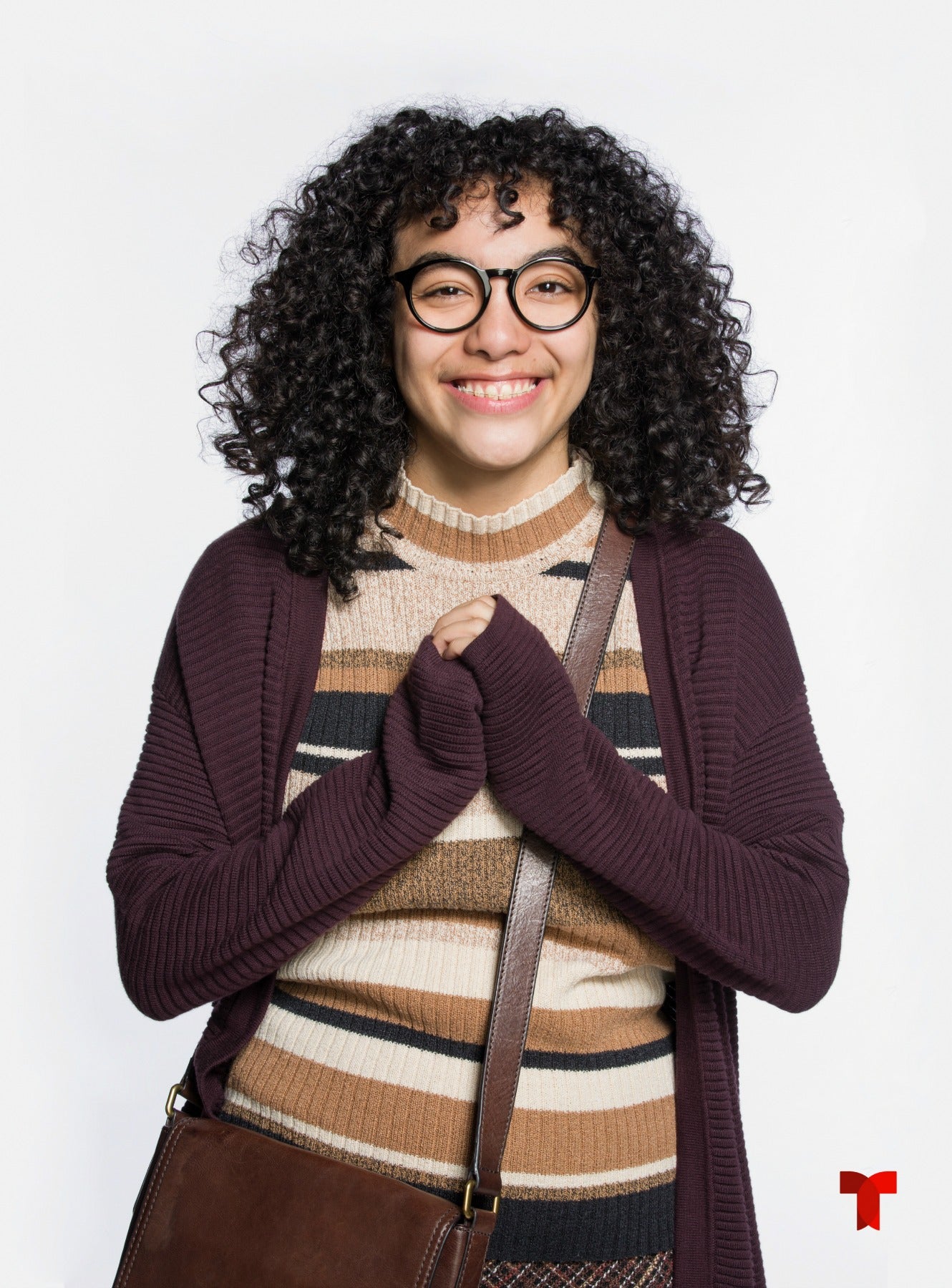 The new comedy, which premiered April 2, follows Jackie (Pauley Perrette), a single suburban mother who gets a surprise visit from her estranged sister, Elizabeth (Natasha Leggero), and her sister’s wealthy, big-hearted husband, Javier (Jaime Camil), along with his loyal assistant, Luis (Izzy Diaz). All three arrive at Jackie’s doorstep in need of a place to live after they lose all their money. Stream the latest episodes on CBS All Access and watch new episodes Thursdays at 9:30 p.m. ET/PT on CBS. 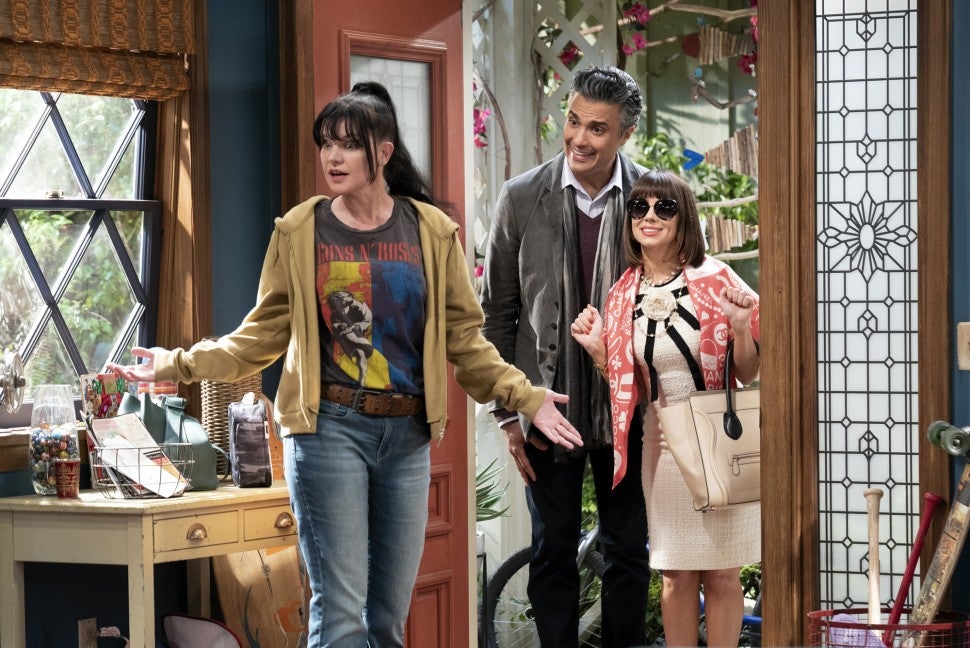 The Baker and the Beauty (ABC on Hulu)

The romantic dramedy follows Daniel Garcia (Victor Rasuk), a hardworking, grounded, middle-class guy who works at his beloved Cuban family’s Miami bakery. After he breaks up with his longtime girlfriend, Daniel unexpectedly meets and enamors famous superstar and fashion mogul Noa Hamilton (Nathalie Kelley). Soon, the anonymity he craved goes out the door as his life is thrust into the spotlight amid a blossoming romance. Catch up on Hulu and watch new episodes Mondays at 10 p.m. ET/PT on ABC.

Stream The Baker and the Beauty on Hulu. 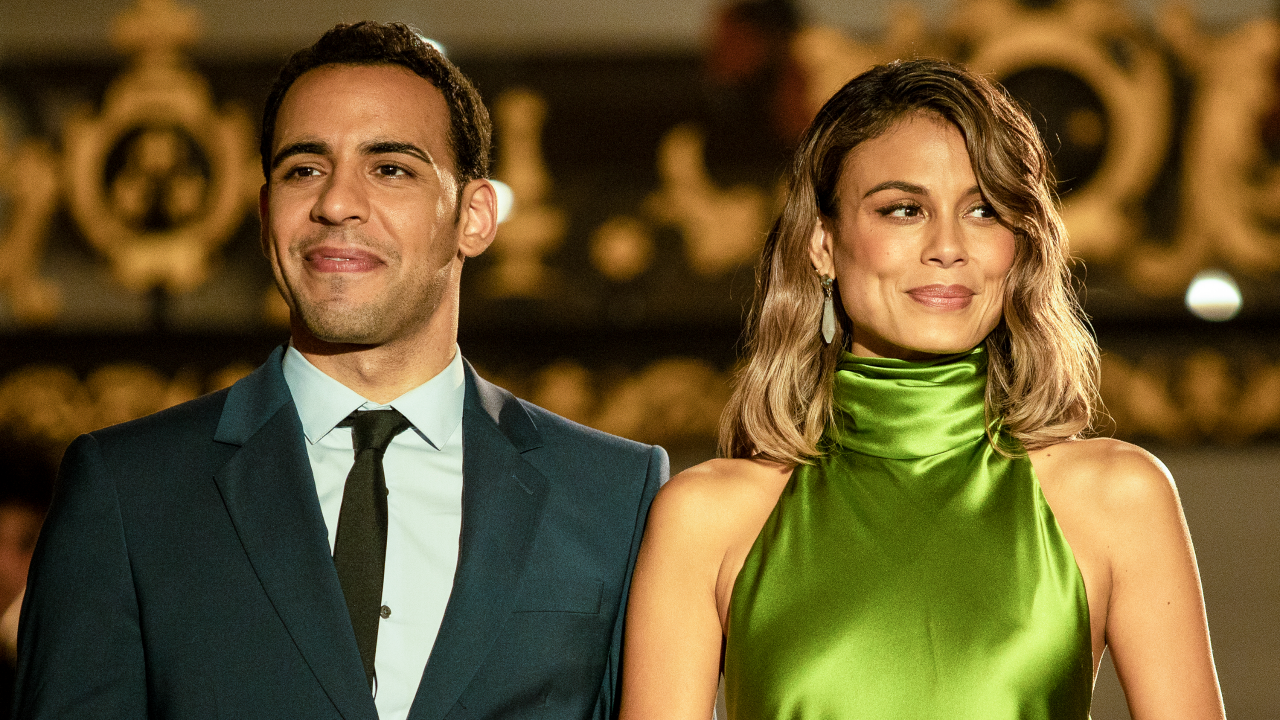 Ana de la Reguerra takes on a heightened version of herself in Pantaya’s new comedy, Ana. The titular character — a struggling actress — embarks on a journey of self-discovery upon realizing that her life has been controlled by appearances. Semi-autobiographical, embellished and a lot of fun, de la Reguera aims to show audiences that life at 40 isn’t the end of the road but an opportunity to explore your full potential. 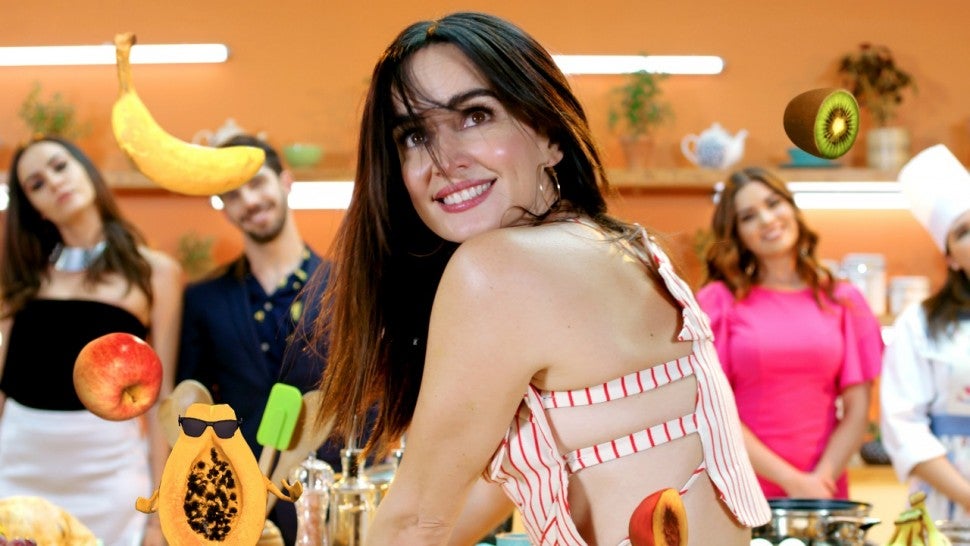 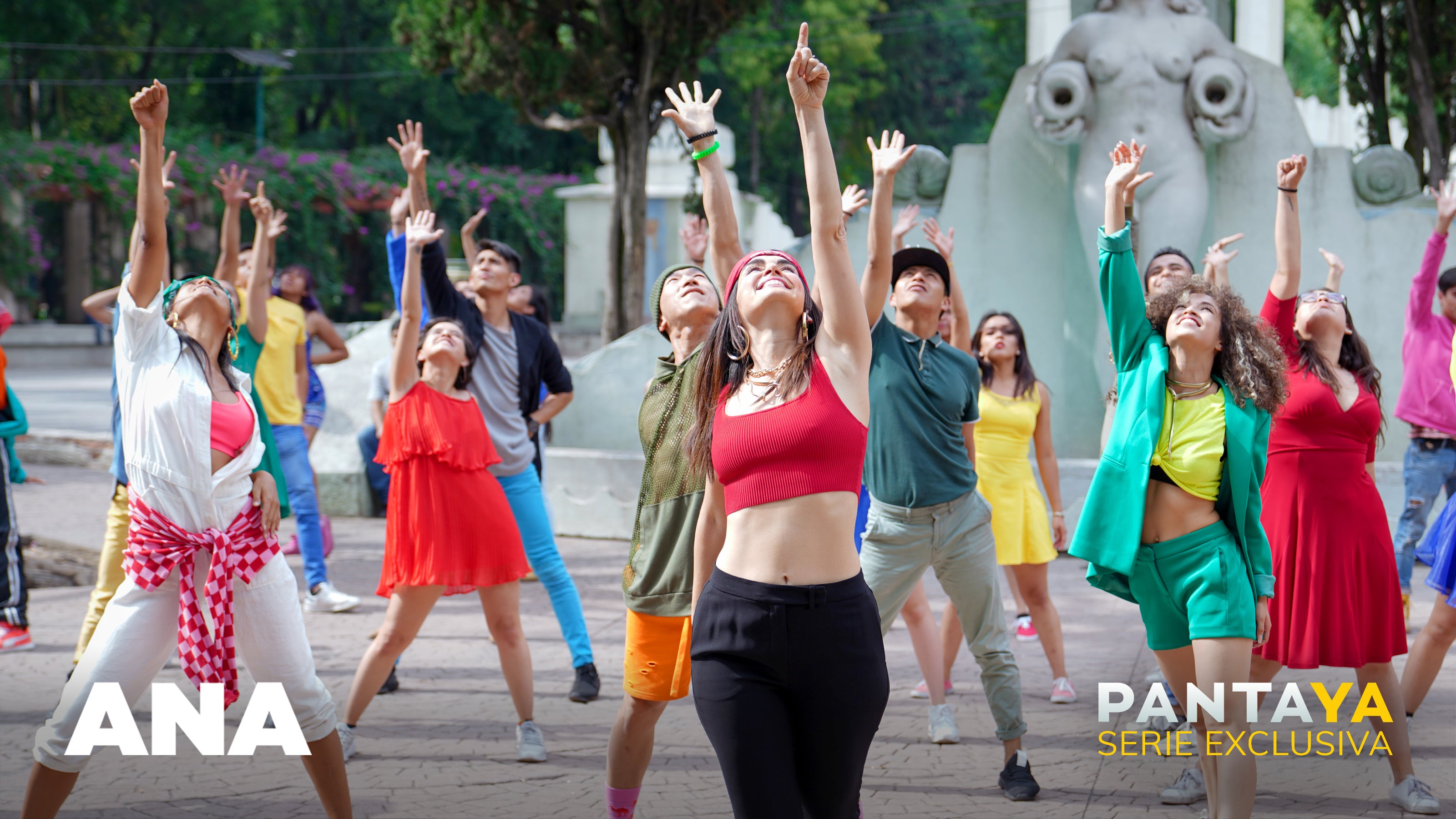 On My Block (Netflix)

Stream On My Block on Netflix. 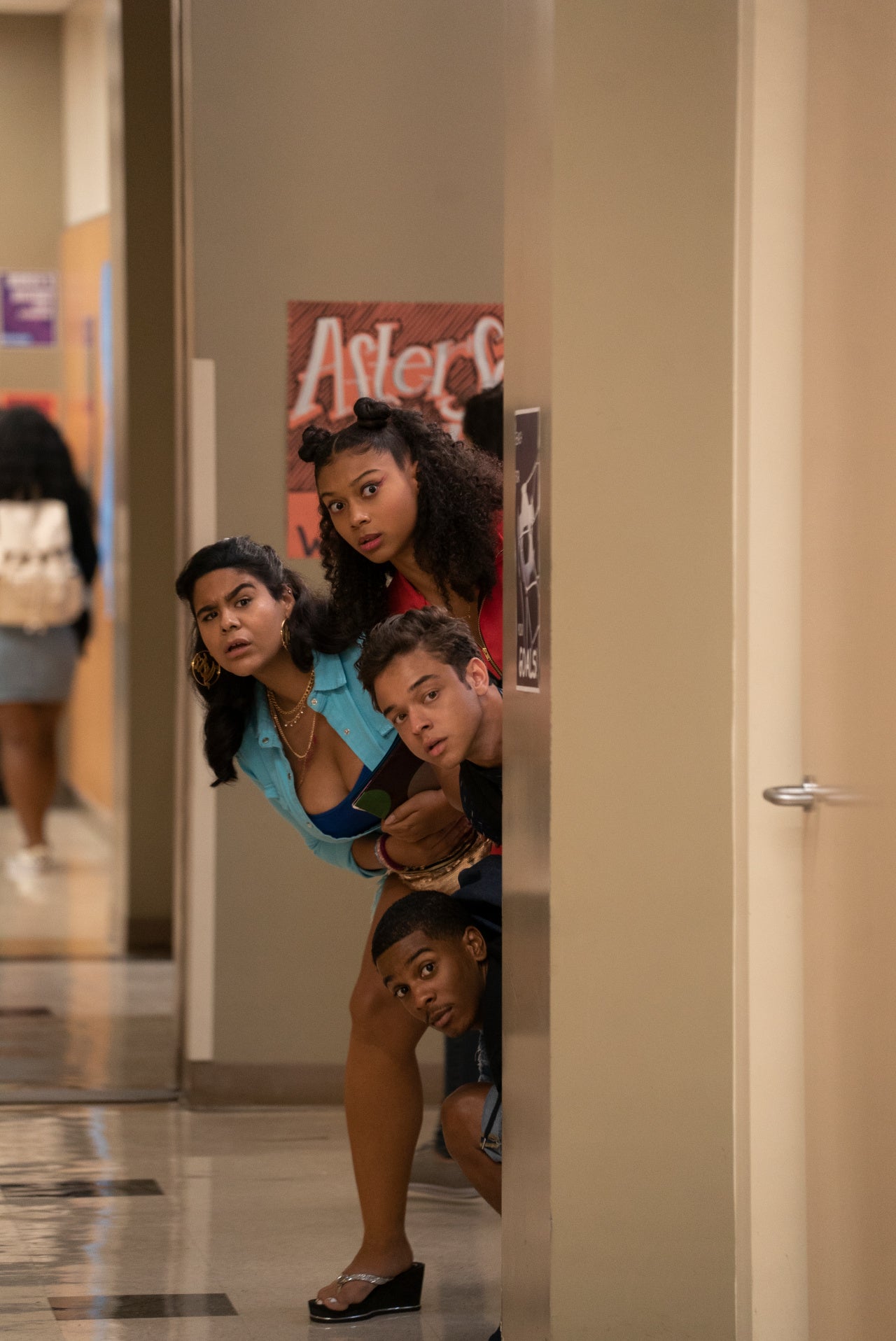 Eugenio Derbez has been keeping busy amid quarantine. Follow the comedian as he tries to make a variety show with his wife, Alessandra, his five-year old daughter, Aitana, and his English bulldog, Fiona. The episodes are a combination of monologues, sketches and fan feedback, as well as video calls with his three older children and celebrity friends. The first episode is free to stream. 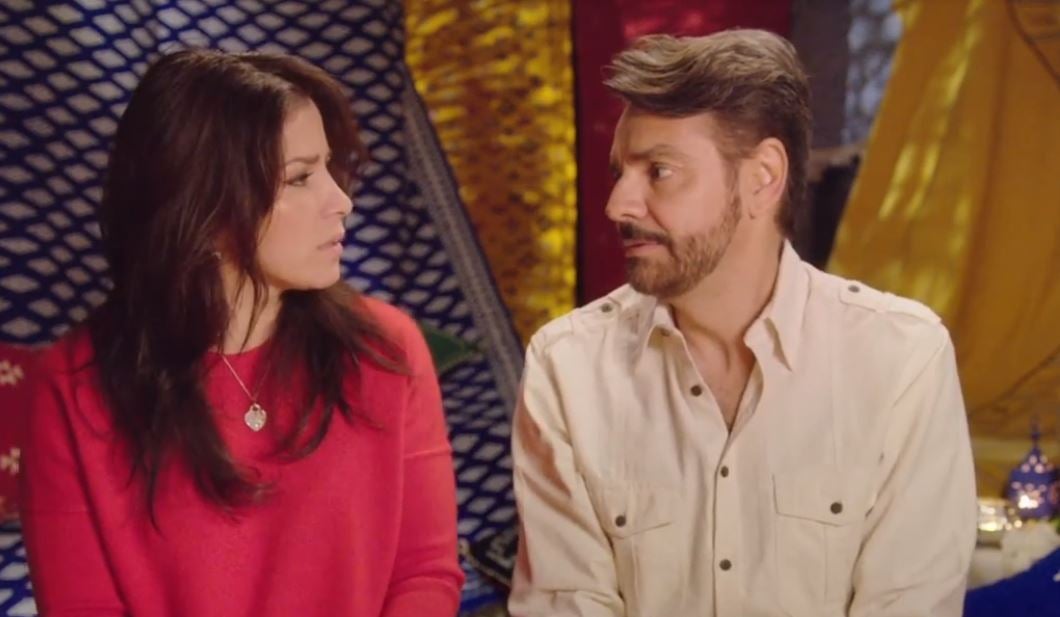 One Day at a Time (Netflix and Pop TV)

Inspired by Norman Lear’s beloved 1975 sitcom of the same name, the remake follows the Cuban American Alvarez family as they deal with life, love and living together. It features a stellar cast, including the iconic Rita Moreno as matriarch Lydia, as well as Justina Machado, Isabella Gomezand Marcel Ruiz. After being canceled on Netflix, it was picked up for a fourth season on Pop TV.

Stream One Day at a Time on Netflix and Pop TV. 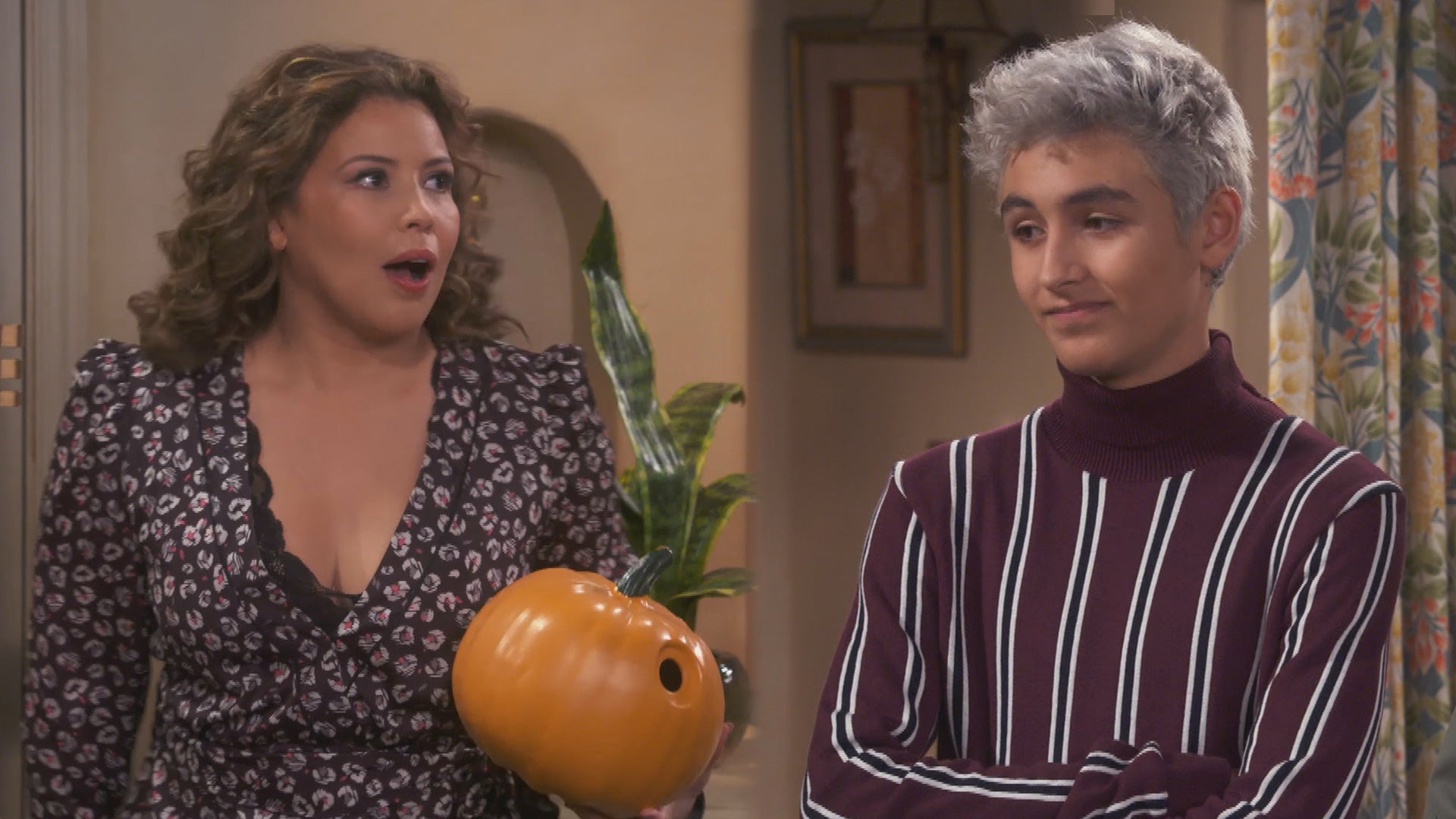 The 10-episode bilingual series follows three Mexican American cousins — Erik (Joseph Julian Soria), Ana (Karrie Martin) and Chris Morales (Carlos Santos) — as they attempt to forge their own paths while also balancing their cultural traditions and identity. Set in the Los Angeles neighborhood of Boyle Heights, the Spanglish dramedy sees the characters struggle with how changing society and gentrification have threatened their beloved area, their immigrant grandfather, Pop (Joaquín Cosio), and the family taco shop. The show recently got renewed for a second season. 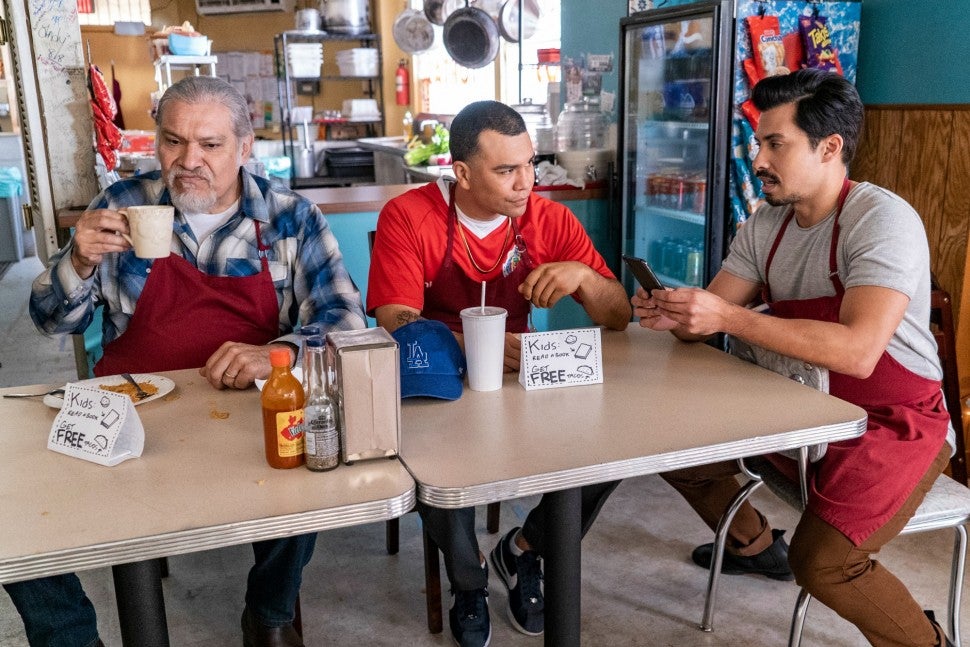 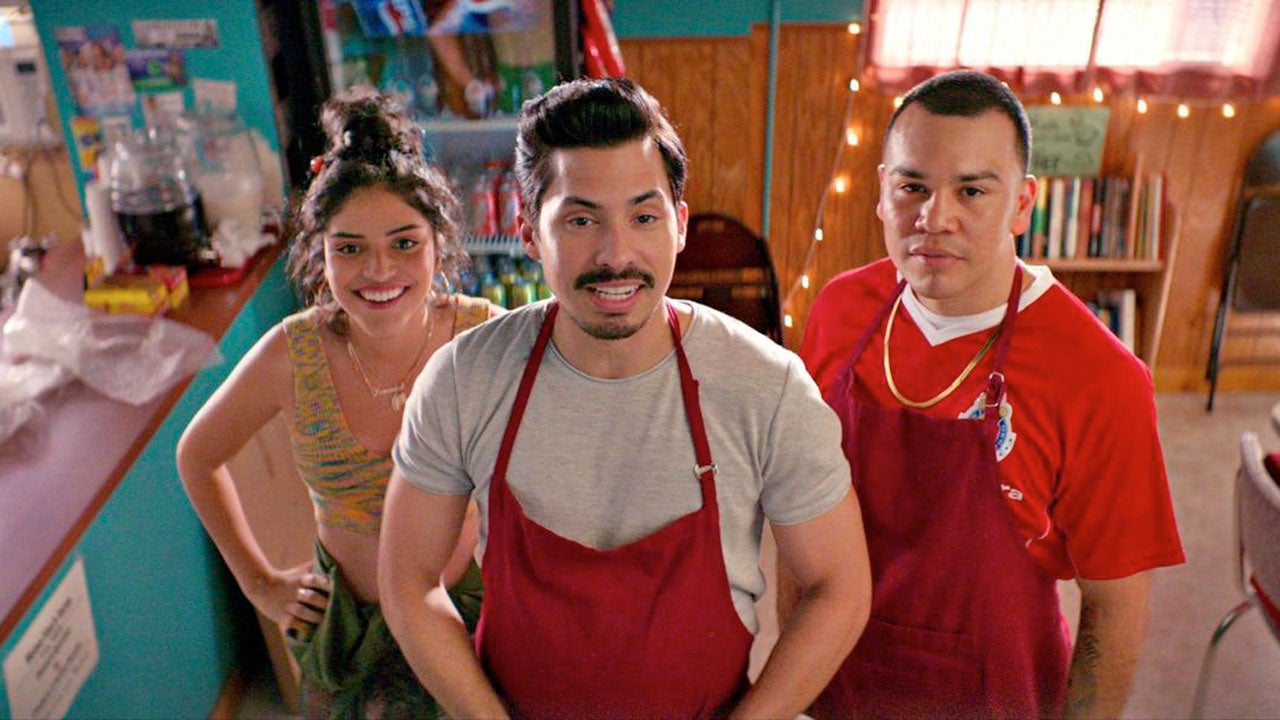 This dynamic tale centers around sisters Lyn (Melissa Barrera) and Emma (Mishel Prada) as they return to Boyle Heights, their childhood neighborhood in East Los Angeles, to deal with their mother’s sudden death. With a slew of ups and downs, grappling with grief, loss, sexual orientation and not fitting in to the predominately Mexican neighborhood, the two have to decide whether to stay and run the family business or go back to their old lives.

The new Charmed reboot centers on a new, younger crop of sisters — Macy (Madeleine Mantock), Mel (Melonie Diaz) and Maggie (Sarah Jeffery) — who, after the death of their mother, discover they are the Charmed Ones. 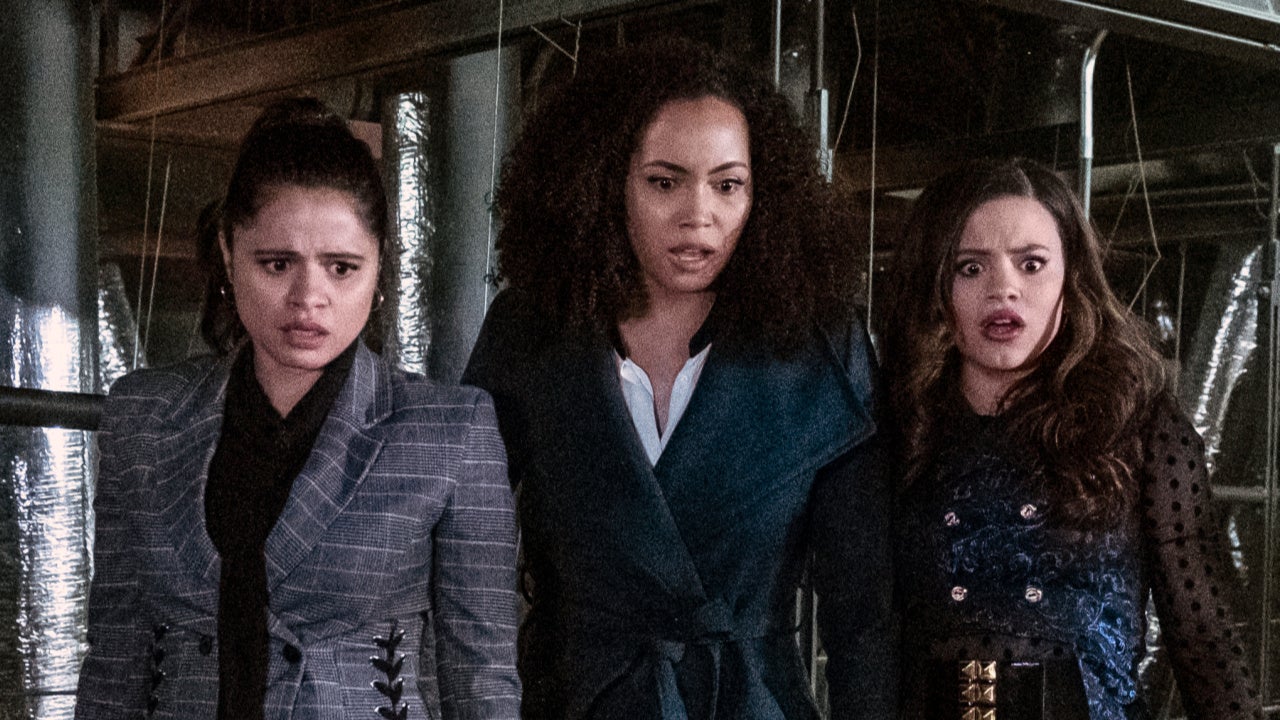 House of Flowers, as it’s called in English, follows the dysfunctional de la Mora family, which is thrown into chaos by the suicide of patriarch Ernesto’s longtime mistress, the revelation of the affair and the discovery of his illegitimate daughter. Add in matriarch Virginia (legendary Mexican actress Verónica Castro) and her many secrets, plus the equally complicated lives of her three children, Paulina (Cecilia Suárez), Elena (Aislinn Derbez) and Julian (Dario Yazbek Bernal), and it’s a recipe for a whole lot of drama and a whole lot of laughs. 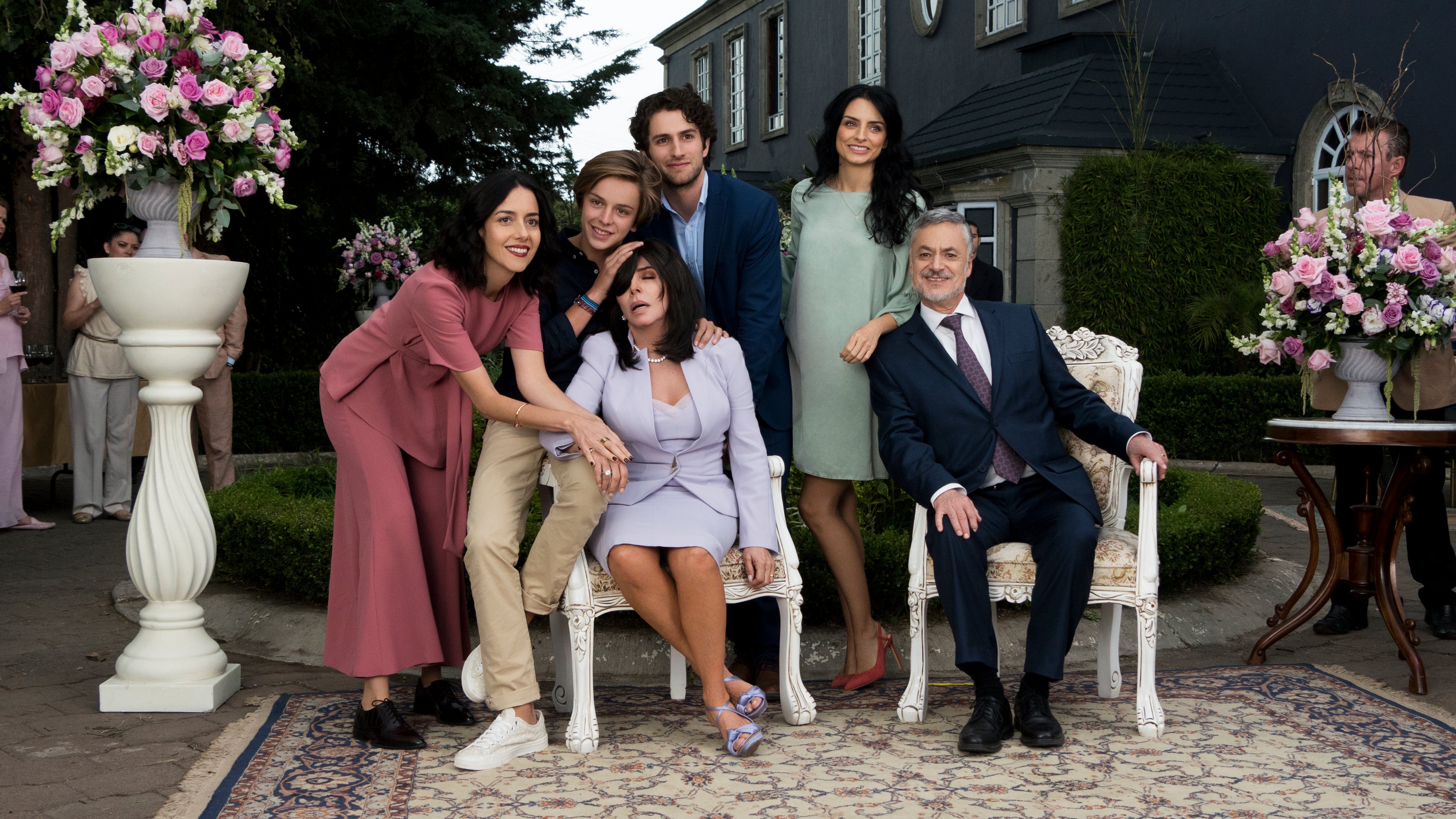 Starring Gina Rodriguez as the titular Jane, the heartwarming show follows her journey after she discovers that she was accidentally artificially inseminated. A devout Catholic and saving herself until marriage, Jane’s whole world turns upside down. The show also stars Jaime Camil, Andrea Navedo and Ivonne Coll. 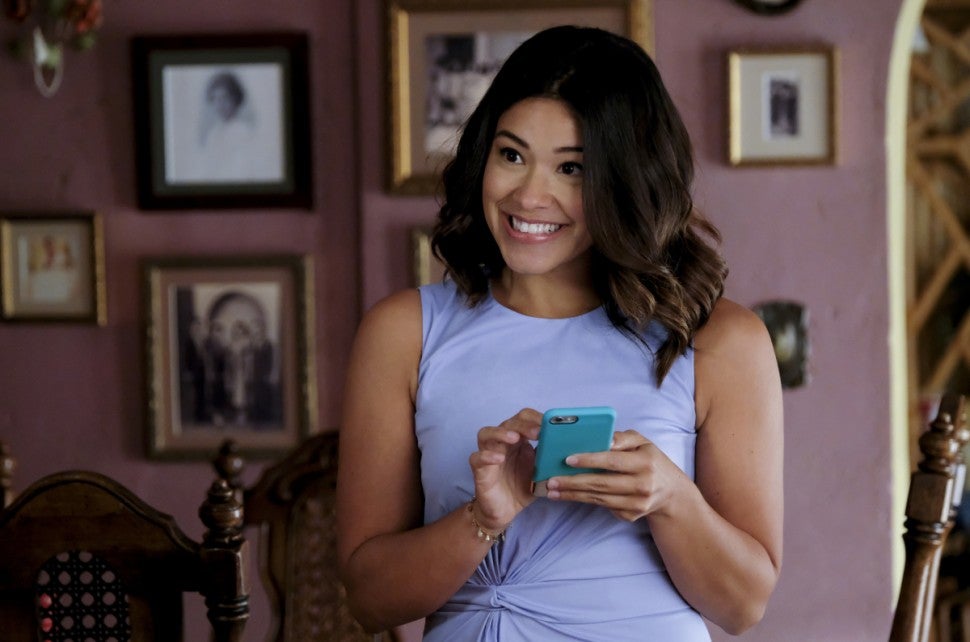 Stream Jane the Virgin on Netflix. 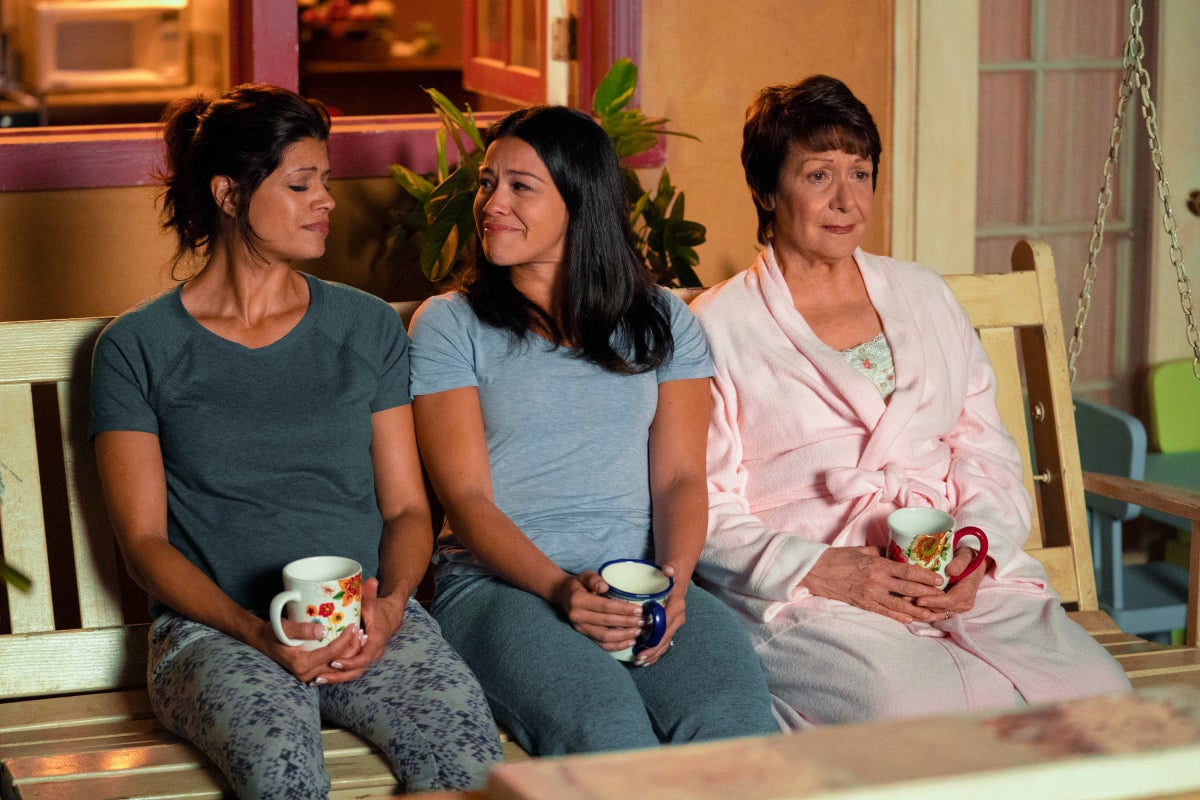 In three seasons, viewers get a dramatic retelling of Colombia’s infamously violent and powerful drug cartels, ruthless cartel leader Pablo Escobar (Wagner Moura), and the DEA agents who attempted to take him down. 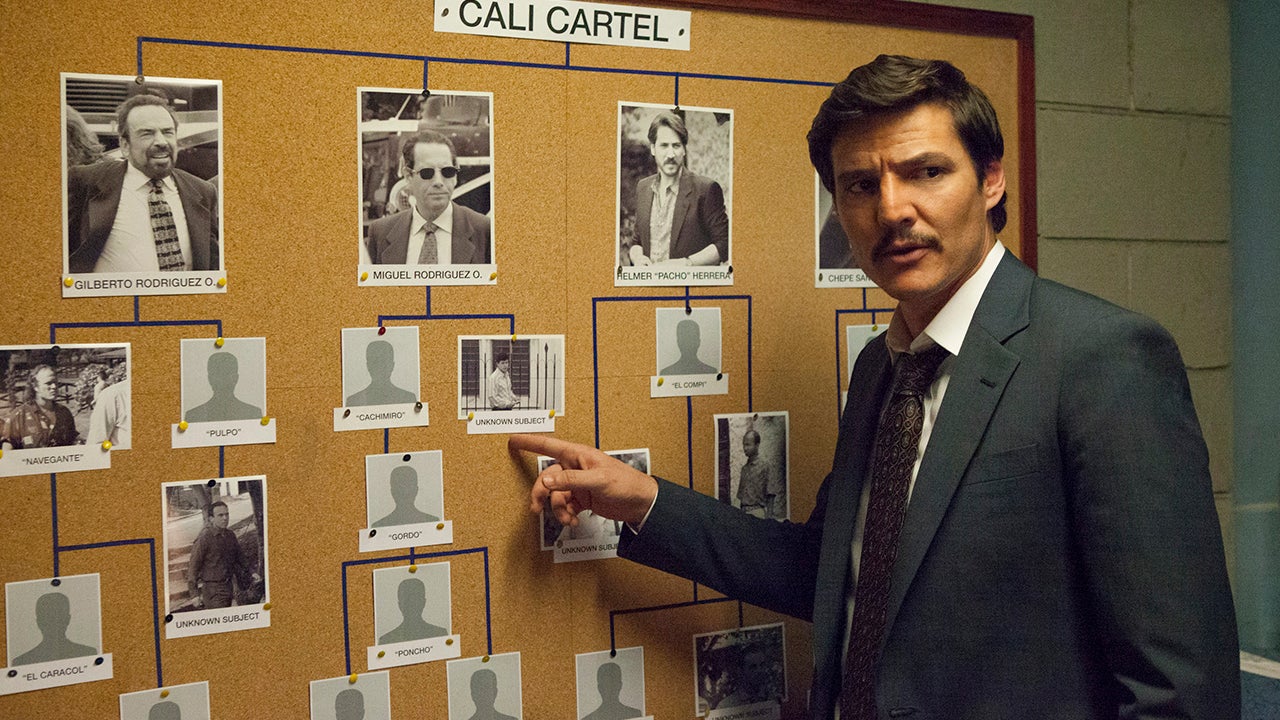 Diego Luna portrays Mexican drug lord Miguel Ángel Félix Gallardo aka El Padrino in the follow-up series, as he’s chased down by undercover DEA Agent Kiki Camarena (Michael Peña) in the 1980s. The season was originally developed as Narcos‘ fourth season; however, the creative team later decided that it could stand on its own as Narcos: Mexico. 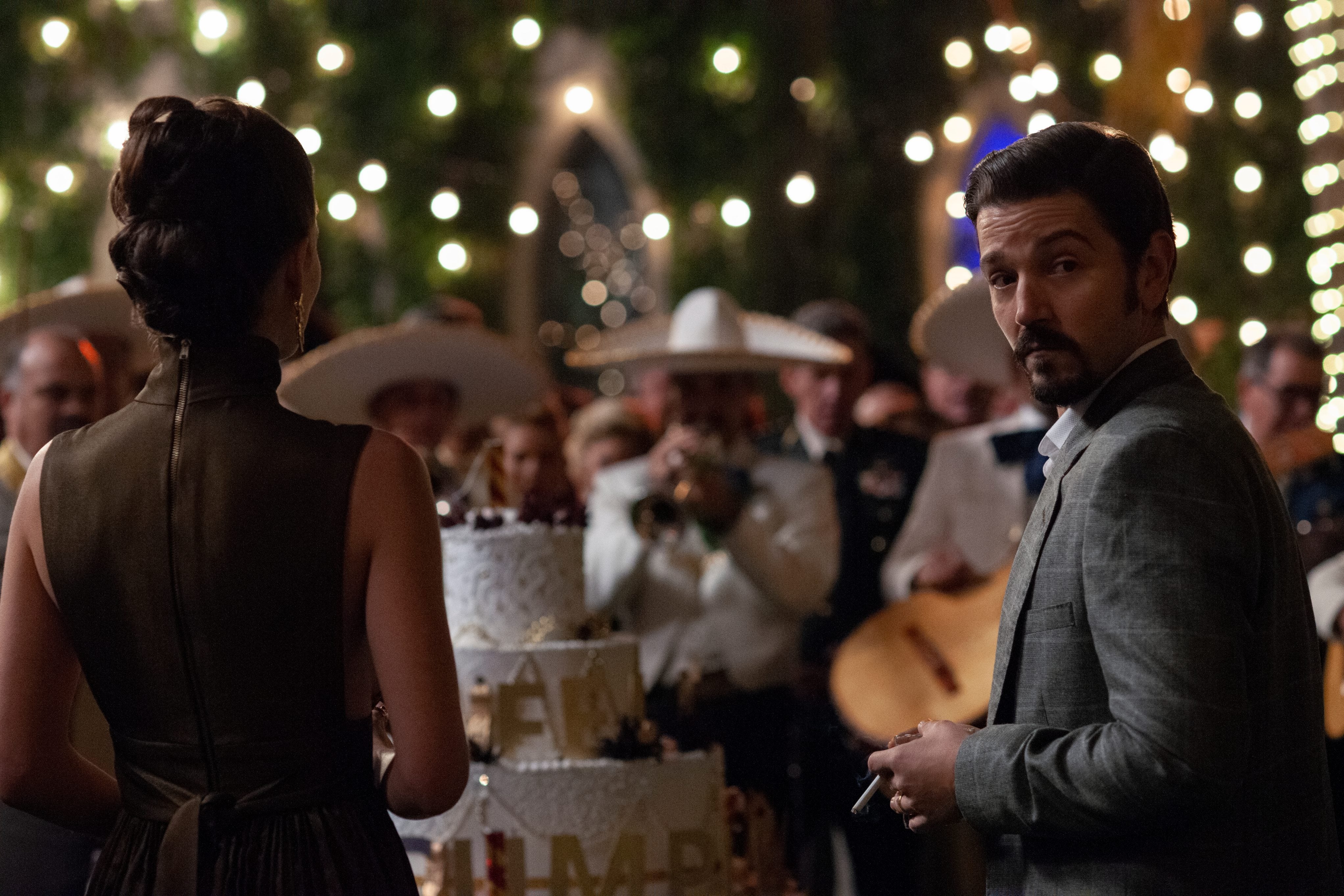 Comedian Gabriel Iglesias stars as a hilarious high school teacher who tries to make a difference in the lives of some smart but underperforming students at his alma mater. 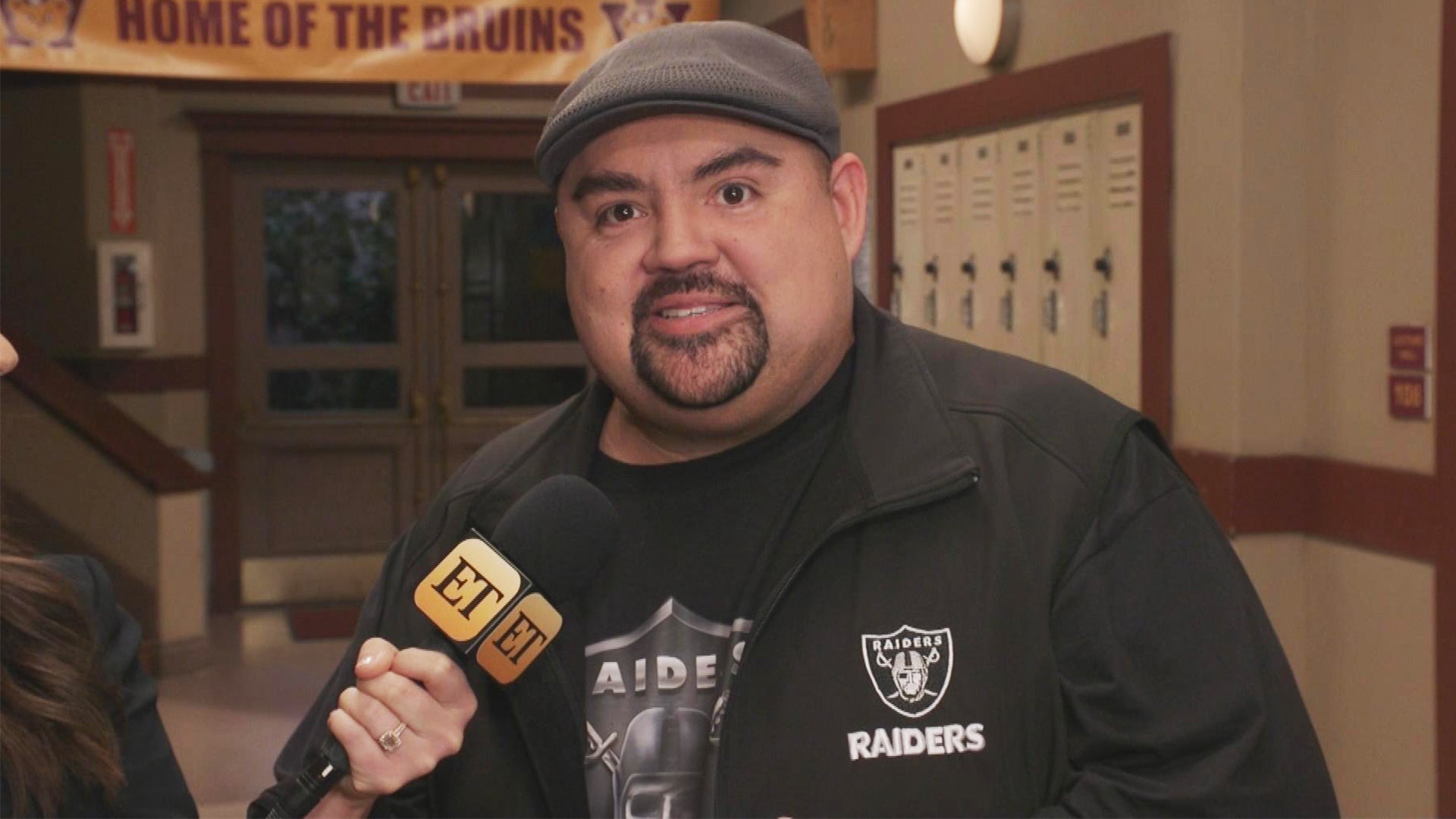 Diary of a Future President (Disney+)

Told through the narration of Elena (Tess Romero), a 12-year-old Cuban-American girl, Diary of a Future President follows her journey through the ups and downs of middle school and family life, as it sets her on a path to becoming the future president of the United States. Gina Rodriguez, who produced the show, plays the older Elena. Orange Is the New Black star Selenis Leyva portrays her mother, Gabi.

Stream Diary of a Future President on Disney+. 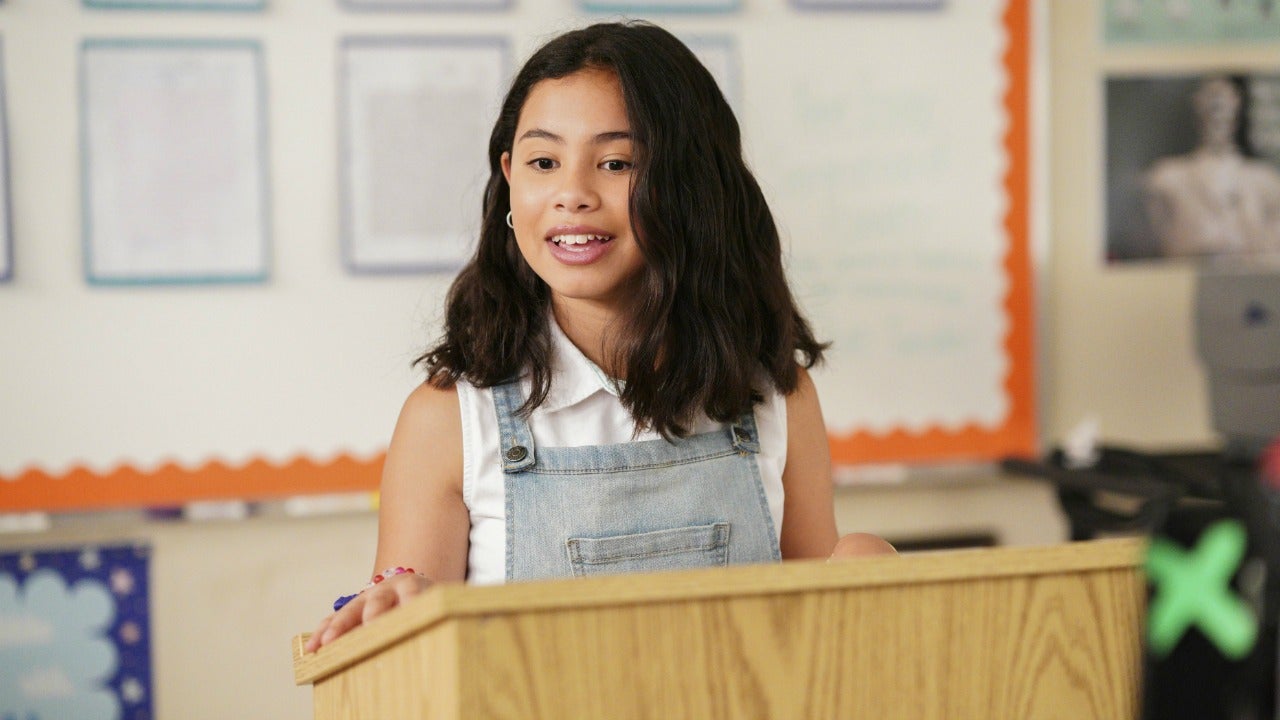 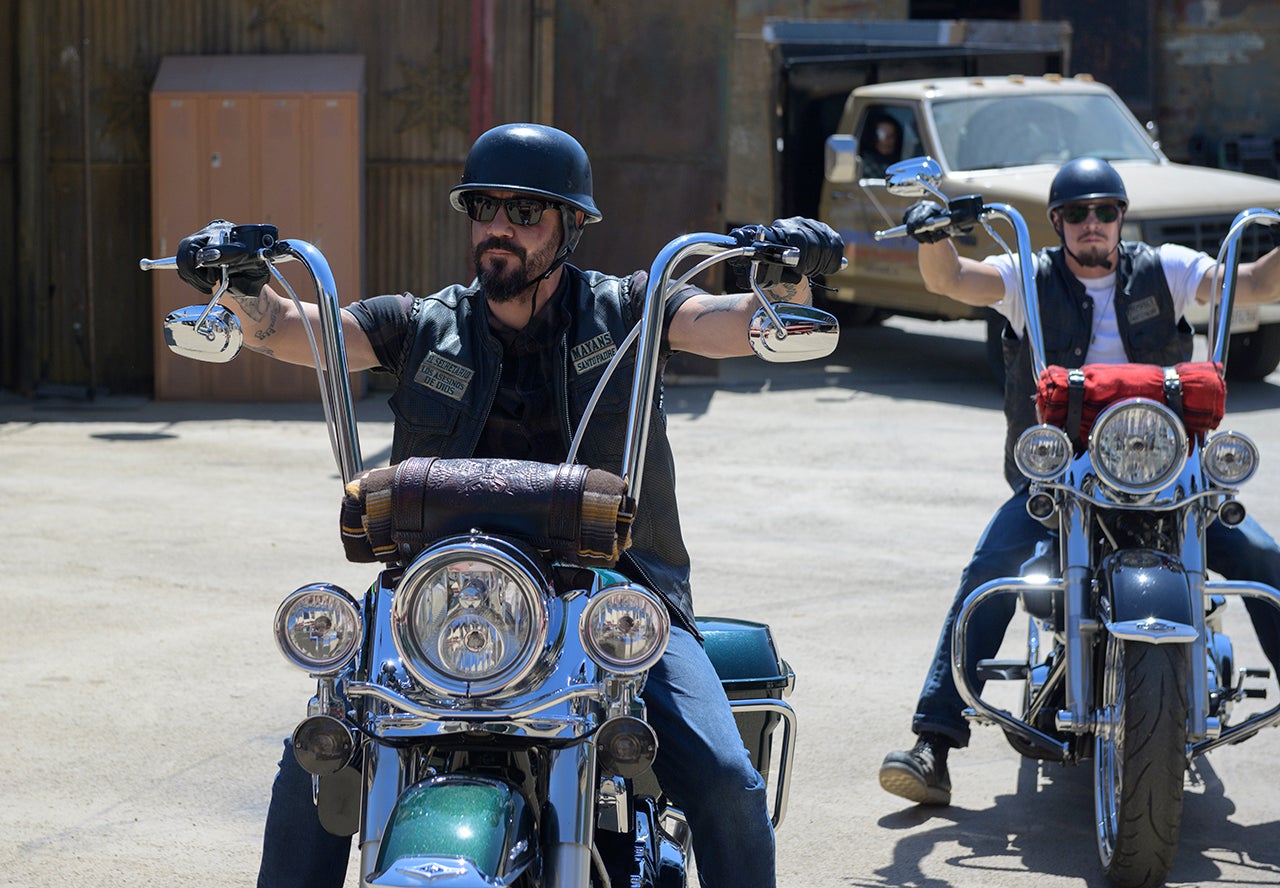 The CW reboot stars Jeanine Masonas Liz Ortecho, a Mexican-American woman who returns to her hometown of Roswell and discovers that her teenage crush, Max Evans (Nathan Parsons), and his family are aliens. The story might be the same, but it also tackles socially conscious topics. 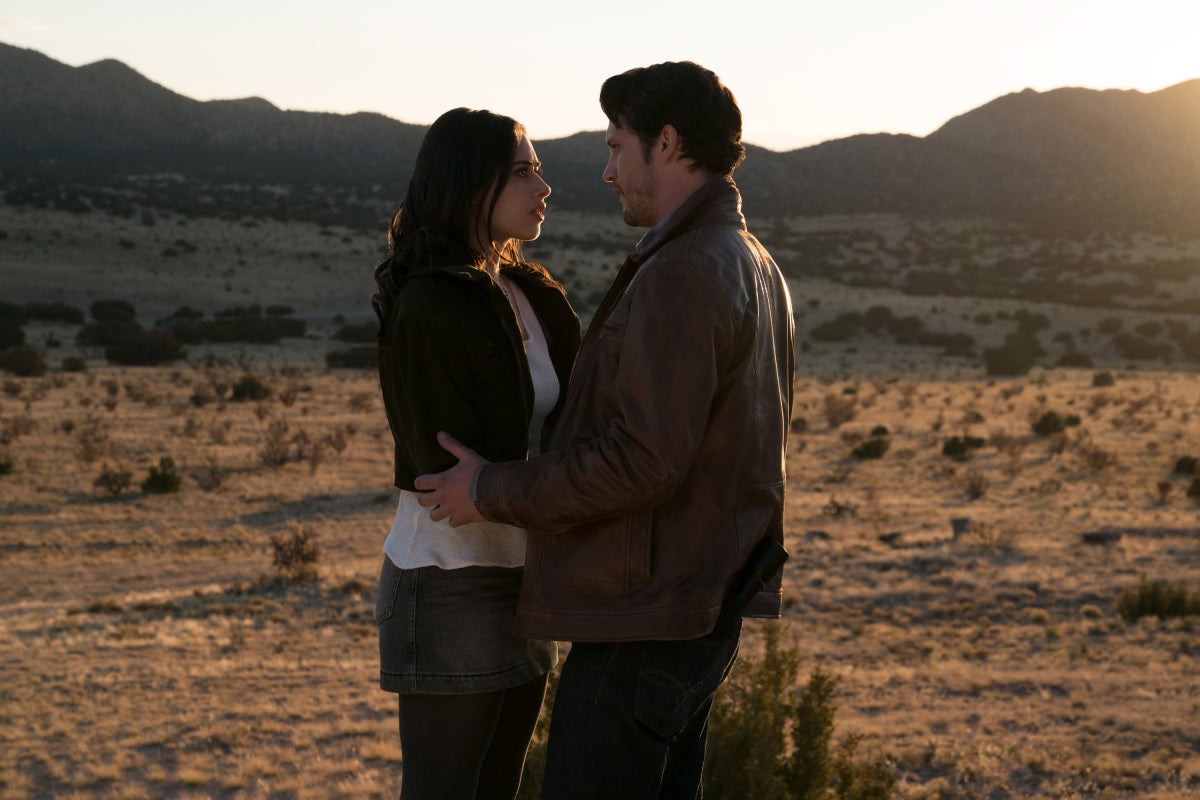 The Freeform series centers around the Acosta siblings as their parents — Javier (Bruno Bichir) and Gloria (Fernanda Urrejola) — suddenly get deported to Mexico. Right from the beginning, the reimagined version is as heart-wrenching as it sounds and is not only a story made for television, it is what thousands of people have gone through. 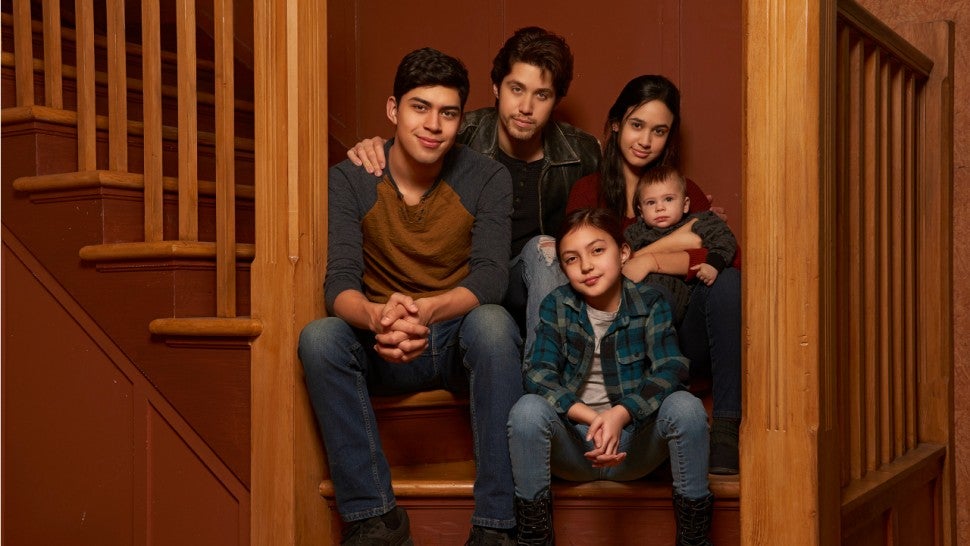 Stream Party of Five on Hulu.

Ashley (Paulina Chávez), a 15-year-old robotics engineer and rocket scientist, moves across the country to California to work for NASA and live with her uncle, a high school football coach, portrayed by Jencarlos Canela. This 30-minute series is perfect for the whole family.

Stream The Expanding Universe of Ashley Garcia on Netflix. 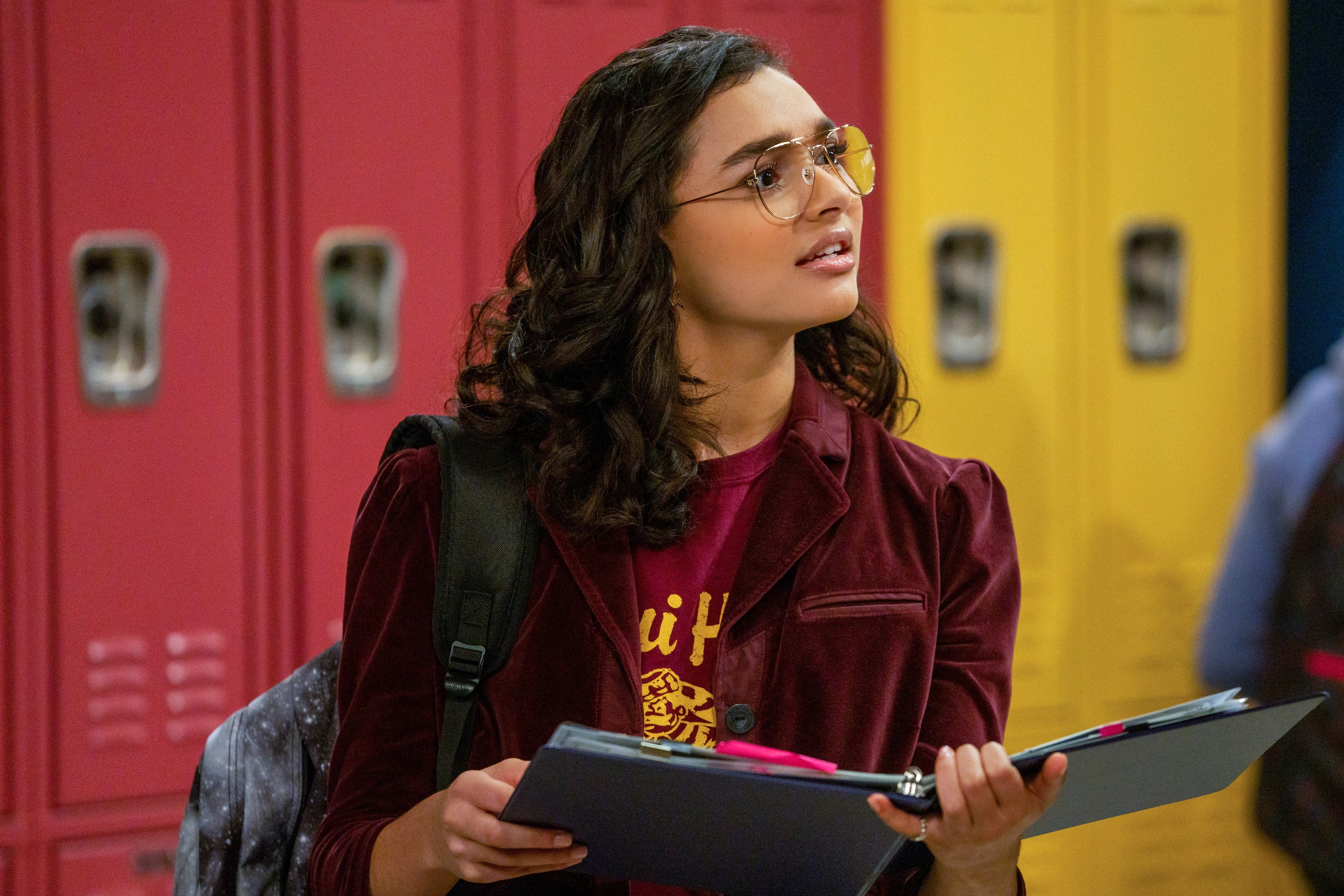 Starring Kate del Castillo, this telenovela will instantly hook you! Follow Teresa Mendoza, a naive woman and girlfriend of a Mexican involved in drug trafficking, as she becomes the leader of a drug cartel. Twists, turns, massacres and more arise. 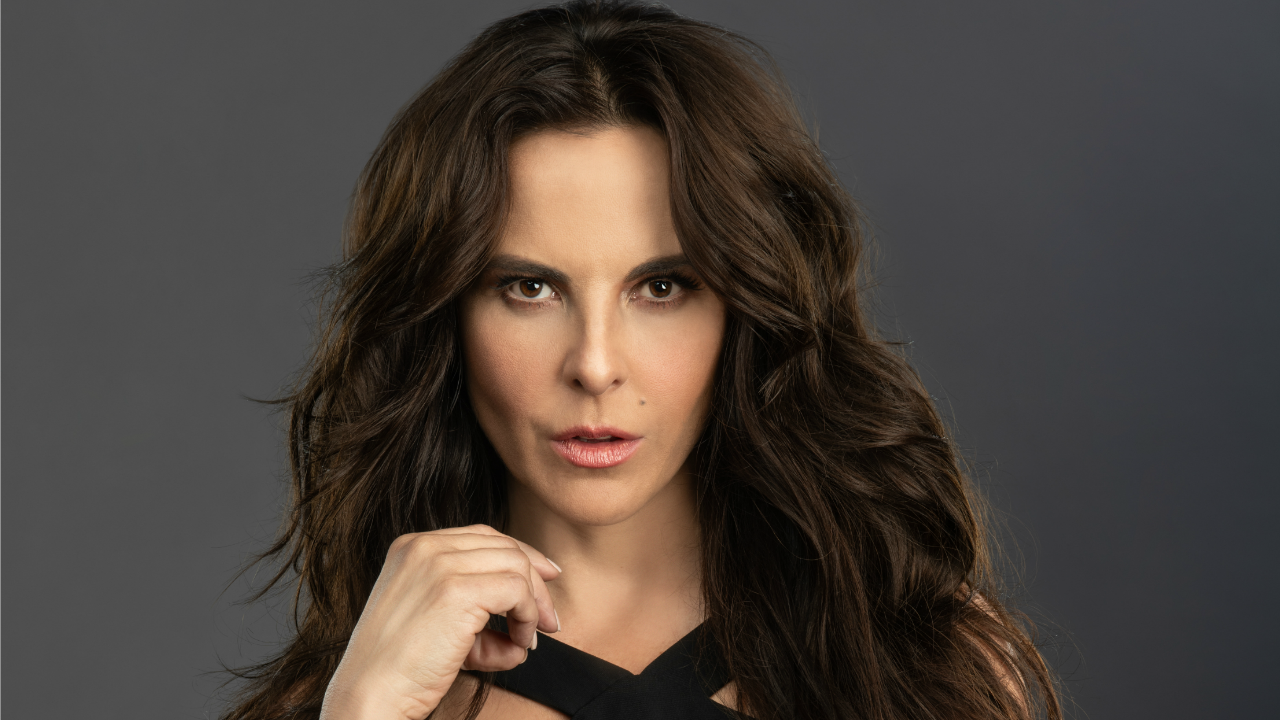 This isn’t your regular family drama! After 20 years, Ana María (Irene Azuela) returns to Mexico and vies for control of her family’s tequila empire as it threatens to crumble after her father gets murdered. But her brothers, Joaquín (Juan Manuel Bernal) and Andrés (Osvaldo Benavides), won’t make it easy. 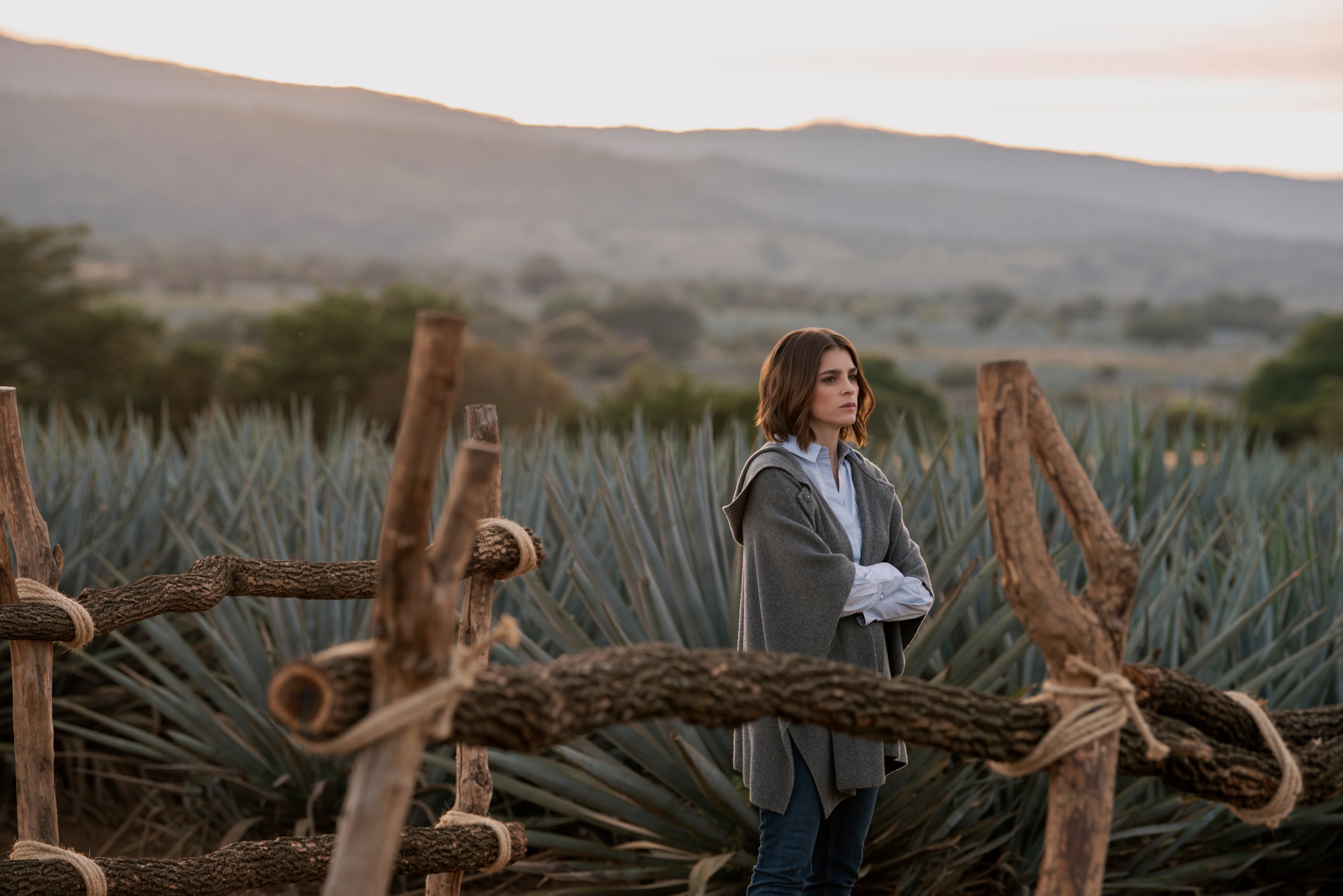 The Spanish thriller became an instant hit when it premiered on the streaming service in 2018. This ensemble drama begins when three working-class teens enroll in an exclusive private school in Spain and the clash between them and the wealthy students leads to murder. Things only get more complex and intense as the seasons go on. 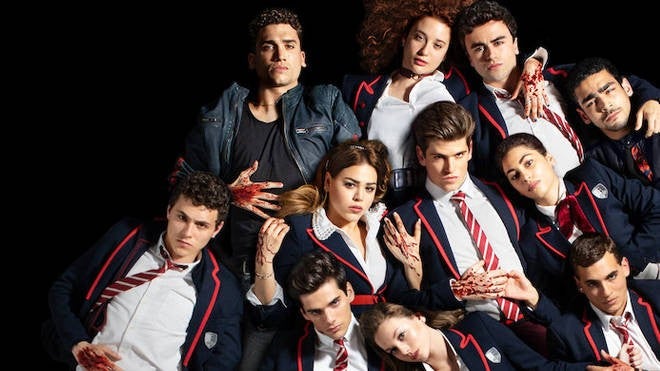 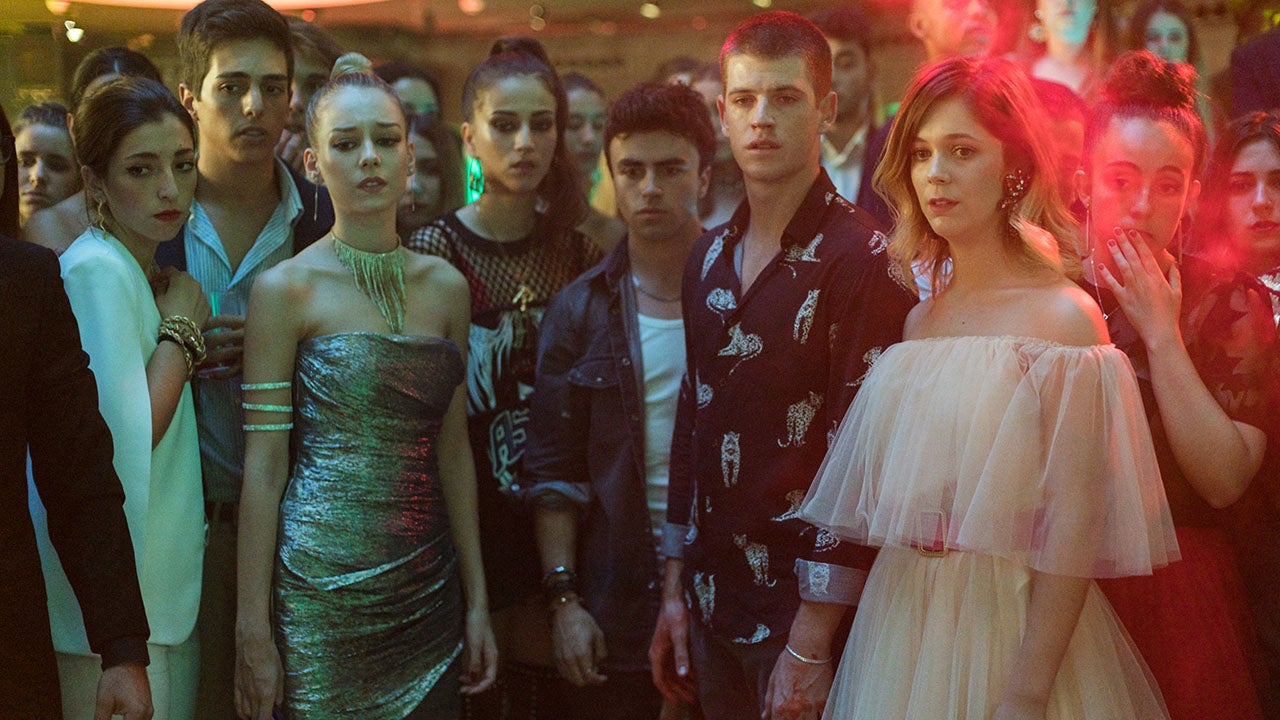