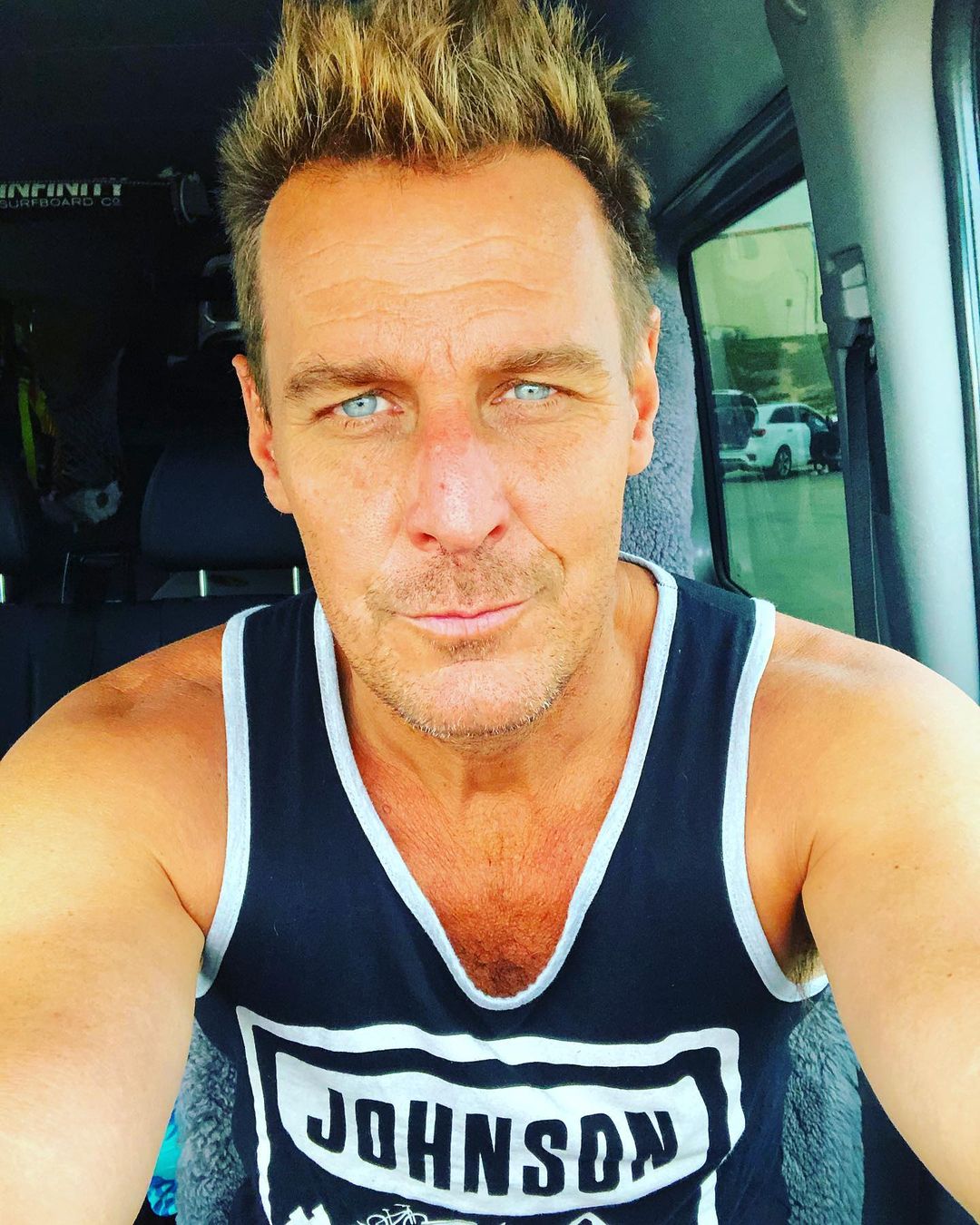 If you would have told me pre-pandemic that so many conservatives would be dying from a preventable disease and losing their jobs out of pure stubbornness I would not believe you, but here we are. As the vaccine mandates go into effect we’ve seen countless sports stars and actors screw up their careers by refusing to comply. The latest is Ingo Rademacher, Jax on General Hospital, who won’t be returning to the show. He’s been sh-tcanned after refusing to comply with the vaccine mandate. He’s been posting a bunch of anti-vaxx content and he even posted an anti-trans meme over the weekend. Ingo has been on General Hospital on and off for 25 years.

Longtime “General Hospital” star Ingo Rademacher is out at the long-running ABC soap opera because he declined to comply with the production’s vaccine mandate. His last episode is scheduled to air on Nov. 22, Variety confirmed.

News of his departure comes amid backlash to a transphobic meme and anti-vax sentiment he posted on social media Sunday. Rademacher has played the character Jasper “Jax” Jacks on the daytime medical drama since 1996 and has been a regular on the show for 25 of its 59 seasons.

The anti-trans meme shared by Rademacher on his Instagram account was a photo of recently elected Virginia lieutenant governor Winsome Sears, the first Black woman to hold the post, and Dr. Rachel Levine, a four-star admiral in the United States Public Health Service Commissioned Corps. The image’s caption was: “Hello, and welcome to ClownTown, where the dude on the left is an empowering woman, and the woman on the right is a white supremacist.” It had originally been posted by a conservative commentator.

Rademacher also shared an anti-vaxxer message on Instagram on Sunday. It stated that he would “stand with you to fight for medical freedom.” Before this incident, the actor had been outspoken on his social platforms about his opposition to COVID-19 vaccine mandates and had subsequently come under heat for his views.

On Monday, Rademacher posted a video of himself on Instagram apologizing for not “crossing out dude” in the meme and that his intention was to highlight the “hypocrisy of the left-wing media.” He also directly apologized to Cassandra James, a transgender woman and “General Hospital” co-star, calling her an “absolute talent” and “very beautiful.” James had previously reacted to the transphobic post on Twitter, expressing her disappointment with Rademacher.

This dude is 50. He’s been on General Hospital his entire career with a few guest appearances in other shows. He finished fifth on Dancing with the Stars in 2013. Maybe he’s saved enough cash to retire at this point but I doubt it. He should call up Gina Carano and ask her how she’s been able to make ends meet after being an anti-trans POS online. I’m sure we’ll hear him crying about cancel culture next.

I watched this whole video below and you owe me. He calls people using the hashtag #FireIngo “bigots” because these white anti-vaxxers love to play the victim like they were born this stupid and can’t help it. He uses the vaccines 95% effectiveness rate to claim that the mandate doesn’t make sense (when that’s how all vaccines work and 95% is awesome). He also claims that natural immunity is better than getting vaccinated, which is so false. These people lack very basic reasoning skills that they should have learned in grade school. He also uses the “opinion” argument about vaccines. Science ≠ opinions and stupid opinions like this kill people. There’s another video he posted trying to explain his anti-trans meme but I’ll spare you. You can watch that here. At least he figured out how to fix the aspect ratio.

Patagonia would like to be left out of this conversation.