The Duke and Duchess of Sussex have been open about their family ties in their new Netflix documentary, Harry & Meghan, giving fans an insight into their private lives.

From the first set of episodes, it’s clear that Prince Harry and Meghan Markle both share a close bond with Harry’s cousin Princess Eugenie and her husband Jack Brooksbank. But what about her older sister, Princess Beatrice?

WATCH: What we have learned from Harry and Meghan’s Netflix documentary so far

The couple revealed details of their final date on 29 October 2016 before news of their relationship became public. They mentioned how they went to a party with Princess Eugenie and her then-boyfriend, now-husband Jack. Meghan said: “We thought well, this could be our last shot to just go out and have fun,” and Harry remarked: “Pull the pin on the fun grenade, which we did.”

There’s no denying Princess Eugenie’s relationship with her cousin has always been more public, since they have often been pictured partying together and tend to hang out with one another along with their spouses. Eugenie also introduced Harry’s ex-girlfriend Cressida Bonas to him.

Although they are close, Prince Harry shared a glimpse into his childhood with both Eugenie and Beatrice as well as his brother Prince William. He touched upon their shared experience of being exposed to the media from a very young age. 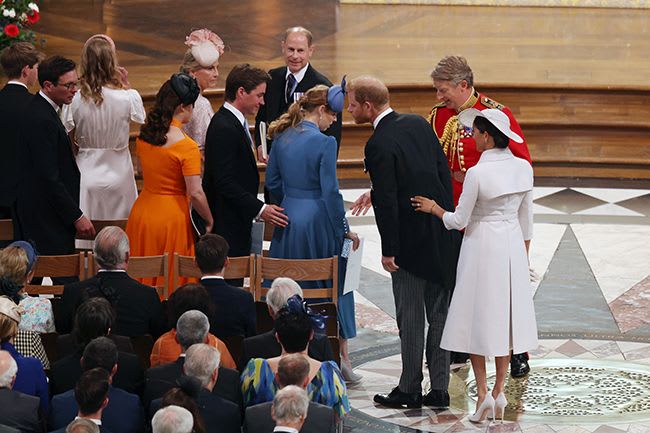 Prince Harry and Meghan seen with Princess Beatrice in June

In the first episode, there was footage of Harry standing in front of photographers for an arranged photo call on a skiing holiday in Switzerland in 1995. He explained: “Paparazzi used to harass us to the point of where we had to be forced into smiling and answering questions to the travelling press pack. And that made me feel really uncomfortable from the get-go.”

IN CASE YOU MISSED:

Harry & Meghan episode one: all the best bits

Harry then added: “And the deal was we’d put our skis on and they’d then leave us alone. Well, some of them would. But then the other ones would just then follow us around either taking photographs or waiting for an accident to happen and then put out their cameras, so it was never fair, it never worked.”

Despite this shared experience, Harry and Beatrice have been there to support one another for major milestones. She was a guest at his May 2018 wedding in Windsor Castle. 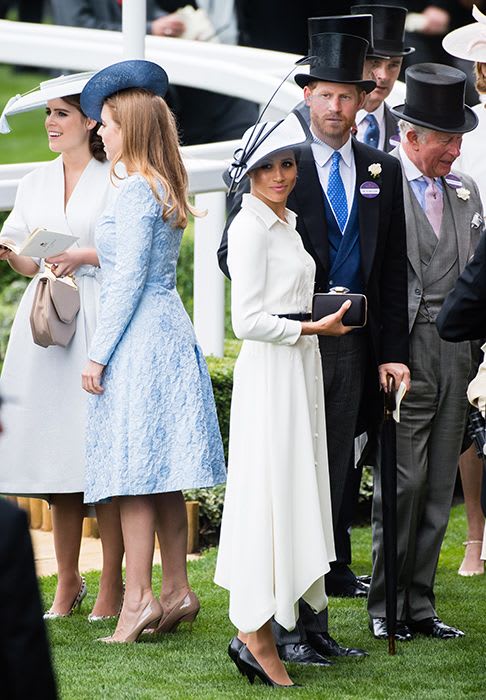 The couple share a close bond with Princess Eugenie

Then two years later, Harry and Meghan wasted no time in congratulating Princess Beatrice and Edoardo Mapelli Mozzi when they married during the pandemic in July 2020.

At the time, as previously reported in HELLO!, a source close to the Sussexes revealed that they congratulated Prince Harry’s cousin and her new husband privately. The Duke and Duchess had been living in Los Angeles with their then one-year-old son Archie since stepping back from royal duties in March.

During the late Queen’s Platinum Jubilee in June, Prince Harry and Meghan shared pleasantries with Beatrice and her husband Edoardo at the National Service Of Thanksgiving at St Paul’s Cathedral.

Make sure you never miss a ROYAL story! Sign up to The Royal Explainer newsletter to receive your weekly dose of royal features and other exclusive content straight to your inbox.