Jennifer Lopez showed off her toned figure while joining Ben Affleck for a gym session on Monday afternoon, just one day after they were spotted hanging out at a local house together.

Jennifer Lopez, 51, and Ben Affleck, 48, are staying healthy together! The singer and actor were spotted going into Anatomy gym in Miami Beach, FL for a workout session on May 24, one day after happily reuniting in the sunny city. They were photographed separately during the outing and wore clothing perfect for an afternoon of exercise. 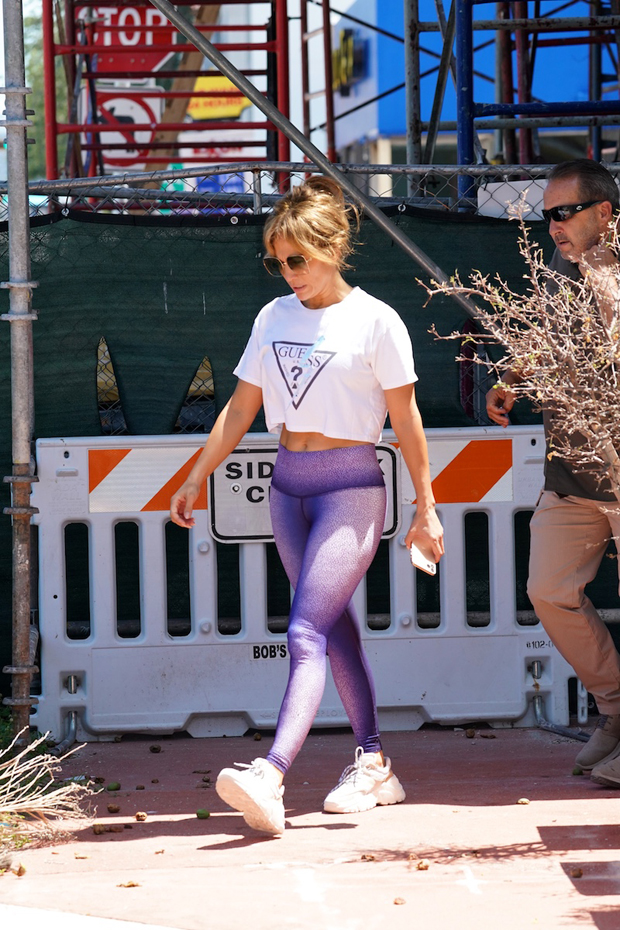 Jennifer looked incredible in a white short-sleeved crop top and purple leggings while Ben rocked a dark blue T-shirt and black pants. The “Love Don’t Cost a Thing” crooner also added sunglasses to her look as she had her long locks tied up into a messy bun. Ben wore his own shades as well as a black face mask. 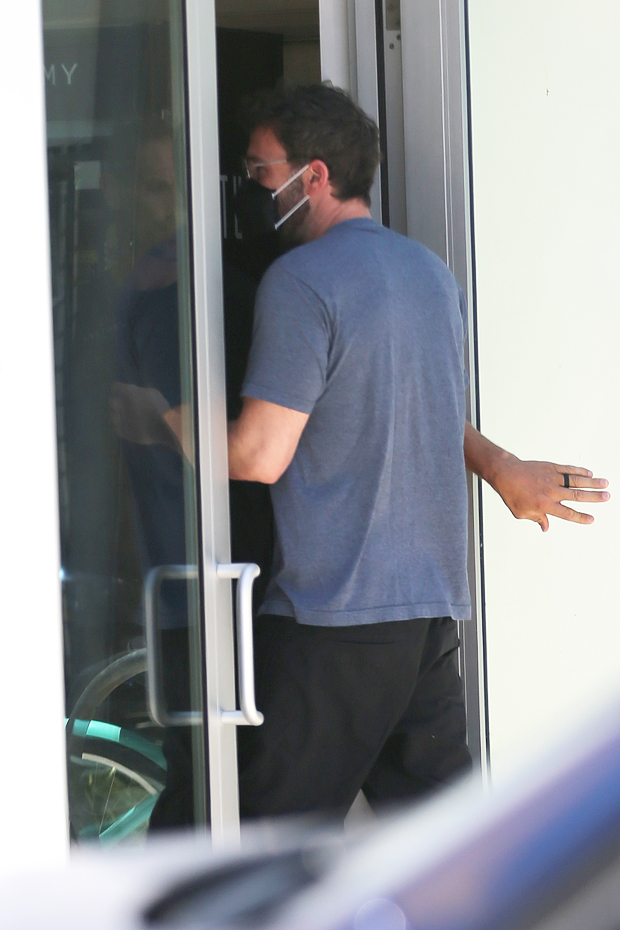 The reported lovebirds’ latest outing comes one day after they were photographed together for the first time since their getaway to Montana earlier this month. They were seen coming down a set of stairs while smiling outside her Miami house. Earlier in the day, Ben was photographed arriving at the Miami airport, keeping eyewitnesses on alert that a reunion with his ex-fiancee was most likely in the near future.

Although Jennifer and Ben have yet to confirm their reconciled romance, their most recent outings together has a lot of fans excited for the hopeful return of “Bennifer.” The Selena star broke things off with longtime love Alex Rodriguez, 45, last month and the Good Will Hunting star’s last reported relationship was with actress Ana de Armas, 33, whom he broke up with in Jan. This leaves things wide open to give their relationship another chance.

As a lot of fans know, Jennifer and Ben were one of the hottest couples in Hollywood from 2002-2003 before breaking off their engagement in 2004. “They’re taking things very slow,” a source told HollywoodLife EXCLUSIVELY in early May. “She’s always said in interviews that he’s the one who got away, and she means it. But they’re just going with the flow of it all right now and not over-thinking it or putting pressure on it.”