J.Lo’s most recent casual outfit is a blast from the past.

Over the weekend, Jennifer Lopez and Ben Affleck were spotted on a stroll to the Regency Theatre in Los Angeles. For the outing, Lopez wore a fun, festive sweater paired with ripped skinny jeans and a purple mask. She finished the colorful look with a signature pair of khaki Timberlands. Meanwhile, Affleck wore a casual gray T-shirt under a red flannel and black jacket.

The couple were on their way to watch the movie Licorice Pizza, and they were joined by their kids. 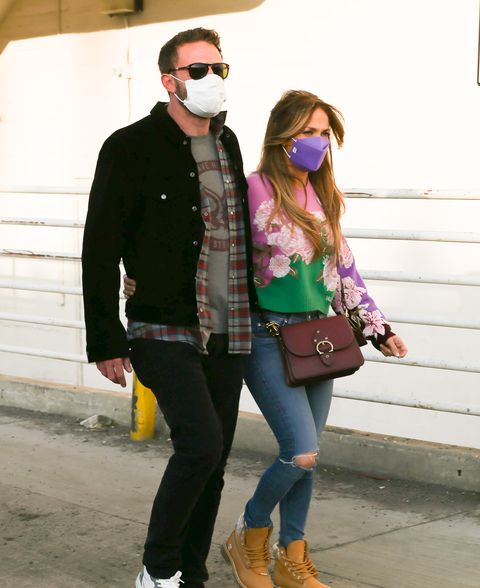 Thick-sole boots have been a longtime go-to for Lopez. She’s been seen on numerous occasions throughout the years wearing similar pairs of Timberlands for casual street outings. And following her performance at the Super Bowl Halftime Show in 2020, she posed with Fat Joe in a special Swarovski crystal-bedazzled pair from Timberlands’ then-unreleased collection in collaboration with Jimmy Choo. 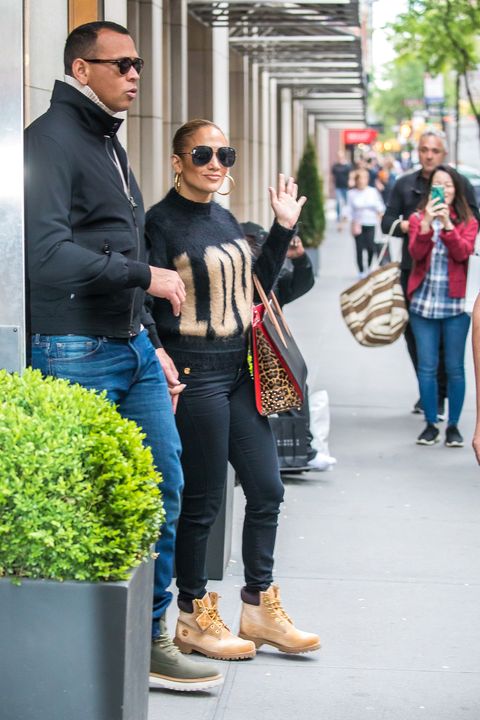 Lopez and Affleck have been mostly long distance in recent weeks. Lopez wrapped up filming in Smithers, Canada, for her upcoming movie The Mother, while Affleck has been shooting his upcoming film Hypnotic, based in Austin. But they were recently spotted out together in Beverly Hills the weekend following Thanksgiving.

The pair have been going strong. “Jennifer was very excited to come home and spend Thanksgiving with Ben,” a source told E! News. “[Ben’s] mom joined them and they had a lot of low-key family time with both of their families together.” The insider continued, “Jennifer enjoys the holidays and this was her first since she and Ben have been back together. She wanted to make it special for him and for the kids and to start new traditions.”