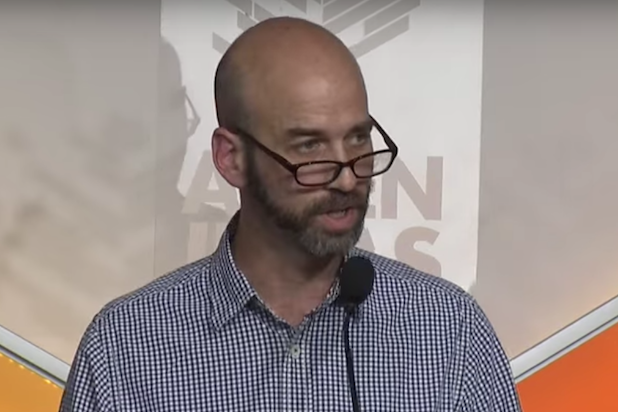 James Bennet has been named “visiting senior editor” at The Economist amid speculation that he is the “abusive boss” journalist Jennifer Barnett wrote about in a widely circulated Medium post last week.

A spokesperson for the Economist confirmed to TheWrap that Bennet officially joined Monday, but wouldn’t comment further.

Last week, Bennet was seemingly the subject of a Medium post by Barnett, who said she left her job in “prestige media” largely due to the actions of a male superior. She never named Bennet but dropped enough specifics that he could be identified.

Barnett worked as the managing editor at The Atlantic under Bennet. In the post, she mentioned her boss was also the head of the American Society of Magazine Editors. (Bennet was named ASME president in 2016.)

She wrote that her boss had a “rage problem” who demeaned her and other women. She detailed incidents — from being yelled at to being excluded from important meetings — that undermined her ability to do her editorial duties. Eventually, she reported the incidents to human resources but predicted he would continue to rise up in his career. She ultimately quit, she wrote, rather than watch it happen.

“Not long after I quit, he also left but he went on to be next in line to run the paper of record, and I was volunteering to write the newsletter for the parent organization at my kid’s school,” mused Barnett. “He’s since been fired, or rather resigned, for another major public failing but just last week I was told he’s working with the new editor in chief of the publication I left to write for them. He’s going to land on his feet. At the top.”

Bennet was ousted in June 2020 from his position editing the New York Times’ editorial pages after uproar over the publication of a column by Arkansas Sen. Tom Cotton that called for the military to crush the George Floyd protests.

Barnett’s Medium was widely shared on Twitter and earned over 10,000 claps (appreciations) from readers.

He did not immediately return TheWrap’s request for comment.

Lawrence Yee contributed to this report.