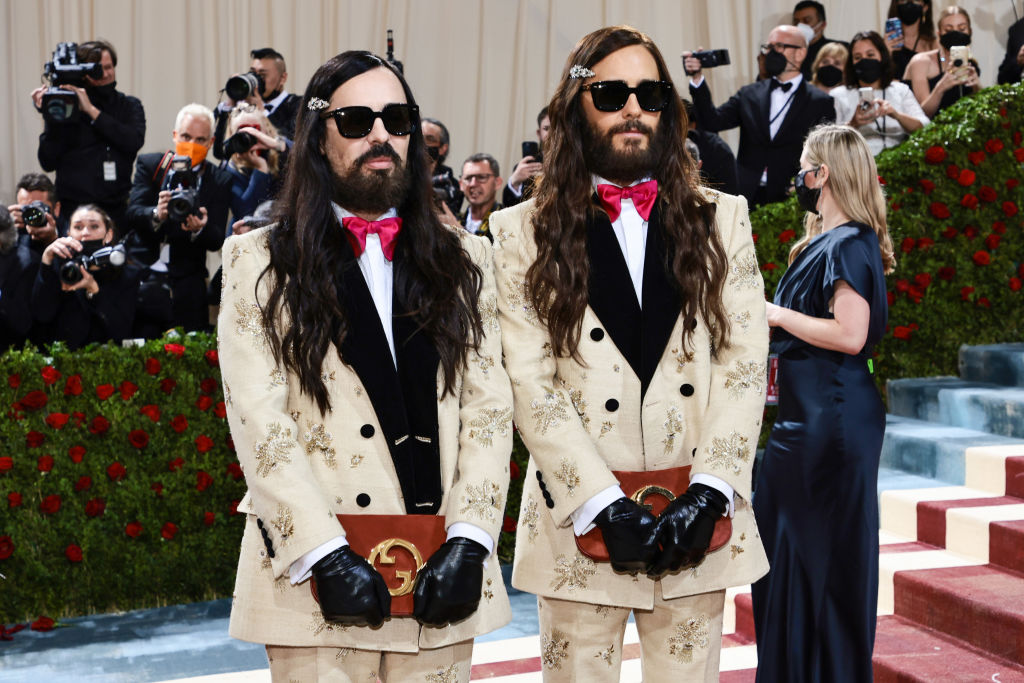 Jared Leto has been a staple of the Met Gala carpet in recent years and he absolutely did not disappoint for the 2022 edition.

The theme for this year’s event is gilded glamour but, seeing as the 50-year-old has previously attended with a random head on a stick, he definitely plays by his own rules.

The House of Gucci actor rocked up to the Metropolitan Museum of Art in a beige floral blazer and matching trousers, donning a white shirt, red bow tie and black shoes to proceedings.

Jared – who was mistaken for Fredrik Robertsson earlier in the evening – held a brown clutch bag and completed the look with leather gloves and black sunglasses.

He wasn’t that fussed by the idea of clashing with someone on the carpet, and instead decided to twin his entire outfit with Gucci’s Alessandro Michele.

Fans were left doing a double take of their joint appearance and rushed to Twitter to praise the Suicide Squad star for going all out as per usual.

‘Jared Leto coming with his designer doppelgänger is the perfect follow up to his first outfit I love it #MetGala,’ one shared.

Making light of the mistaken identity earlier in the night, another joked: ‘Okay, so who was that dude that everyone said was Jared Leto earlier?

‘And why are there now two Jared Letos on the red carpet? We have way too many Jared Letos tonight. #MetGala.’

Side note: You can NEVER have too many.

‘Jared Leto having a mistaken identity moment and then showing up with a twin is hilarious #metgala,’ a follower said.

Honestly, get in line!

Jared was in good company on the night – as well as his new twin, he was joined by Blake Lively and Ryan Reynolds, who were serving as co-chairs.

The Met Gala is organized annually by Vogue and traditionally marks the beginning of the Costume Institute’s fashion exhibit, with some of the biggest names in Hollywood and beyond expected to join.

Cara Delevingne, Gigi Gadid, Alicia Keys, Stormzy and Cardi B are just a few of the celebrities who have arrived so far.