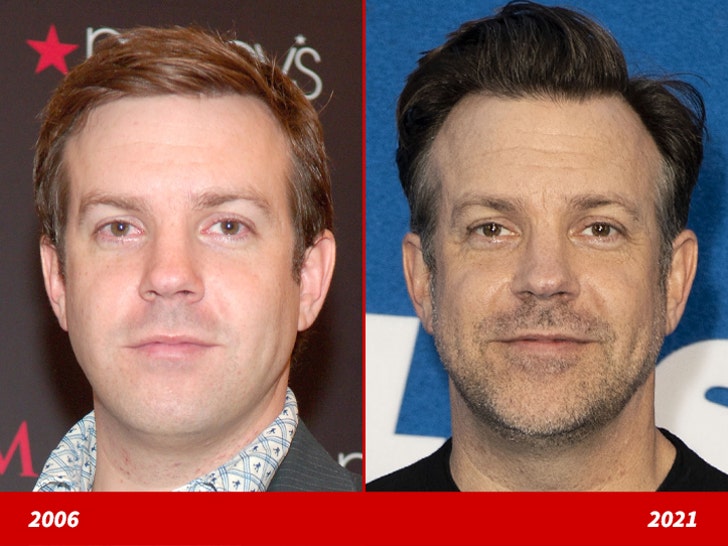 Here’s the 31-year-old version of the hilarious comedian dressed to impress at a party he hosted with “Saturday Night Live” alum Seth Meyers in New York City back in 2006 (left). This was the same year he had become a featured cast member on the iconic sketch comedy show.

And, 15 years later … the actor — who celebrated his 46th birthday this weekend — looking handsome as ever attending the red carpet for the second season premiere of his hit television show “Ted Lasso” in Hollywood this summer (right).