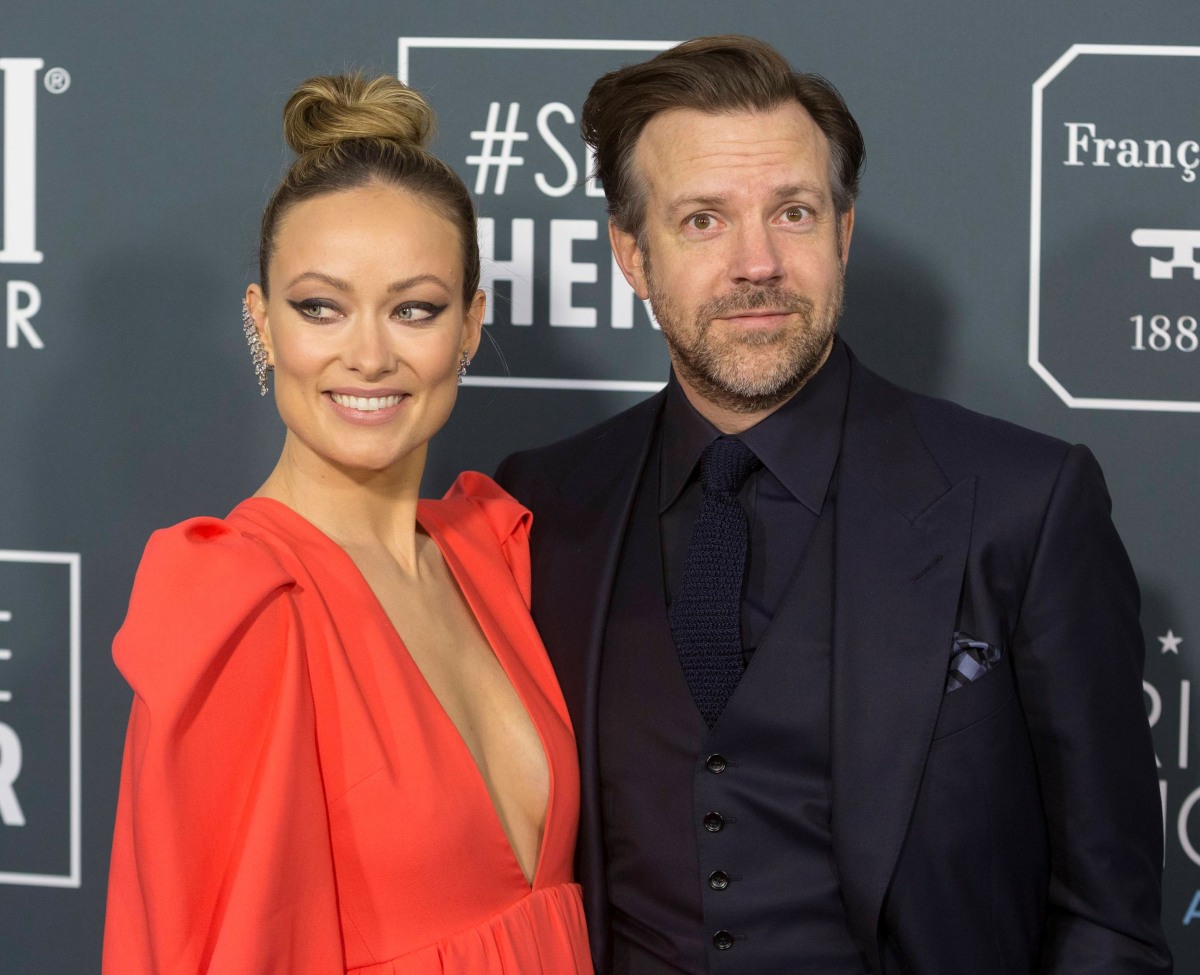 Jason Sudeikis and Olivia Wilde announced their split in mid-November. Almost immediately, a certain narrative was pushed in some of the American tabloids, and all of it sounded like it came from Olivia’s camp. The narrative was: Olivia and Jason had issues for about a year, they basically were in a trial separation for much of 2020, they grew apart and he was jealous of how much she worked and how much she had going on in her career. Suspiciously, Olivia used a lot of that same narrative when she split with her first husband, and I always felt like that guy (Tao Ruspoli) got sort of a raw deal from Olivia and her publicist. But since neither Tao nor Jason really pushed back on Olivia’s narrative, I thought maybe it was close enough to the truth and maybe they didn’t want to call her out publicly for being an a–hole (which she is, IMO).

Anyway, the pro-Olivia narrative was set and less than two months later, Olivia shows up at a wedding as Harry Styles’ plus-one. We learned that they fell for each other on the set of Don’t Worry Darling and they’ve been dating for maybe a month, maybe less, according to “sources.” But… what if we were right to be a little bit suspicious of the timeline? What if Jason Sudeikis is ready to push back on Olivia’s little storyline? From two separate People Magazine stories:

Jason Sudeikis hasn’t had an easy time with the split: Two months after PEOPLE confirmed the two stars had split earlier in 2020, a source with knowledge of the situation tells PEOPLE the actor, 45, “is absolutely heartbroken about the split. There is still a lot of love there, and he would like to have hope that maybe there’s a way for them to repair things. But what happens next remains to be seen.”

Olivia’s timeline might have been false! While an insider told PEOPLE in November that the two had split “at the beginning of the year” after seven years together, another source with knowledge of the situation refutes the claim, saying “she and Jason were very much together as recently as this fall. Jason feels that the timeline that Olivia and Harry would like people to believe—that she and Jason split ages ago, long before she became involved with Harry—is simply not accurate. She began filming [Don’t Worry Darling] in September, and by October, he began to get the impression that she wanted out. By November, they’d announced their split. But that’s how quickly it happened, and none of it happened until she began filming with Harry.”

Another insider – a pro-Olivia insider – refutes that though: Another insider, however, contests that timeline, telling PEOPLE, “Olivia and Jason were broken up as of early 2020. The recent news that she has moved on is no surprise. Olivia and Jason’s relationship continues to be focused on their children and co-parenting them.”

Again, this is People Magazine, not Us Weekly, not some random British tabloid. People Mag got the nod from someone in Jason’s camp. Suddenly Jason isn’t too pleased with Olivia’s self-centered little game. Jason must have had his suspicions last fall, but he decided to see how it would play out, and I bet he was pretty hurt when Olivia and Harry stepped out together. So, Harry Styles is a homewrecker! And Olivia is kind of an a–hole.

Jason’s camp went to Page Six as well, and again questioned Olivia’s timeline, saying that they were very much together throughout 2020, up until she began filming Don’t Worry Darling with Harry. A source tells the outlet: “Olivia and Jason were having issues, like any other couple, but Jason loves Olivia — he completely adores her, and that’s what makes this so sad. He’s always been committed to making their family work.” More proof that they were still together before October/November: they bought a house together in the UK, where Jason has been filming Ted Lasso. A source close Sudeikis also told Page Six: “People have tried to make out that Harry and Olivia have only been dating for the past few weeks, but that’s not right… Jason found out about Harry and pushed the conversation. Olivia then asked for a separation and news of the split was made public.” Man, this got messy in a hurry. 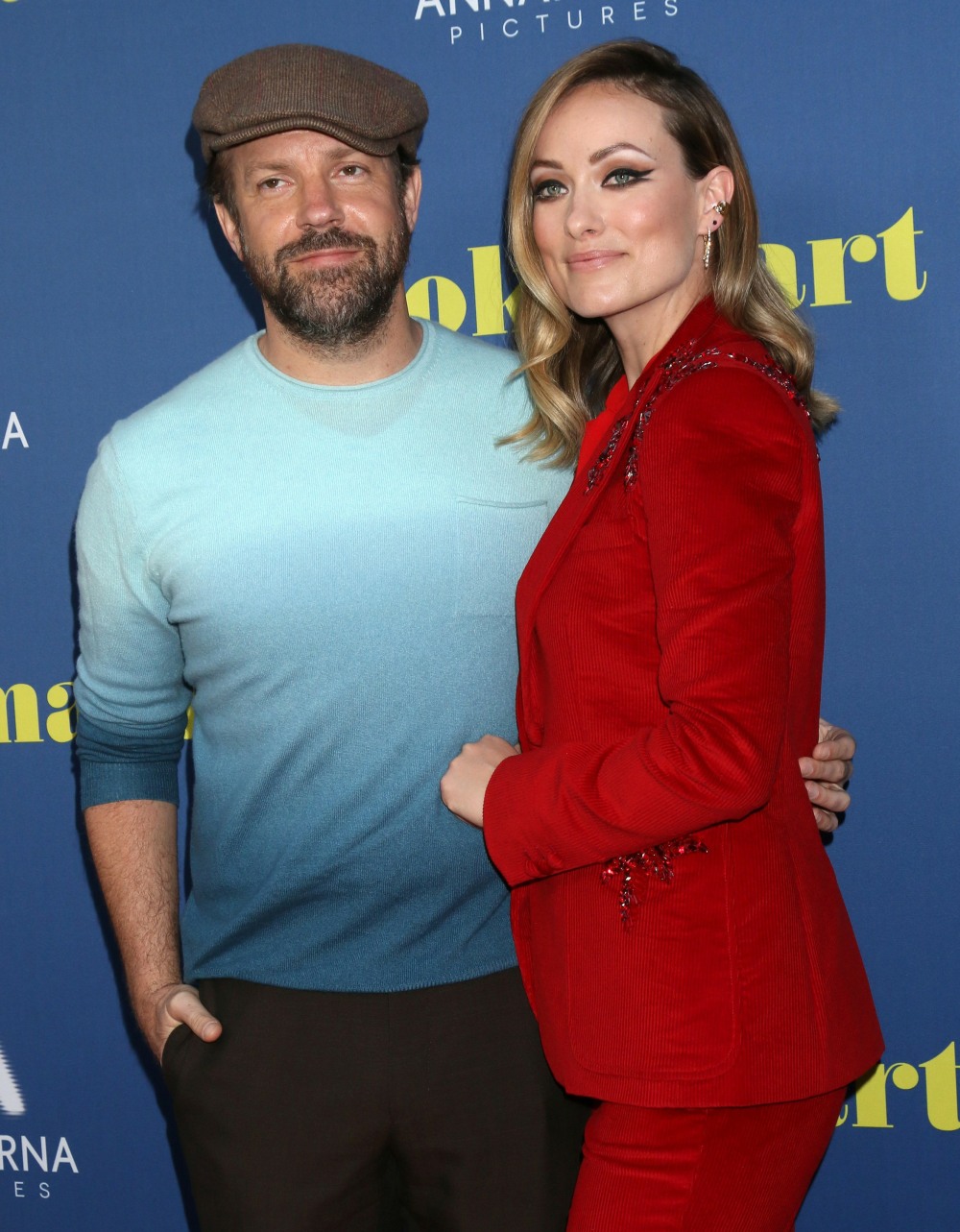