In addition to being spouses for over a decade, JAY-Z and Beyoncé are also frequent collaborators, and there’s a good reason for that. Or, as JAY-Z told ET at the 18th anniversary of the 40/40 Club in New York City on Saturday, there’s multiple reasons.

“She’s super detail oriented, obviously, as you can see from her work,” he said of why he loves working with his wife. “She’s an incredibly hard worker, super talented, very inspiring.”

The pair most recently worked together on a new campaign for Tiffany & Co., in which Bey wears the Tiffany Diamond, a 128.54 carat yellow diamond that dates back to the 1800s. Of course, the “Halo” singer was also in attendance at Saturday’s star-studded event at the 40/40 Club, alongside Swizz Beatz, Megan Thee Stallion, Remy Ma, Van Jones, Busta Rhymes and more.

JAY-Z opened the first 40/40 Club, a chain of sports bars and lounges, in New York City in 2003. Locations followed in Atlanta, Las Vegas and the Barclay’s Center. 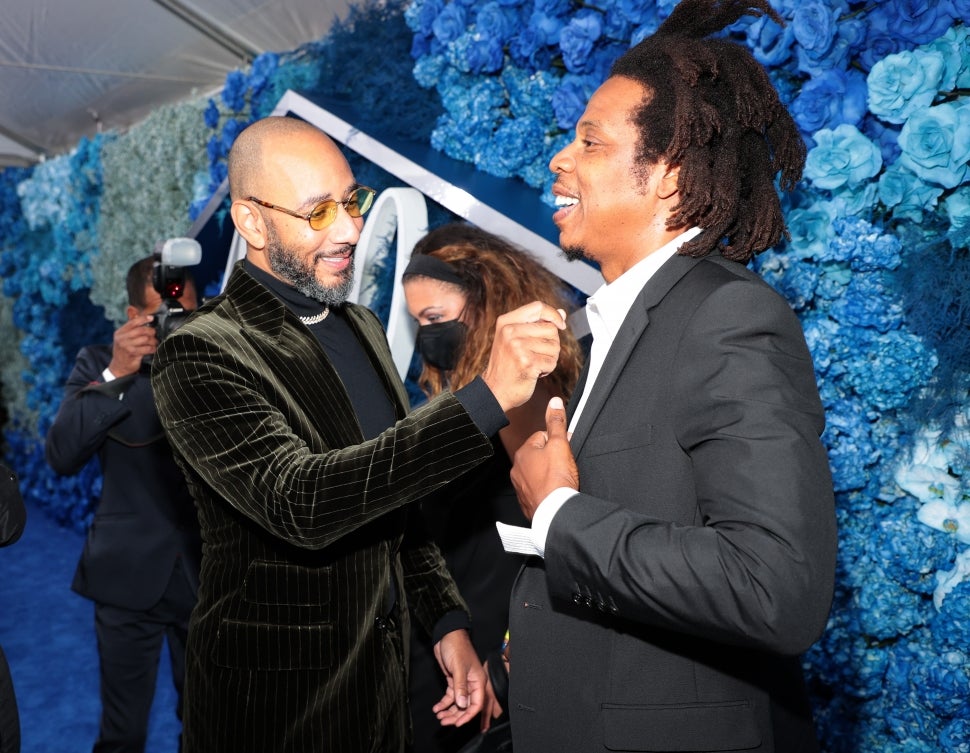 While speaking with ET on the red carpet, the hip-hop mogul also opened up about his new partnership with Fanatics, as they move to open a move to open a sportsbook in New York.

“New York City’s a big thing, obviously, [I’m] a kid from Brooklyn, you know, so it’s big for us. [It’s] very exciting. It’s very important because typically in these things there’s no sort of diversity, there’s no one that represents the city, no one from the city,” explained JAY-Z, who is the only Black investor and one with close ties to New York to appear on the gaming licenses submitted to the state. “So, all those things make it a real exciting opportunity.”

The artist added that having “people from the culture in the room” is the only way to make strides with diversity and hold people accountable following many companies’ pledges to support the Black community over the last year. “You gotta get people in the room,” he shared.

See more on JAY-Z in the video below.