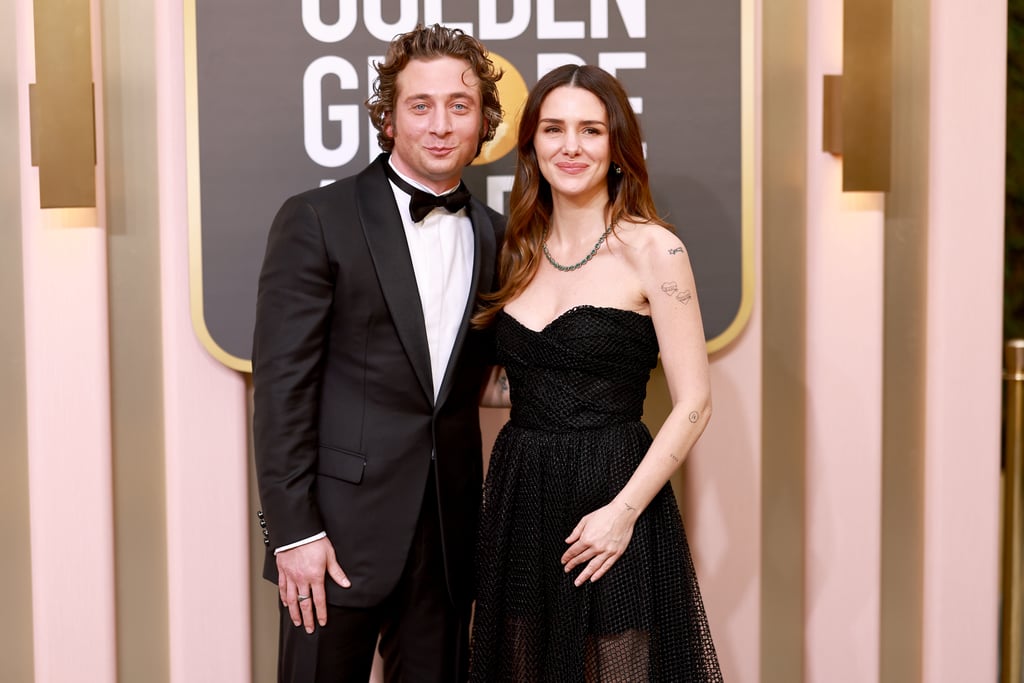 Jeremy Allen White ditched Carmy’s blue apron for a sleek suit during date night with Addison Timlin at the 2023 Golden Globes on Jan. 10. The star of “The Bear” walked arm-in-arm with Timlin as they made their way into the event during a rare red-carpet appearance. Throughout the evening, the couple also stopped to snap photos with celebrity friends, including “Pam & Tommy” star Sebastian Stan.

Later in the evening, White took home the award for best actor in a TV series, musical, or comedy. During his speech, the actor thanked his cast, crew, Timlin, and their daughters.

Timlin and White, who share two kids — 4-year-old Ezer and 2-year-old Dolores — together, first met in 2004 during their freshman year of high school. After falling in love at first sight, the couple spent a few years apart when Timlin transferred schools. When they were 17, they reunited and became good friends for several years before dating in 2016.

The couple welcomed their first daughter in October 2018 and got engaged less than a year later in 2019. Timlin and White’s wedding was held at the Beverly Hills Courthouse in Los Angeles on Oct. 18, 2019, two days before their daughter’s first birthday. After tying the knot, the pair welcomed their second daughter in December 2020. Over the years, Timlin and White have shared glimpses into their everyday romance, including photos of their daughters and heartwarming outtakes from their love life.

See the couple’s adorable red-carpet photos from the Golden Globes ahead.