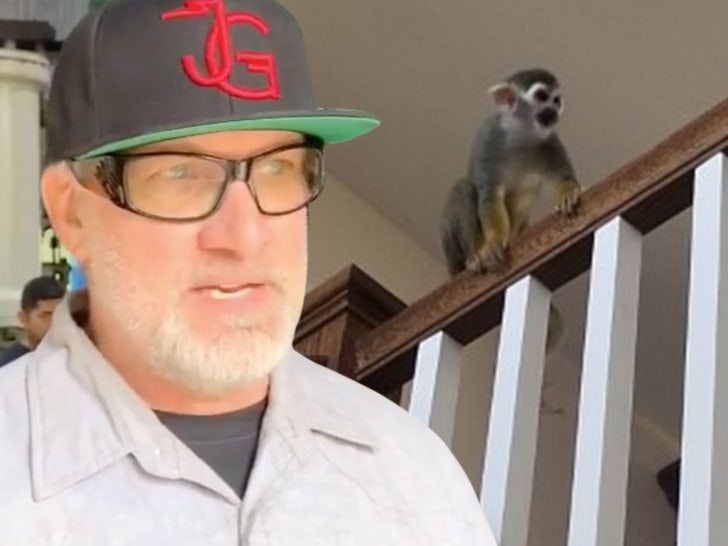 Jesse James‘ monkey is hot and bothered by his neighbors — breaking into their house and flaunting an erection!!! Teenagers.

Here’s the deal … Jesse’s pet monkey, Tobi James, got loose, slipped into a neighbor’s pad this week, and then things got super wild. Tobi ran around the house, knocking over cups of coffee, climbing up and down the stairs — and, obviously, REALLY excited about it.

Yep, adolescent monkeys get boners too, and Tobi was sporting it his during his hijinks … as you can see in this video. 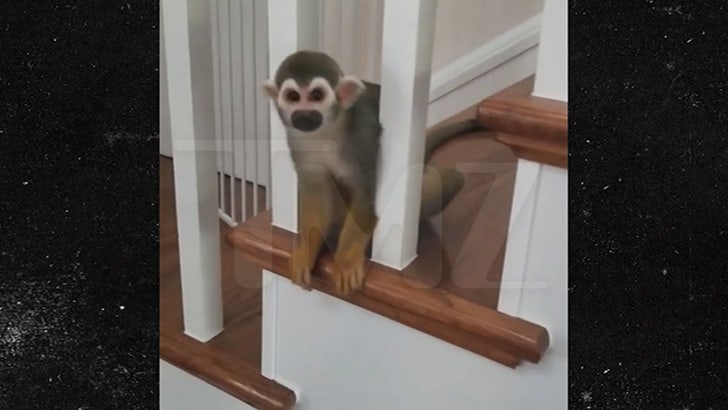 Jesse’s neighbor, Carrie, tells us Tobi barged in Tuesday around 8:30 AM, when she heard what sounded like someone trying to break in. She says she saw the door handle jiggling and got the creeps — but still decided to slowly open the door.

When she did, the little critter dashed inside and started monkeying around. Yes, that’s a euphemism for playing with himself … all over the house!!! 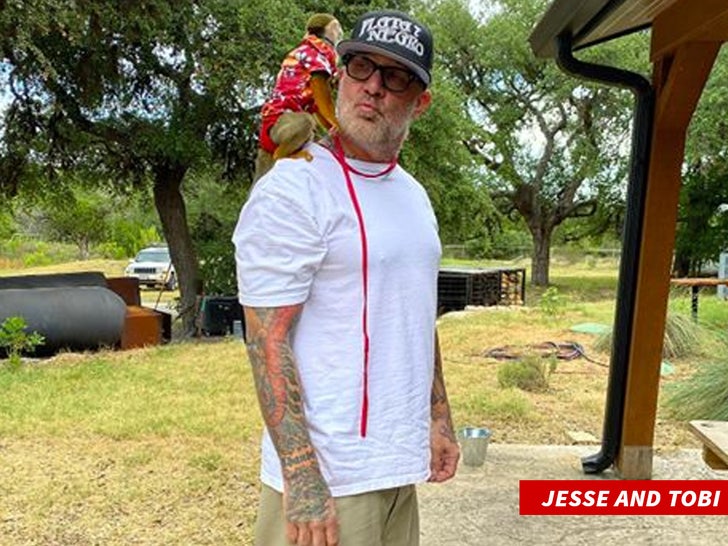 Carrie smartly consulted a Facebook page for her town of Dripping Springs, TX — and folks there told her Tobi belonged to Jesse, who came over to pick him up.

Carrie says Jesse was apologetic and explained Tobi is about 4 years old, which is like a teen in human years, and y’know what that means — puberty and hormones. Jesse thinks that’s why Tobi bolted from his house.

We’re seeing a lot of cold showers in this monkey’s future.