Dr. Karamo Chilombo takes to his Instagram page to announce the arrival of his son JahSeh-Miyagi and share first photos of the infant, nearly a month after falsely thinking that his girlfriend was in labor.

AceShowbiz –Jhene Aiko‘s dad is officially a father again at 78 years old. Dr. Karamo Chilombo has announced that he and his girlfriend had welcomed their first child together, his ninth overall, one month after his daughter gave birth to her own son with Big Sean.

The pediatrician took to his Instagram page to share the news of his son’s arrival. On Sunday, December 25, he posted a slideshow of photos that offered the first look at the newborn. “He is here,” he wrote, featuring quotes from some Bible verses. 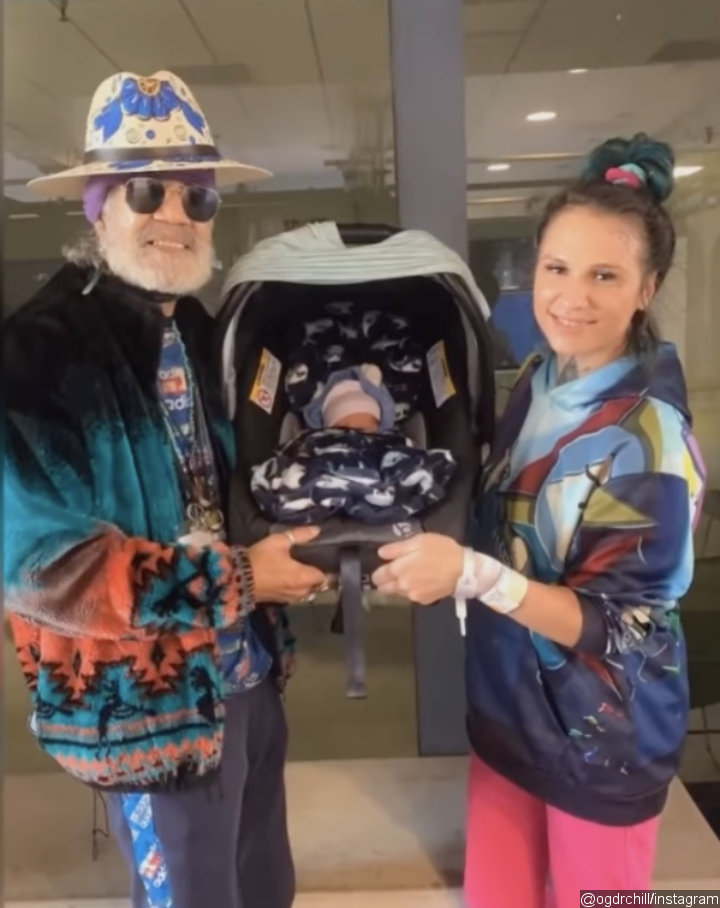 He additionally revealed that his son’s name is JahSeh-Miyagi and he was apparently born more than a week ago on December 16. In another snap, he recalled his first meeting with his baby boy. “THE FIRST MEETING OF FATHER AND SUN/SON ON THAT SPECIAL DAY AND HE WAS ALREADY VERY HUNGRY,” he captioned it.

The 78-year-old pediatrician shared the news along with first photos of the newborn baby.

Karamo announced his girlfriend’s pregnancy in July, around a week after his daughter Jhene and her boyfriend Big Sean confirmed they’re expecting their own child. At the time, he broke the news by sharing a video from a gender reveal party.

In late November, Karamo took his then-pregnant girlfriend took the hospital as they thought that she would be giving birth to their child, but they couldn’t be more wrong. Sharing an update on Instagram, he revealed that he later went home “empty handed” as his son “played a trick” on him and his girlfriend by not arriving just yet.

“He thought it was Halloween and played a trick on me and his glowing mother and did not come into this world yesterday. So we went home empty handed so to speak, tired, sleepy and HUNGRY!” he shared at the time. He additionally revealed that his son was expected to arrive on December 17.

As for Jhene, she gave birth to her first child together with Big Sean on November 8. “after 24 hours of labor, a total lunar eclipse, and while it was pouring rain… he came my baby Yoda, my Sani,” she wrote alongside a series of pictures, which also featured her in labor.

Jhene is also a mother to daughter Namiko Love, whom she shares with singer O’Ryan.