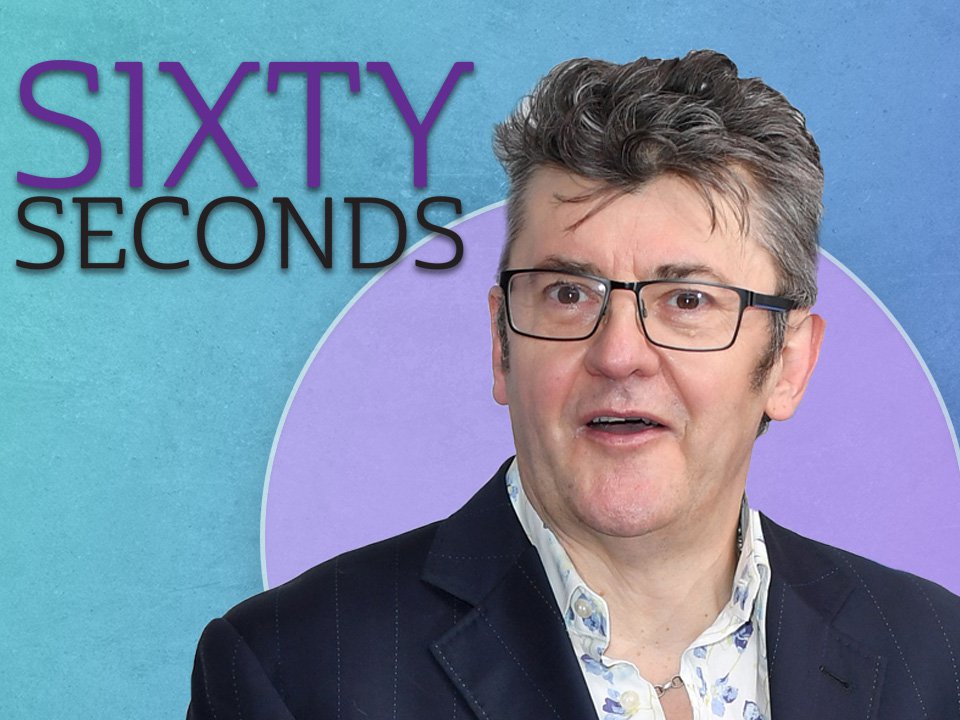 Comedian and actor Joe Pasquale, 59, on why boxing made him cry, getting back to business and learning to love his nerves.

How was lockdown for you?

I’m one of those people who never stops working and gets very restless, so it’s been a nightmare.

I live on my own in Gravesend, Kent, but I’m quite happy with my own company, so that was fine.

I’ve got four daughters, one son and 11 grandchildren. I saw them mainly through Zoom, like everybody.

How did you cope?

I kept busy and made sure I didn’t get fat. I’m 60 this year and it’s easy to let yourself go. During the first lockdown I watched Netflix for three weeks.

Then I thought, ‘This ain’t gonna be good,’ so I made a mission to get up every day and go for a run. I normally go to a boxing gym.

That was closed, so I did a few weights. I also learnt how to paint in oils and wrote a book of short horror stories called Deadknobs And Doomsticks 2.

I used to do full body and head contact but I got punched on the nose and it made me cry. My nose hurt for a week. I thought, ‘I don’t want this at my age,’ so I stopped the head sparring.

Are you excited about being on stage soon?

I’m appearing in a nationwide tour of John Godber’s April In Paris. It’s a two-hander with me and Sarah Earnshaw.

We wanted a play that was able to go on even under social distancing and also that was financially viable for theatres to put on.

There’s just the two of us and a tour manager. We’re doing it under profit share. We’re not taking a wage, so if people come then we share the profits, if they don’t, then at least we’re getting theatre back on its feet.

You must have felt quite impatient…

April In Paris is the most rehearsed play in history! We started rehearsing in September hoping to open in October and then we went into the tier system so it was off.

We carried on rehearing via Zoom ready to open in January and of course we went into another lockdown, so this is our third attempt to get it on.

It’s about Al and Bet who have been married for 26 years and don’t really get on any more. They still love each other but they don’t know how to show any affection. All they really do is bicker.

Bet wins a holiday to Paris and it’s about their journey and how they try to reconcile their love. It’s funny, poignant and sad. Anybody who has been in a long relationship will watch it and recognise things.

You’re known as a very funny guy. Has anyone ever failed to laugh at your jokes?

Oh blimey, yes, I’ve died on my a**e a few times. Not so much now but in the early days. I did a club in Wales and there was a bloke on crutches.

He threw them at me, shouted, ‘I’d rather fall over, than listen to this s***’ and sank to the floor!

That must be terrifying…

I read a book called Feel The Fear And Do It Anyway and that changed my whole outlook. It forced me to push the barrier of what I was scared of, untilI wasn’t scared of it.

When I did I’m a Celebrity… I had to jump out of a helicopter. It scared me but afterwards I got my pilot’s licence.

Then I realised that I’d never had a fight, so I took up boxing. I had no exams so I did a degree in geology with the Open University. I did the London Marathon at 50 and then I taught myself to paint.

A lot of people find nerves are a negative but I find them a positive — it’s like the best roller coaster!

Which comics inspired you growing up?

Bob Monkhouse and Ken Dodd both took me under their wings when I was a young man starting out in the business.

Bob in particular. He came to see me work at Butlin’s and a couple of weeks later he got me booked for the whole series of Celebrity Squares.

Then I got booked for the Royal Variety Performance and he helped me write my whole act. It was great to have those people in my corner.

How do you unwind?

I find classical music very soothing but I’m no expert, I often don’t know what I’m listening to.

I discovered it when I was staying in a posh hotel. I went into the room and they had Classic FM on.

It was a nice summer’s evening and I sat there on my own with a glass of wine listening to it. I thought, ‘Oh my God, this is amazing, why haven’t I done this before?’ And I just relaxed.

I want to play a baddie in a film. I know with my voice I’d sound like Noddy with a headache, but I’d like to give it a go.

Pasquale is starring in April In Paris. For information visit aprilinparislive.co.uk