Comedians John Mulaney and Conan O’Brien yucked it up on a recent episode of O’Brien’s podcast and felt the need to issue an apology to Julian Lennon, The Muppets, and the Wheel of Fortune.

Mulaney recalled encounters with “Muppeteers” at Saturday Night Live joking about how some oddly resembled the puppets. He and O’Brien mulled over how some Wheel of Fortune contestants are stumped with the most obvious puzzles. Plus, Mulaney joked about how no one cared that Julian Lennon sang”Imagine.”

“Did you see Julian Lennon sing ‘Imagine’?” Mulaney asked on the Conan O’Brien Needs a Friend podcast. “That’ll end the war, that’ll do it. No one cares,” he deadpanned. 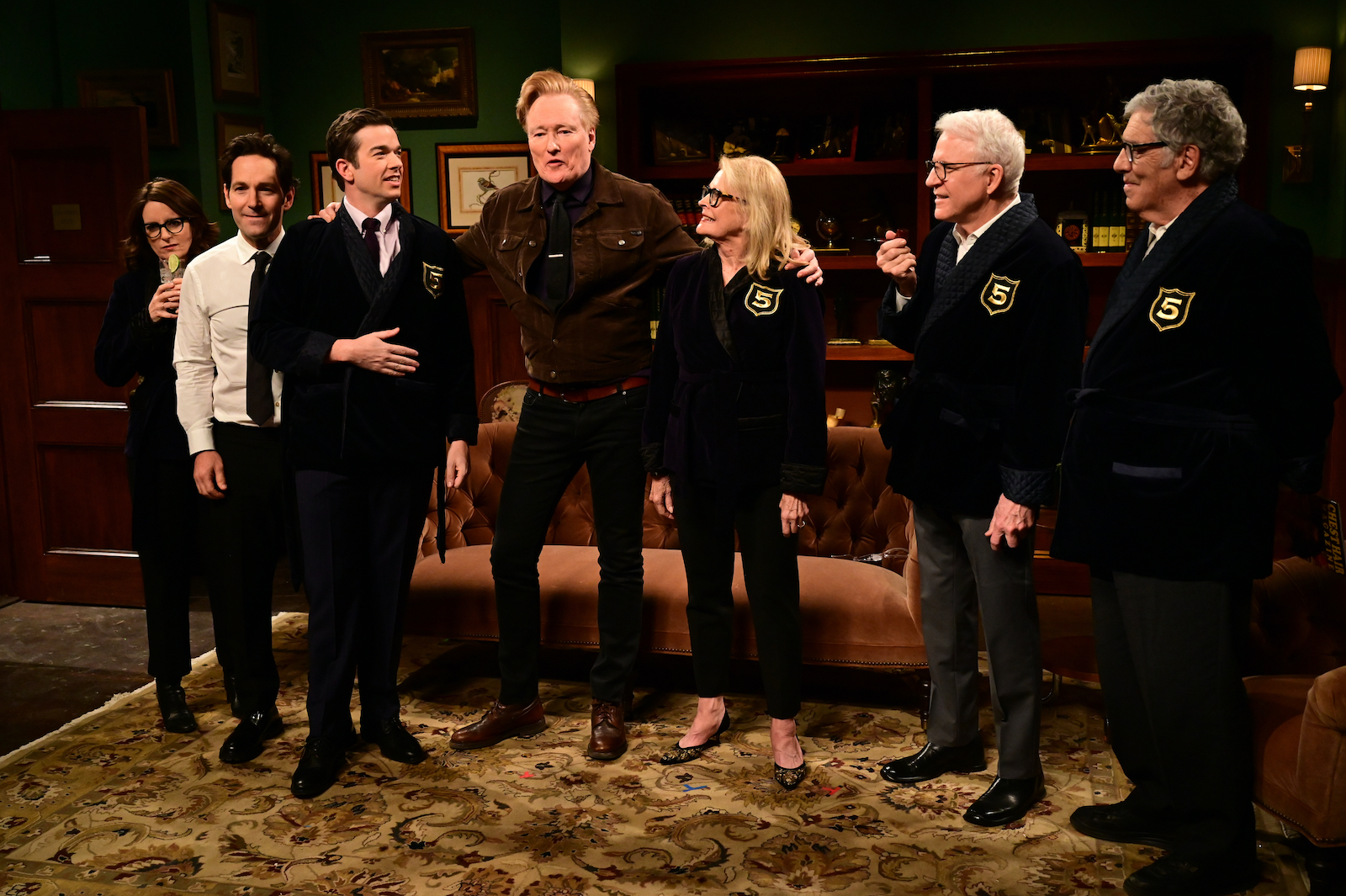 “It’s like who cares?” Mulaney added. “It comes up in my Google feed every other hour. He swore he’d never sing it.”

O’Brien noted that Mulaney was yelling at him like he was his Google feed. But then Mulaney said it’s embarrassing to be reminded what his Google feed is sending to him.

Can anyone figure out the ‘Wheel of Fortune’ puzzle?

O’Brien said he hears about when the contestant misses the obvious puzzle clues. “You’ll see the board and it will say, all you have to do is solve it and it will say, ‘Why did the _hicken cross the road?’ And the letter ‘C’ is the only thing missing. And the person’s wondering and wondering.”

Mulaney injected, “Why did the thicken’ cross the road? Ohhh … and you would have won the Acura.”

Earlier, Mulaney and O’Brien joked about how as writers at SNL they would often be the ones who would interact with the puppeteers who handled The Muppet puppets on set. They would then have to work in a “soft New York Muppet joke that The Muppet people would be OK with,” Mulaney recalled.

Of course, then Mulaney got a little gritty with the joke on the podcast. O’Brien said the “[Jim] Henson” people would then want to talk to the writers. “Hey we’re weird old hippies who look like our own puppets,” O’Brien said.

Mulaney then painted a picture of meeting with The Muppet puppeteers. “The Henson people are here,” he said. “They look like mops. Have you ever talked to the Muppeteers? And they’re great people. But it’s funny how they moved and looked and talked like Muppets themselves.”

“So you’d go to the green room where the Muppeteers – again sorry that’s not the term – are waiting between dress and air,” Mulaney described. “And you’d be like, ‘Hey Miss Piggy, someone’s going to go I bet pigs could fly. And she’ll go First Class!’” He then parroted the “Muppeteers” agreeing to the joke but in a similar “vaudeville-like” voice as a Muppet. “And they have big bowl cuts and beards,” Mulaney described.

Later in the podcast, O’Brien expressed a little regret. “We took down Wheel of Fortune and we took down The Muppets,” he said.

Mulaney added, “And I squeezed in a little shot at Julian Lennon.”