For Hailey Baldwin’s birthday, her devoted husband, Justin Bieber, declared his eternal love for her and that he would spend his life ‘making you feel like the queen that you are.’

“To my beloved birthday squish. My heart belongs to you,” wrote Justin Bieber on Monday, Nov. 22 – the day that Hailey Bieber (née Baldwin) turned 25. In honor of his wife’s birthday, Justin, 27, posted a number of pictures of them throughout the years, along with a heartfelt message. “My eyes belong to you, my lips belong to you. I am yours. I am so blessed to be yours. You are my forever. Life has never made more sense until you became my wife. I will never stop loving you, I will never stop holding you, and I will never stop protecting you.”

“You my queen are more than enough for me and I will spend every day making you feel like the queen that you are,” continued Justin. “As your grandma would say in her Portuguese accent ‘happy bursday baby’ love you until the end of time and then after that. :)” The pictures Justin shared showed the love he wrote about, as many featured them cuddled together (including one of Hailey in a bikini, snuggled tight against a bare-chested Biebs.) The last picture in the gallery was a black-and-white picture seemingly taken inside of a photo booth, both Justin and Hailey caught in a sweet kiss.

Earlier in the year, Hailey posted a similar tribute to her husband on his birthday. “Another year around the sun with you, another year of getting to love you, grow with you and laugh with you. Happy 27th birthday, you are my favorite human and I’m grateful to be by your side,” she captioned a gallery of photos she posted to Instagram, including a PDA shot from their September 2019 wedding. The couple legally wed a year earlier in a New York City courtroom when Justin was 24, and she was 21. 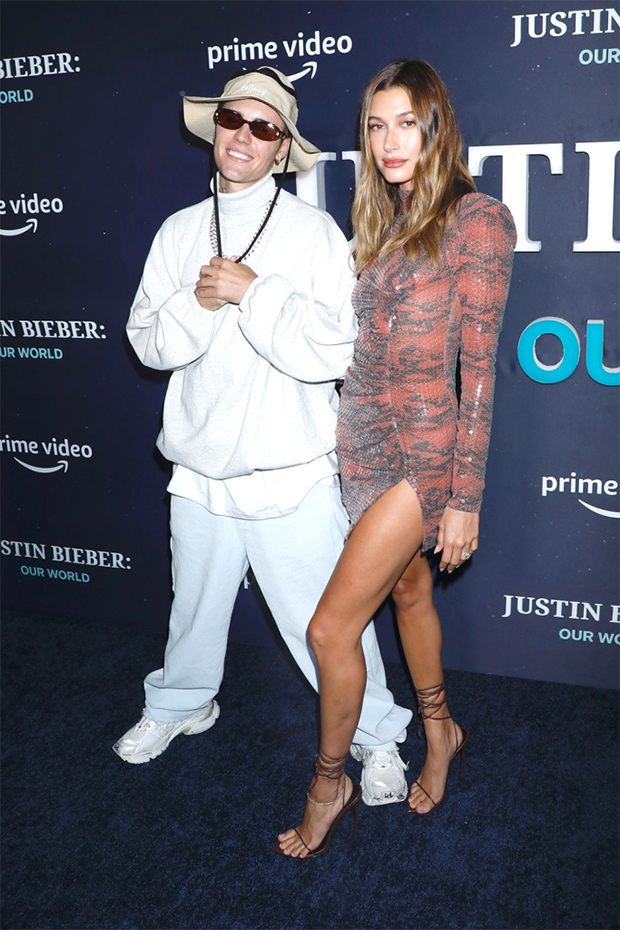 “I was married two months before I turned 22, which is insanely young,” Hailey said in an Elle interview published shortly after Justin’s 2021 birthday. Hailey recognizes that getting married at 21 “almost sounds ridiculous when you say it out loud,” but she defended the decision. “Although I do think for somebody like me and somebody like Justin, [it’s different]. We’ve seen a lot for our age. We have both lived enough life to know that’s what we wanted.”

This isn’t to say that they didn’t struggle. During a joint interview for the In Good Faith With Chelsea & Judah podcast, Hailey and Justin opened up about the trials and tribulations they faced during the early days of their marriage. “I remember I called [my mom] a few different times; one particular time we were in Brooklyn, and I was calling her, crying, and I was like, ‘I just can’t do it. There’s no way that I’m going to be able to do this if it’s going to be like this forever,’” she said. Justin said that they worked through their problems, and that “us showing up for each other every day, being consistent, me seeing that she wasn’t going anywhere” really helped them get work through the issues.