She arrived at the red carpet wearing a stunning black Oscar de la Renta strapless gown, featuring a floor-length tiered skirt, fitted bodice, and flowery accents along the neckline. She finished the look with a pair of black pumps and sleek wavy hairstyle.

If the gown looks familiar, it’s likely because the style was worn in near-identical fashion by former actress and social activist Bianca Jagger at the Met Gala back in 1981. Gerber shared with host Keke Palmer that the look had been inspired by Jagger’s own original Halston design, honoring the Met Gala’s American Independence theme with a tribute to the iconic figure. 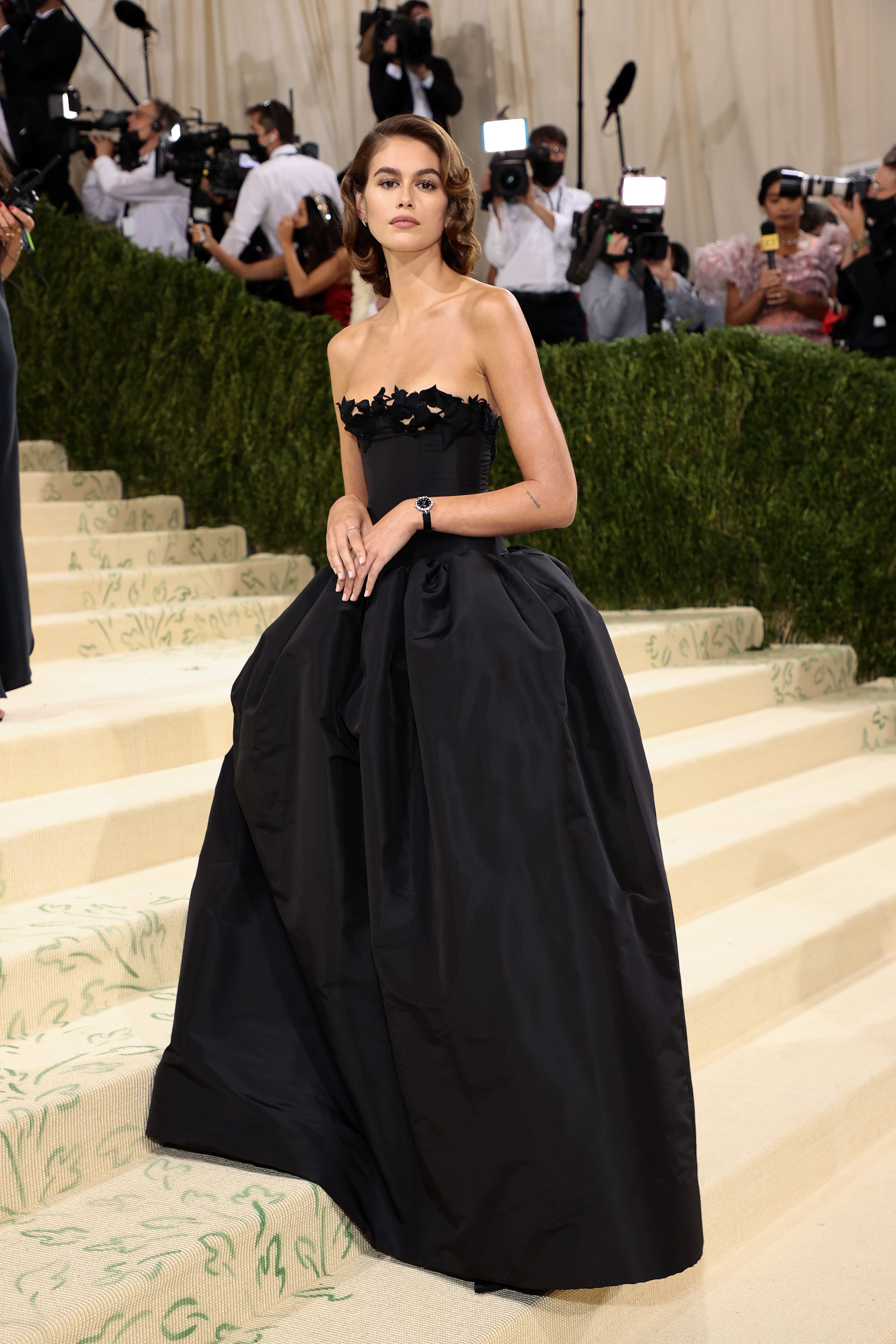 Spotted earlier this week with boyfriend, Euphoria star Jacob Elordi, the two gathered at Central Park ahead of the fashion event on Friday, September 10. The couple, who were photographed getting close on a park bench (and packing on PDA), have been dating since last September, going official in October around Halloween.

Back in May, Gerber opened up in a cover story about her relationship with Elordi, sharing that she and the actor have developed a bond made to last. “Being able to be with someone I trust, where we don’t want anything from each other, having a safe, steady relationship like that, has really opened my eyes to the possibilities of love and what it feels like to love without conditions,” she said. “Lust is touching other people or wanting them, but love is really seeing someone.”