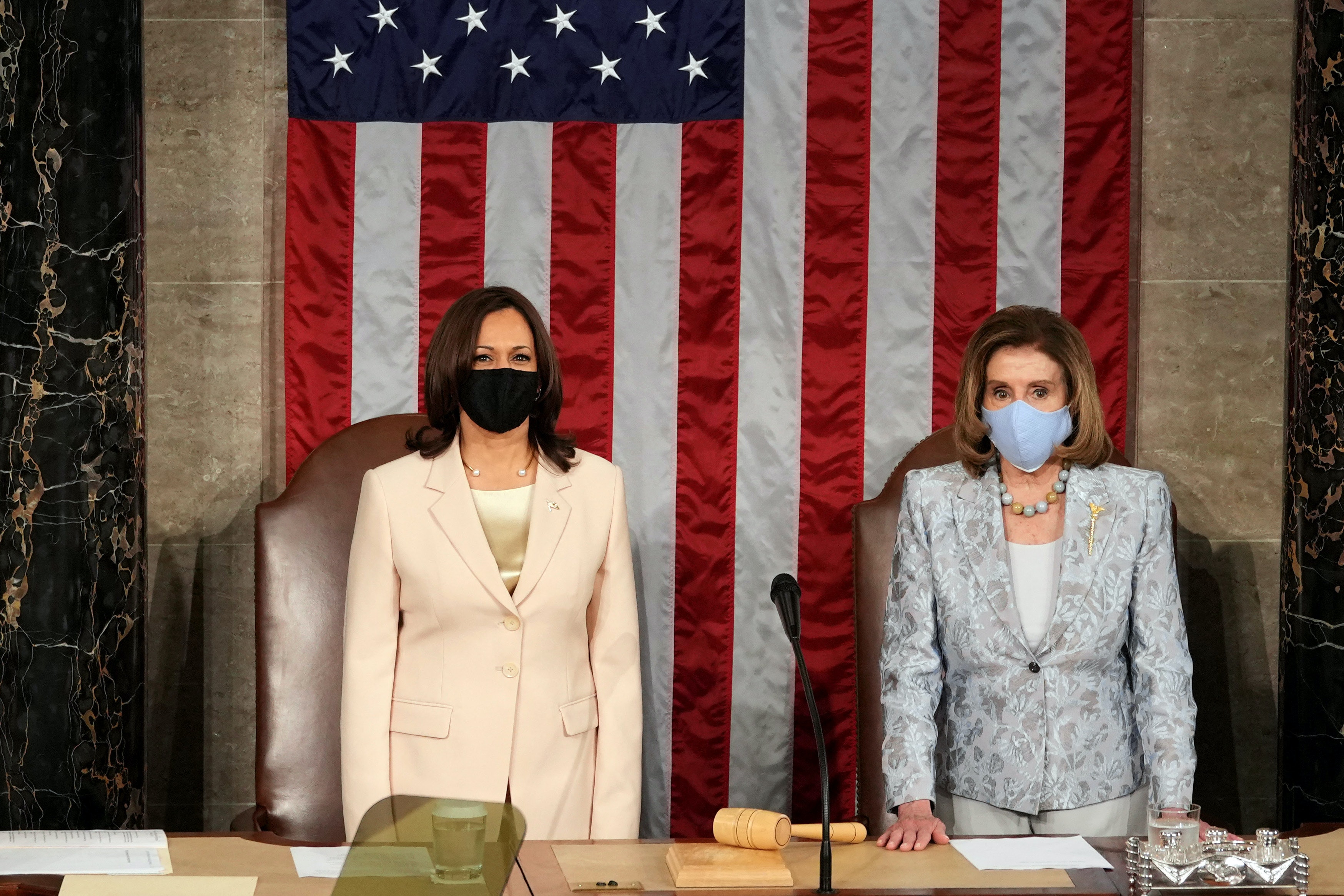 She’s slayed the political fashion game before, and she’ll do it again. Vice President Kamala Harris appeared alongside President Joe Biden for his first joint address to Congress on April 28, 2021. Harris’ outfit at the 2021 address to Congress follows the Vice President’s winning approach to most of her outfits: statement-making, professional, and topped off with a set of pearls. Name a better sartorial formula for a vice president. I’ll wait.

For the event, Harris stepped out wearing a full neutral, monochromatic ensemble. Similar to her past outfits, Harris’ look for the address featured a well-fitted pantsuit, this time in a cool-toned beige. She paired the suit with a champagne-colored silk top underneath and, of course, a delicate pearl necklace — her signature accessory — as an ode to her sorority, Alpha Kappa Alpha. This necklace is different from the strings of pearls Harris typically wears; rather, it’s a gold collar necklace with two lone pearls dotting either end. She kept other accessories to a minimum, save for a flag pin on her lapel and a plain black face mask. Sadly, there were no Converse Chuck Taylors or Timberlands in sight, but my gut says she’ll change into those later.

Harris is known to consider the deeper meanings behind various aspects of her outfits. At Biden’s inauguration, she stunned in a monochromatic look, opting for a royal purple midi dress and matching coat with a slight flare at the waist. Although Harris herself didn’t confirm any sort of meaning behind the look, many interpreted the color choice — a combination of red and blue — as a subtle message about unity or a subtle nod to the women’s suffrage movement. Some speculated it may have also been a nod to Shirley Chisholm, the first Black woman to run for president. 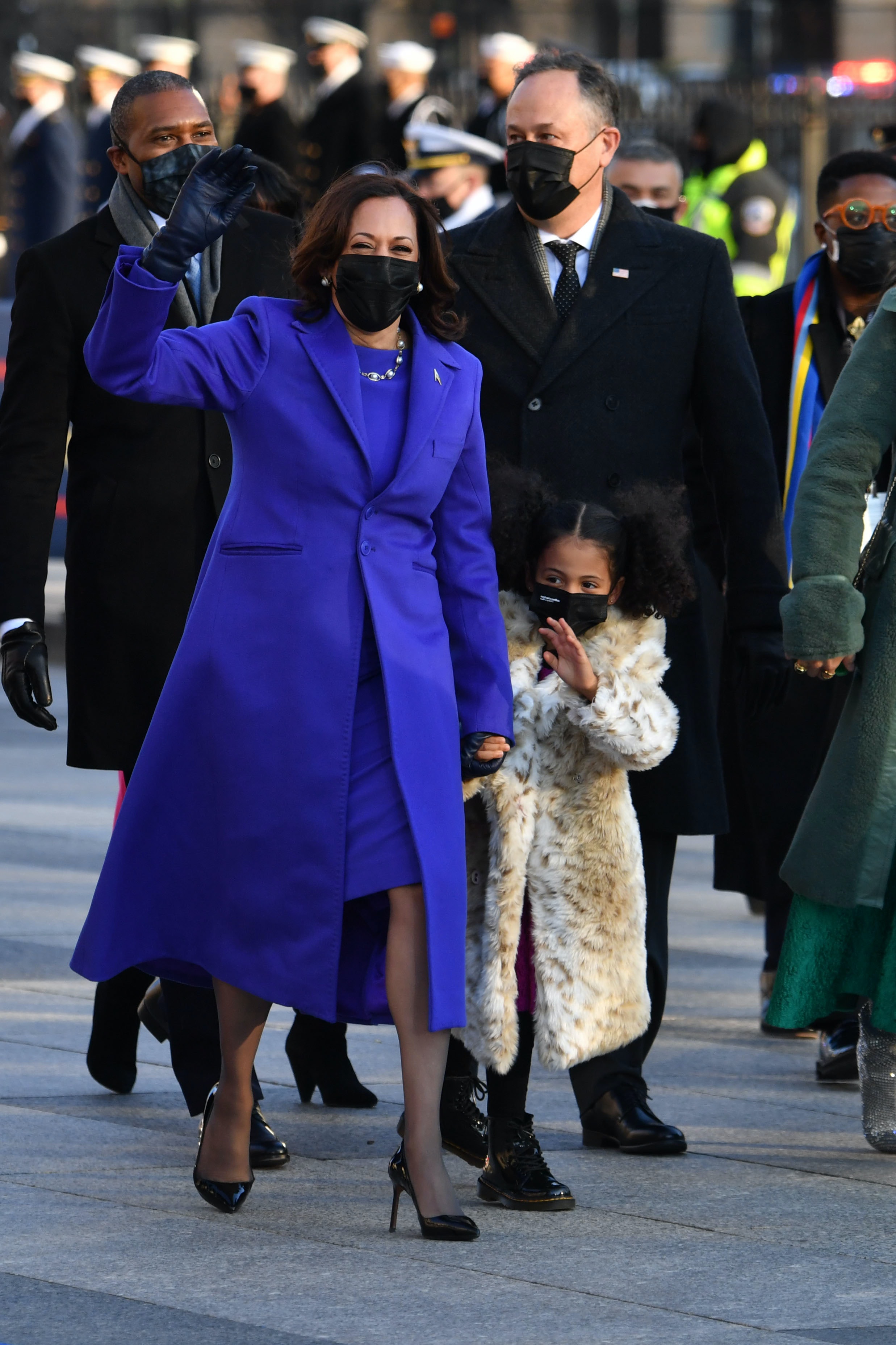 As streamlined and professional as Harris’ wardrobe may be, she knows how to dress down, too, specifically when it comes to footwear. Even with dress tops and blazers, she was regular spotted in Chuck Taylors and even Timberlands on the campaign trail — a sensible footwear choice for someone who’s jetting from location to location.