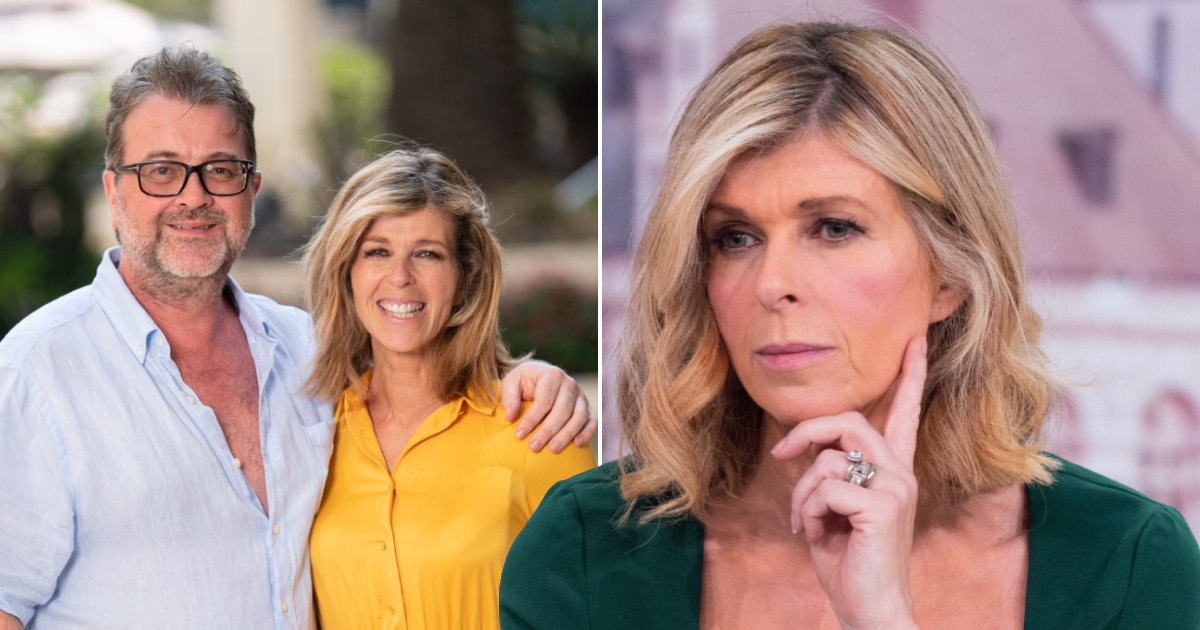 Kate Garraway has opened up on her hopes husband Derek Draper will recover from his coronavirus battle, but said ‘it’s taking a very, very long time’.

The Good Morning Britain journalist has been open about Derek’s stint in hospital, after he was admitted in March, and later placed in a coma, after testing positive for coronavirus.

It’s been reported Derek’s battle is one of the longest in the UK.

He is currently free of coronavirus but is still thought to be in a ‘state of minimal consciousness’ after emerging from a deeper coma last year.

While he no longer has the virus, it has left him with damage to his organs, with Kate previously revealing her sadness at not being able to visit him due to the pandemic.

Appearing on the 5 Years Time podcast this week, Kate – who shares two children with Derek, Darcey, 14, and Billy, 11 – further opened up about the tough year everyone has had, insisting ‘everybody is hoping 2021 will bring just a bit of hope and relief’.

She went on: ‘The vaccine is here now, so everybody is hoping that will help Covid, I think, and help us regain some normality.

‘It’s been really tough for us. Derek got really sick in the beginning of March.’

Kate added: ‘Even though we’re hoping [he] can recover, it’s taking a very, very long time. We don’t know how much he can recover.

‘So that’s impacted on us obviously dramatically. So, it’s been really difficult.’

The star went on to say her gig with the ITV breakfast show, as well as her Smooth radio hosting job has brought a welcome distraction from the difficulties.

She said that, for her, going through a ‘personal crisis’ has made work ‘in some ways more important’, adding ‘it gives you a sense of normal’.

The former I’m A Celebrity…Get Me Out Of Here! star previously opened up about how she was doing during such a heartbreaking time, telling Good Housekeeping that she wasn’t sure that she was ‘coping’.

‘I honestly don’t know how single mums do it; it’s just so hard,’ she told the publication. ‘A lot of the time I find myself thinking, “What would Derek say?” and “What would Derek do?”’ ‘I’m lucky that I’m being supported by lots of friends, too, and Ranvir [Singh] has been really helpful because she’s been operating as a single mum since her son, Tushaan, was very little.

‘I asked her, “How do you do it?” and she said, “You just have to accept that you can’t do everything.”’

It comes after Kate recently said her husband’s coronavirus battle is ‘far from over’ as the presenter revealed she was writing a book on her heartbreaking experience, titled The Power Of Hope.

She explained she wants to share her journey in the book, which will be released in April, will chart the ‘raw and emotional story of Derek’s long fight against Covid-19 and the devastating impact it continues to have on him and on their family.’