Bachelor Nation may be used to quick engagements, but Katie Morton is taking things slow with boyfriend James Rowe.

Every Bachelor Nation Engagement of 2021

“I believe that James has all the qualities of The One for me. However, I personally don’t want to jump into anything,” the 29-year-old reality TV personality exclusively told Us Weekly. “There’s a few factors as to why I don’t want to jump into anything too soon and I don’t really want to have a second engagement turned to a not, I want the next engagement that I have to be The One. … We’re just taking our time and dating.”

After competing on Colton Underwood’s season of The Bachelor, Morton was got engaged to Chris Bukowski on season 6 of Bachelor in Paradise. They announced their split in December 2019. Several months later, she reconnected with Rowe, whom she briefly met on the street before her stint in Mexico, through a dating app that mistakenly had her location set to London. 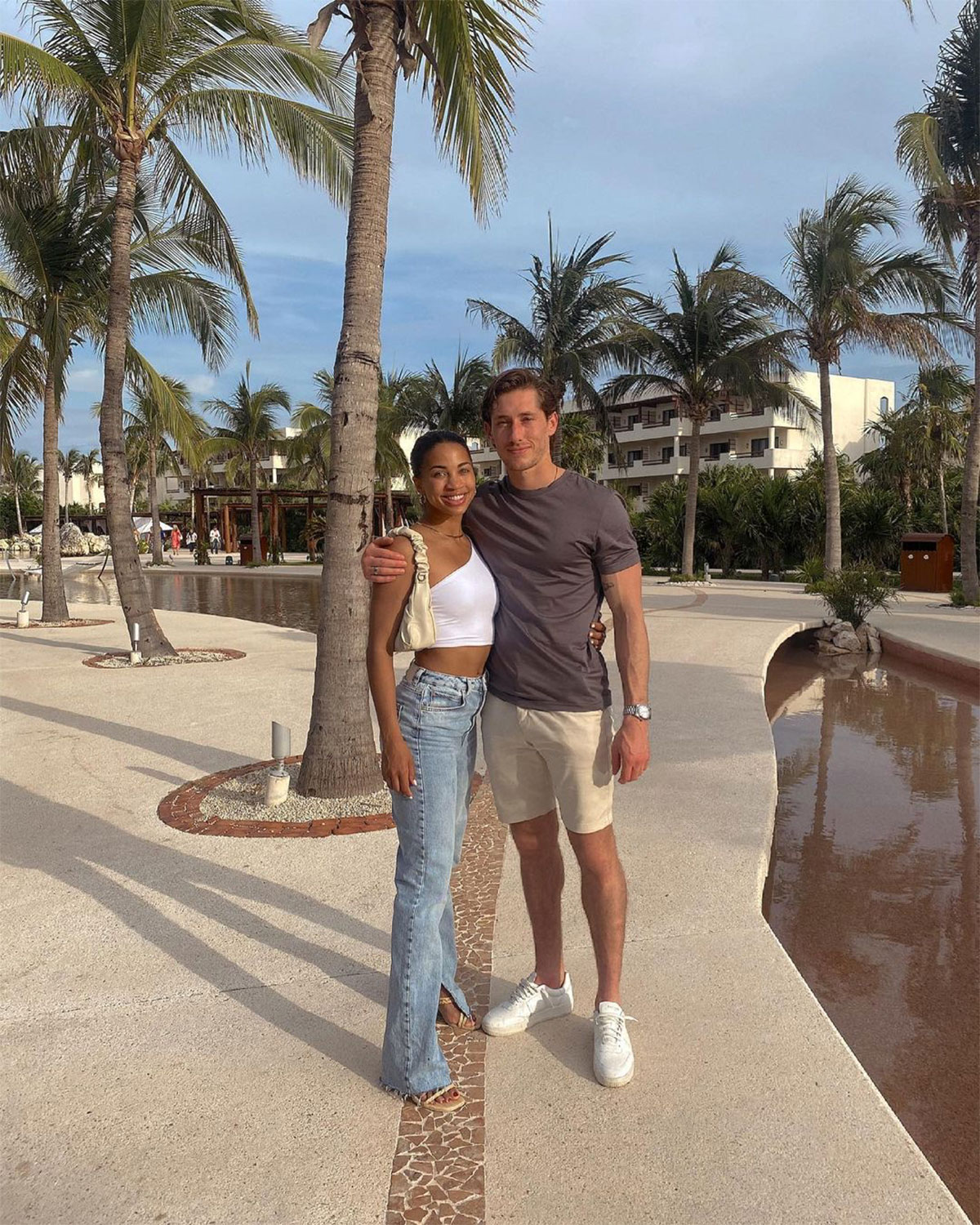 ‘Bachelor in Paradise’ Couples Who Are Still Together

“He is emotionally very intelligent and emotionally very empathetic. He tries to understand,” Morton gushed to Us about the soccer player, citing his desire to help her through her anxiety as an example. “He is just so kind to everyone. He’s very warm, he’s welcoming and we have so much fun together, like, we laugh all the time. … He helps me not take life too seriously. He helps me, like, live life. I get caught up in trying to work harder or do, do better at something. I can be hard on myself — as we’ve all seen — and he really helps me.” 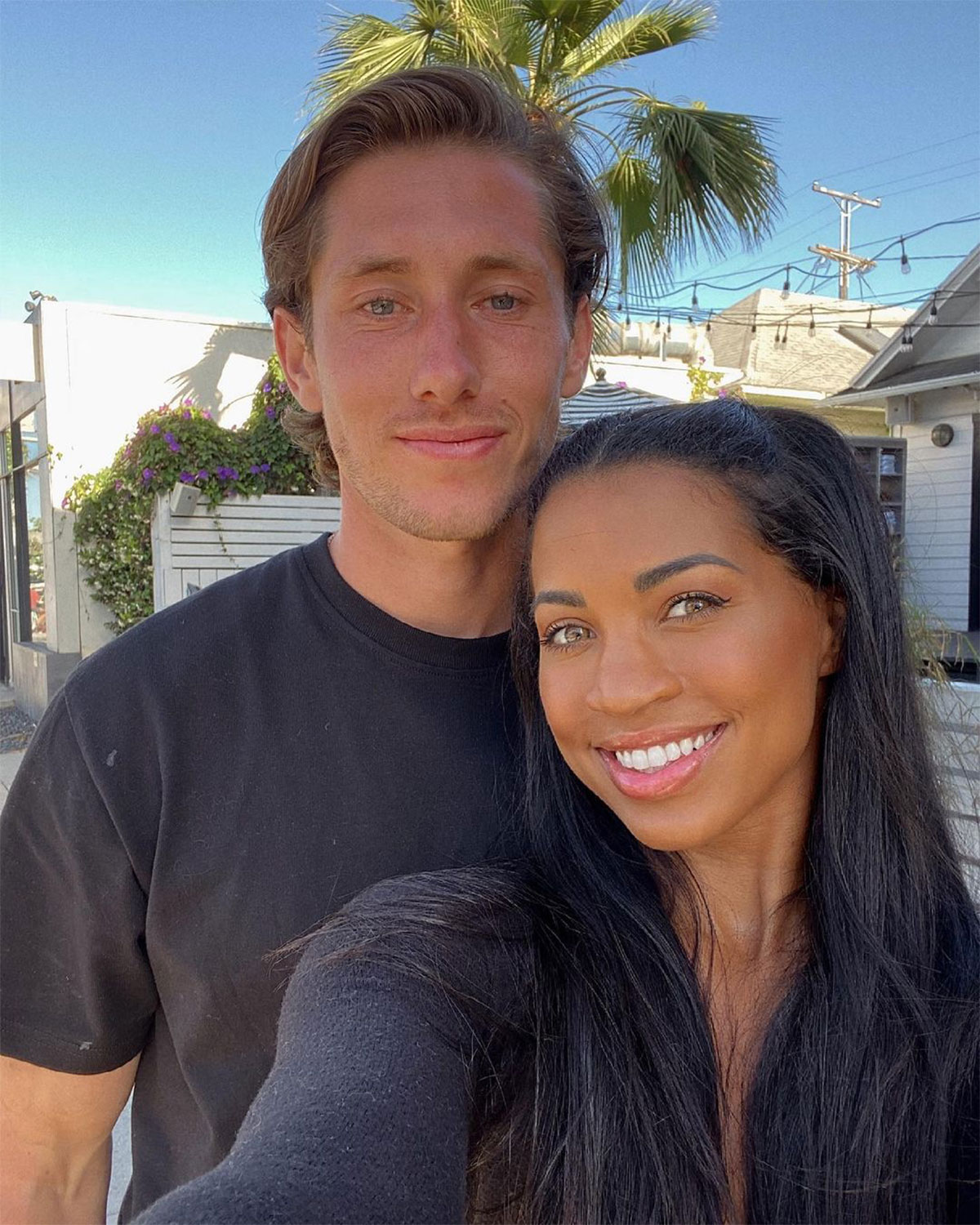 Morton went Instagram official with Rowe in November 2020 after six months of talking and getting to know each other. The pair’s relationship has been long distance as he attempts to move his soccer career from the U.K. to the United States.

“We did a lot of FaceTime movies and show dates and meetings and cooking together. And then now that he’s [visiting America], it is still challenging in some regards because he’s not a citizen, so he can only be here for 90 days,” Morton explained to Us. “And I could be in England for six months. … We’re trying to decide whether or not I will be going back with him to wait out that six month period or if I’m going to be staying here. I think living in London would be fun, but I’m not done with TV yet.” 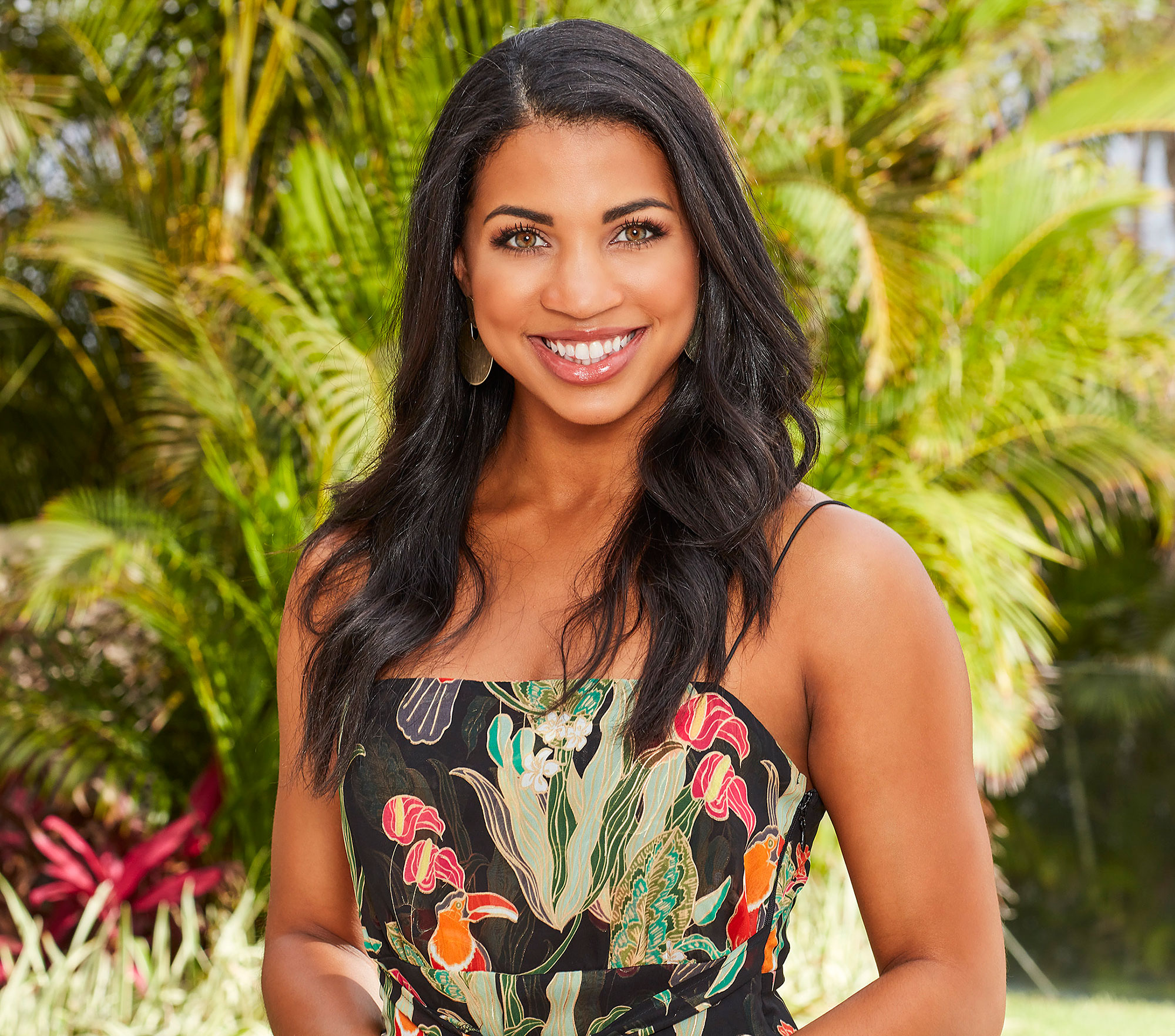 One gig the former ABC star would be down for is returning to Mexico to host a date on BiP. Celebrities including Lance Bass, Lil Jon and David Spade are taking on the gig for the upcoming seventh season of the spinoff after Chris Harrison’s exit from the franchise.

“I honestly think the rotating hosts would be fun. I would definitely partake in any rotating hosts situation. I think the rotating hosts also will be more relaxing to the contestants as well,” Morton told Us. “It’s just a distraction from everything that’s going on, as opposed to, maybe, an underlying fear. When the host that you know is always going to — most likely — come with bad news, you’re like, ‘Oh no, here it comes.’ If a random person is walking in, you’re like, ’Is this a host? Is this a guest? Are we on a date? What’s going on?’ It just is more mystery. And that mystery gives a little bit more fun and a bit more positive energy.”