Orlando Bloom turns 44 today (on January 13!), and Katy Perry is sharing never-before-seen photos of the couple! In a heartfelt birthday tribute, Katy gushed over her fiance, who she called a ‘brilliant father.’

Katy Perry is showering Orlando Bloom with love on his 44th Birthday! The “Smile” singer, 36, took to Instagram on January 13 (the actor’s actual birthday) to share never-before-seen photos (SEEN HERE) of intimate moments with her fiancé. Katy — who welcomed her first child with Orlando Bloom in late August — shared this adoring message to the actor:

“Happiest 44th to my love, brilliant father of my Dove & a shimmering mirror that sees and reflects to me what I can’t yet see,” she began, referencing the pair’s 4-month-old baby girl Daisy Dove Bloom. “Thank you for always going back down to the mat with me and never tapping out… So glad my moon found it’s sun, love you whole world doe.” 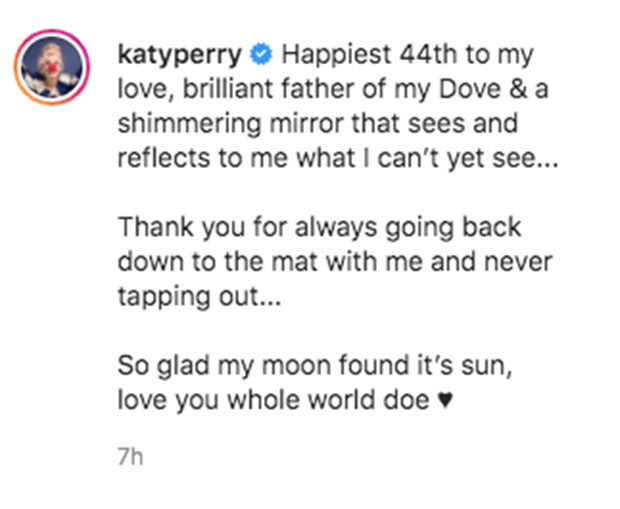 The candid snapshots gave fans and up close and personal glimpse into Katy and Orlando’s private life. They can be seen brushing their teeth together, horseback riding, traveling and more. Another photo showed Orlando holding his late dog Mighty, who the actor confirmed sadly passed away after going missing in July of 2020. Katy saved the sweetest photo for last, which featured a throwback snap of the couple smiling as they cradled Katy’s baby bump. 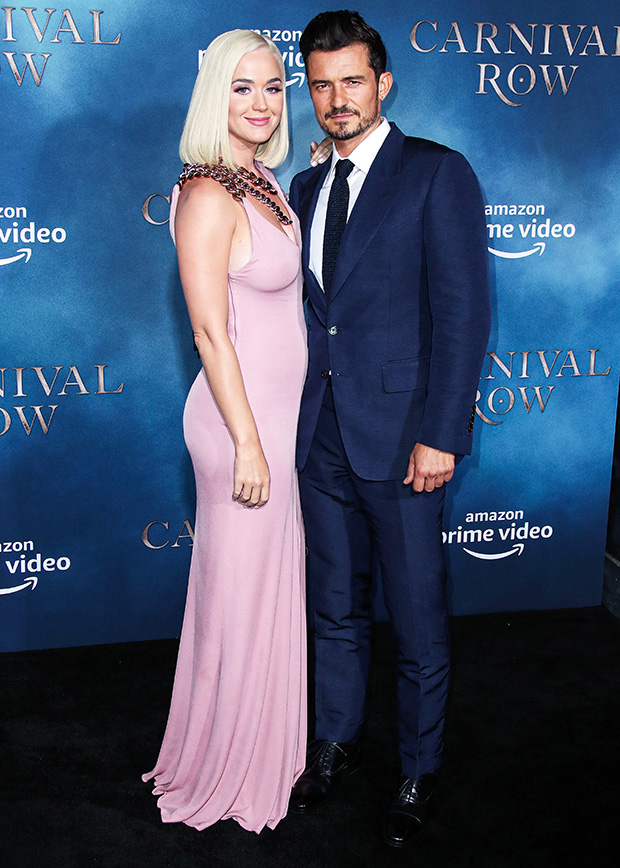 Katy and Orlando have been basking in baby bliss since they welcomed their first child together last summer. The Pirates of the Caribbean actor and the Grammy-nominated artist confirmed their daughter’s arrival in a joint statement on social media on August 27.  The couple partnered with charity UNICEF — with whom they’re Goodwill Ambassadors — to announce the exciting news.

“We are floating with love and wonder from the safe and healthy arrival of our daughter,” they shared, confirming Daisy Dove’s name. A black and white photo showed Katy and Orlando holding their daughter’s tiny hind. Katy first revealed her pregnancy in March in the music video for her song, “Never Wore White.”

As the engaged couple enjoys being a family of three, fans are still curious about when they’ll tie the knot. Katy and Orlando’s wedding was initially set to take place in Japan at the end of 2019, following the actor’s Valentine’s Day proposal. However, the COVID-19 pandemic halted the nuptials, Orlando revealed in March of 2020.