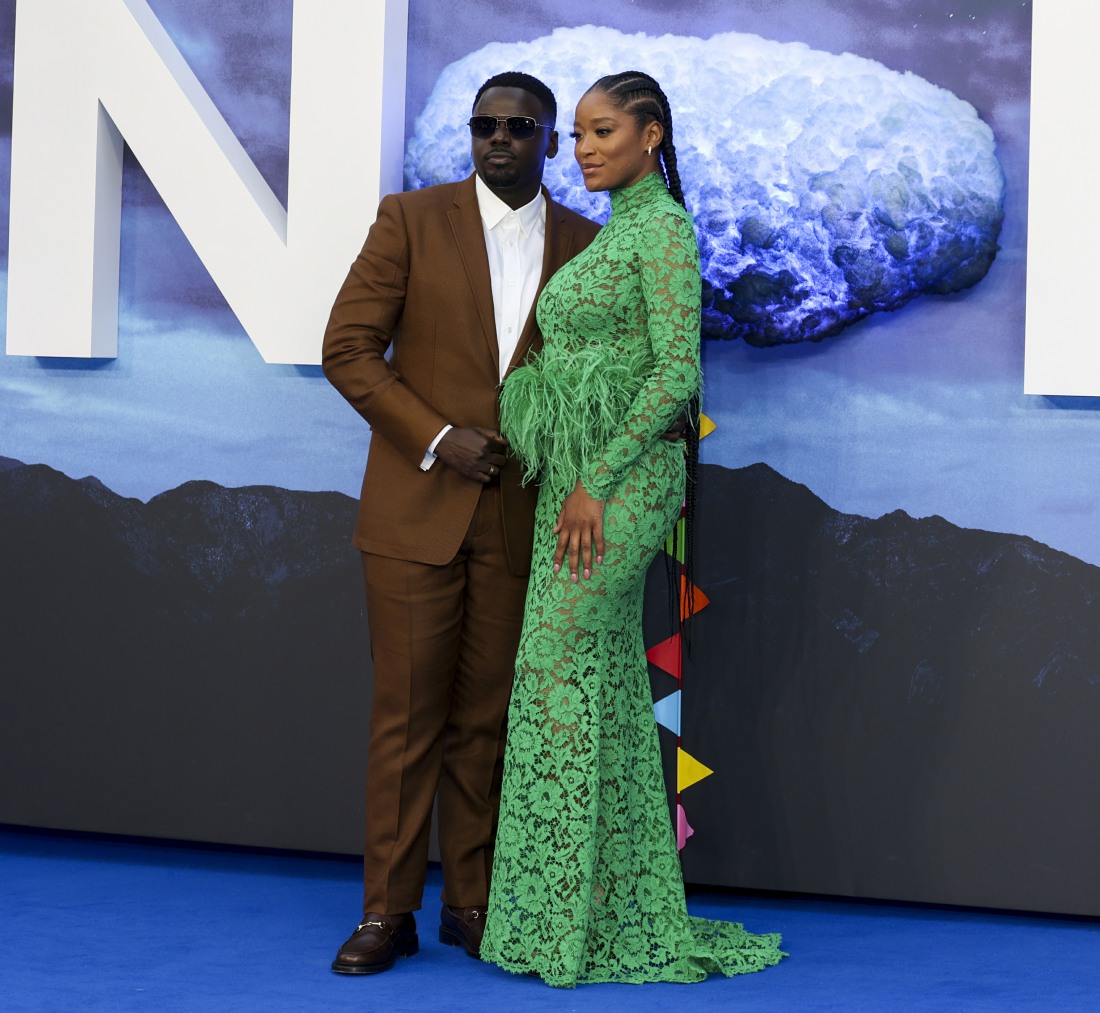 Here are photos from last night’s London Nope premiere. It doesn’t appear like Jordan Peele and Steven Yeun made the journey to London. Interesting! I wonder if Peele will do any kind of international tour to promote the film, or whether he’ll just let it go word-of-mouth. The film made $44 million in its opening weekend and Nope already has a domestic gross of $58 million-plus. The budget was $68 million – the studio will make money on this, especially as people see it multiple times, and come to it weeks after its release.

Anyway, Daniel Kaluuya and Keke Palmer were leading the charge at the UK premiere. Keke wore a green Valentino which is… not great. The lace looks so cheap to me and the feathers around the waste are just such a bad/odd design choice. The fact that this is a turtleneck too… jeez, why did she pick this?? The only nice thing about it is the color – that shade of green looks great on her. 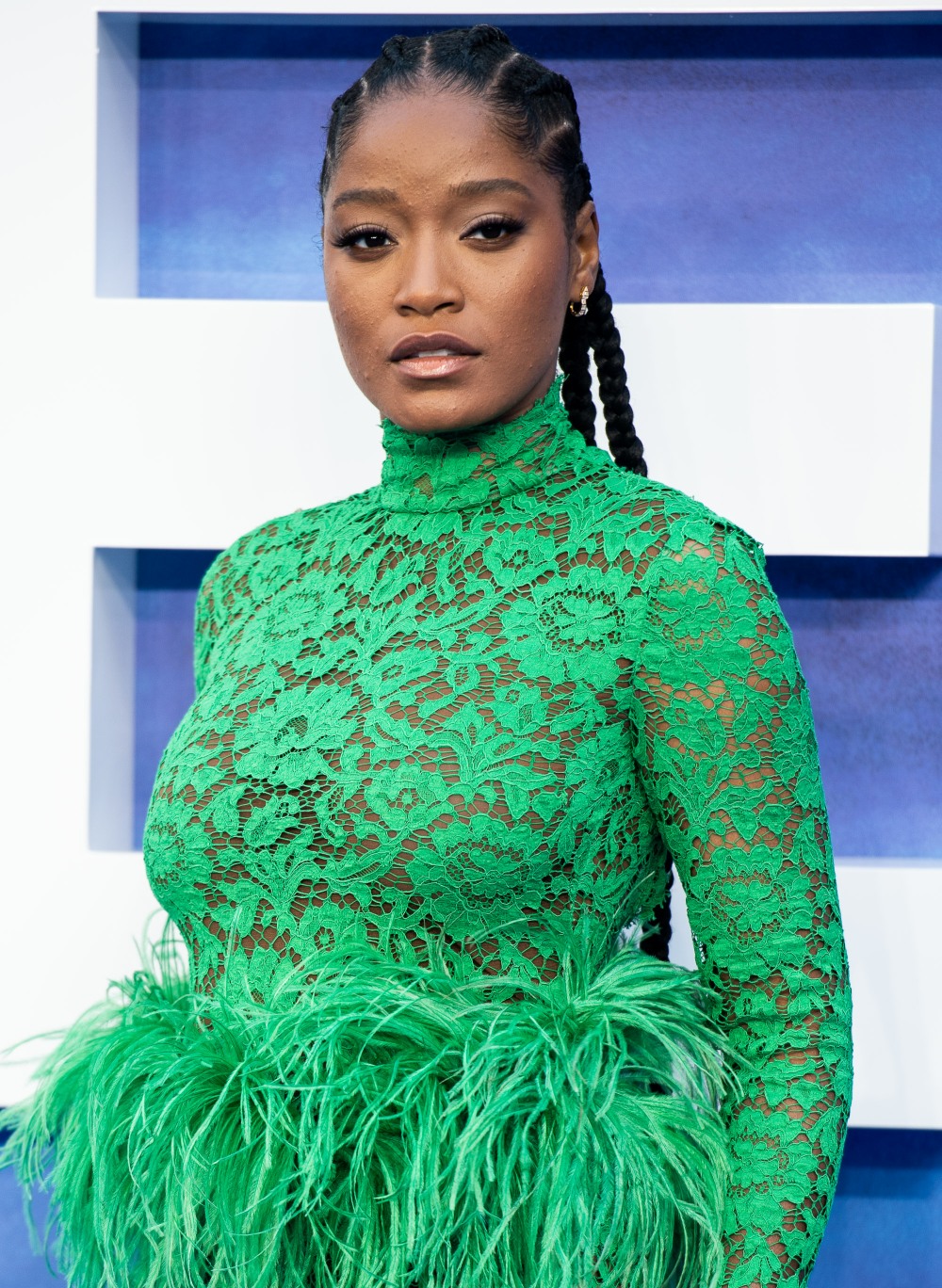 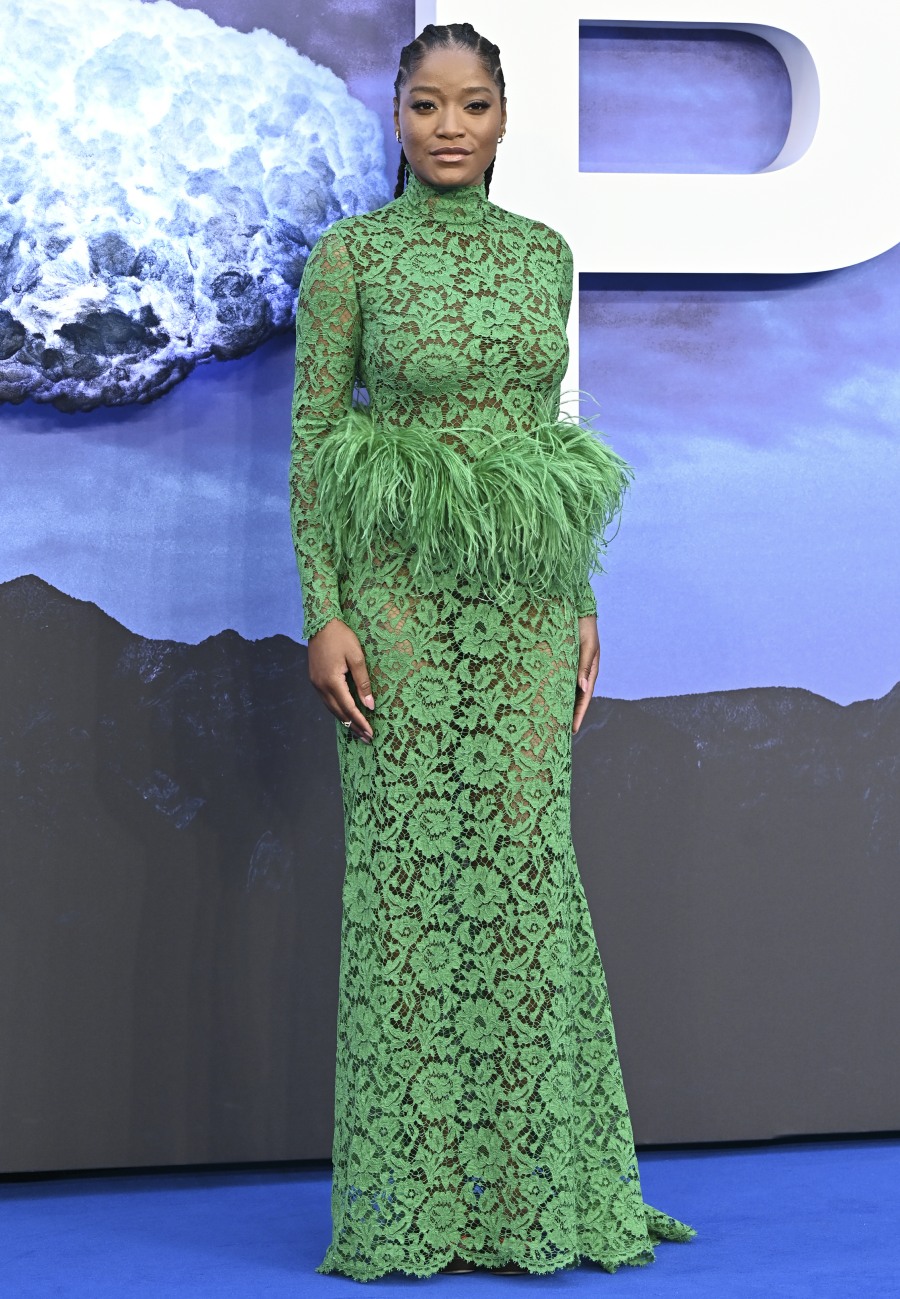 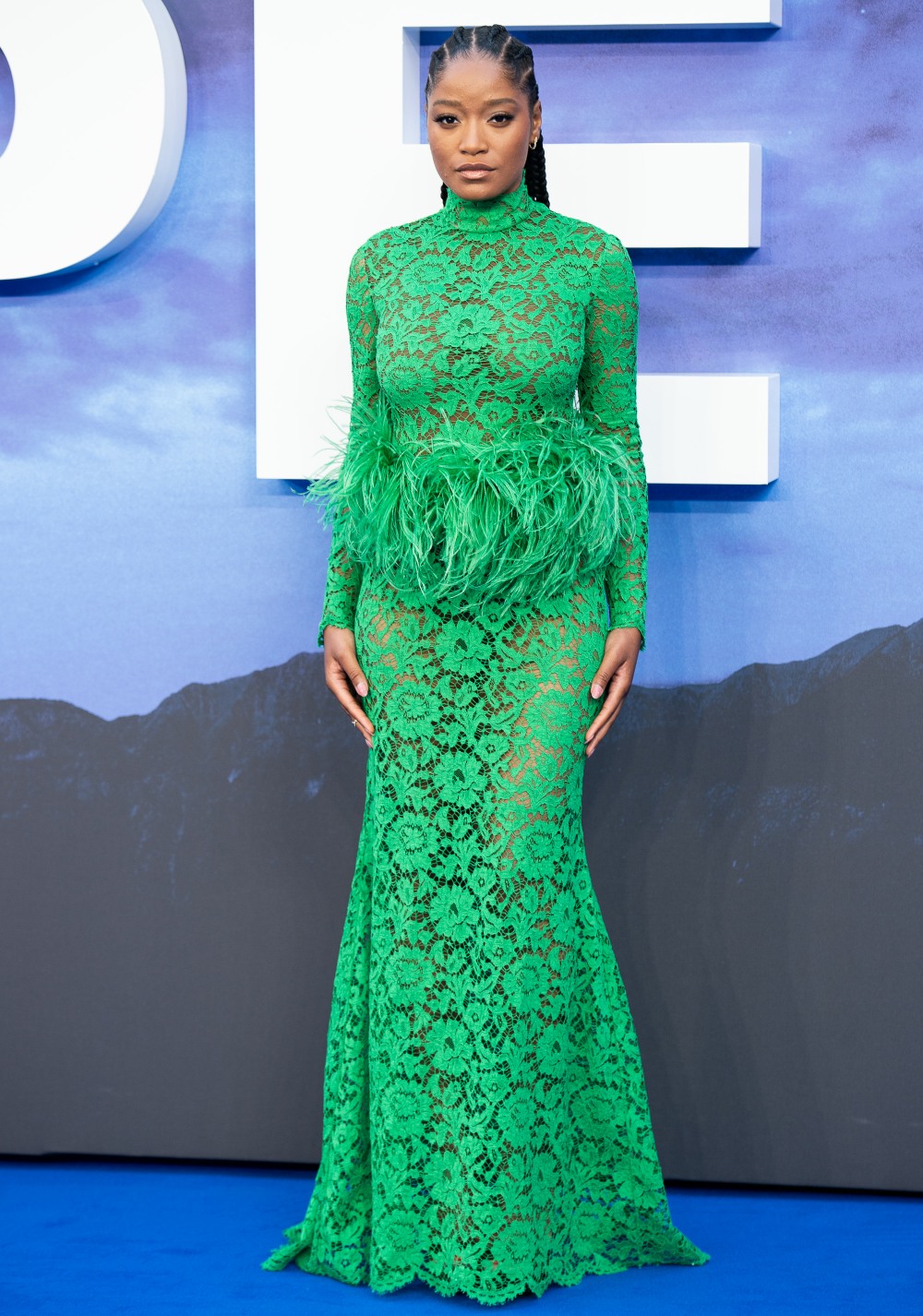 Daniel looked nice. He seems to eschew slim-cuts, right? I’m not sure if I’ve ever seen him in a slim-cut suit. Slim-cuts probably don’t suit his body. My one complaint is that I think he should have unbuttoned the top button on his shirt. He looks like a youth minister. 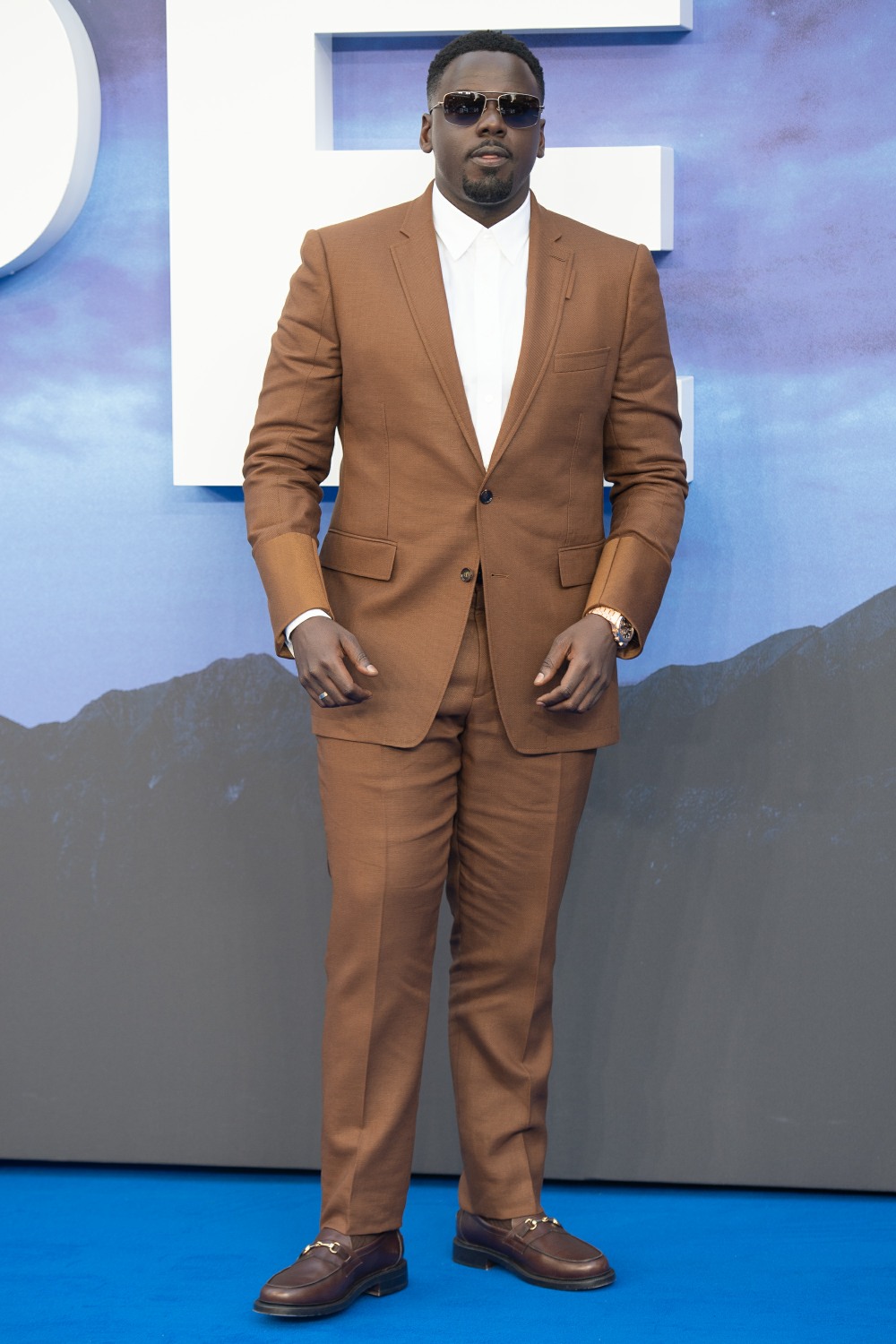 Stormzy is so handsome. 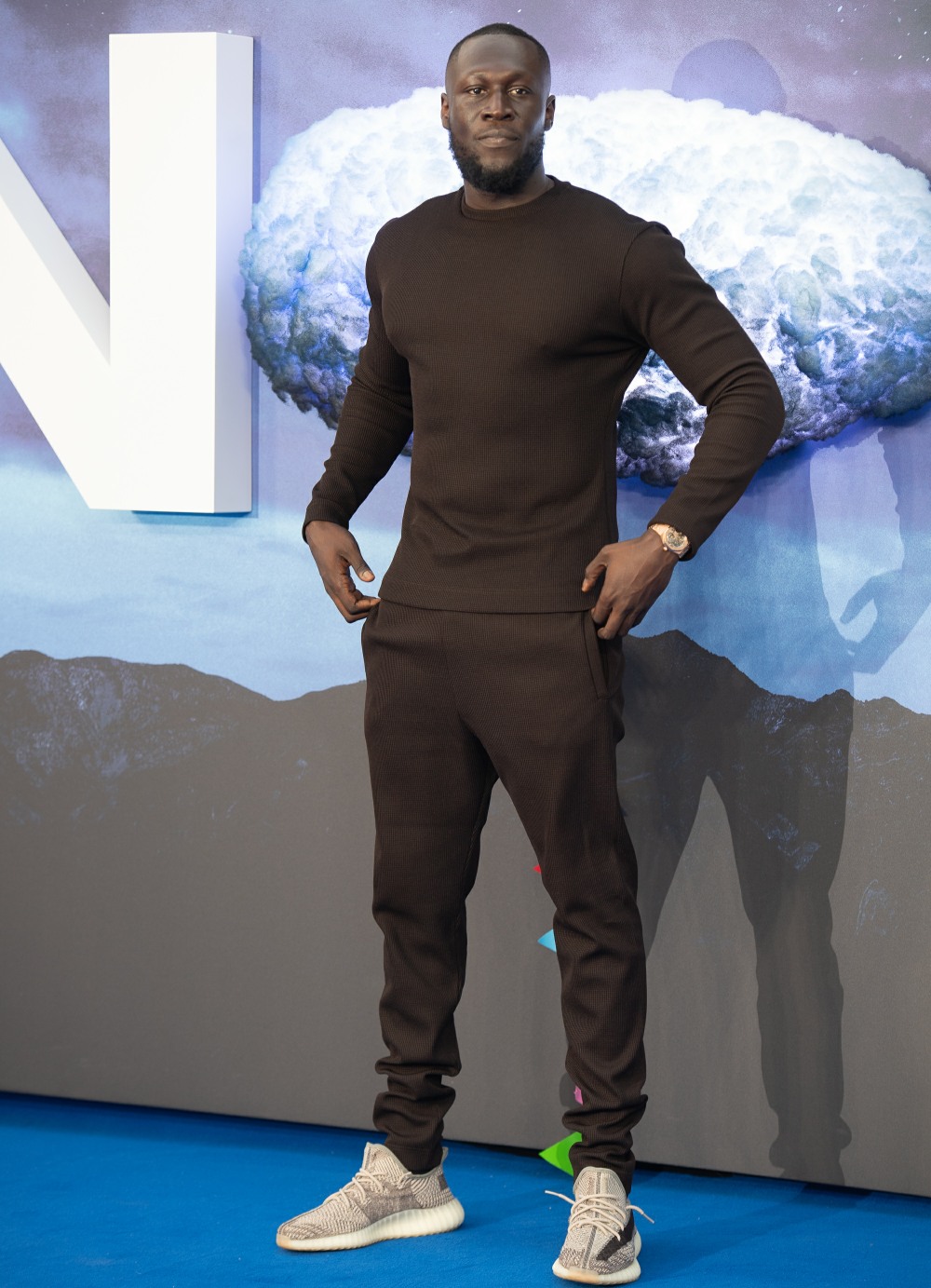 Brandon Perea’s jacket looks like Chanel to me. Is it?? 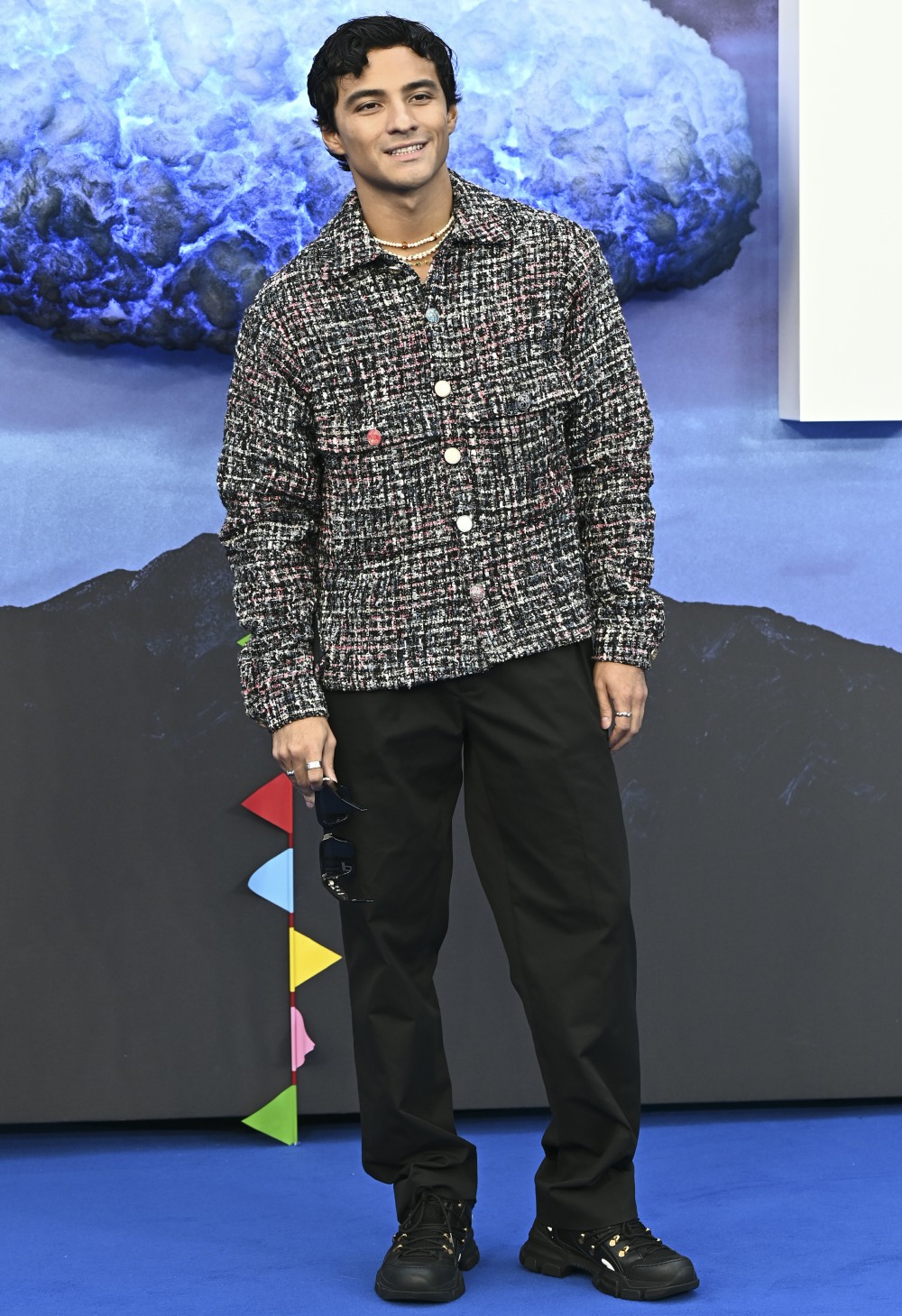