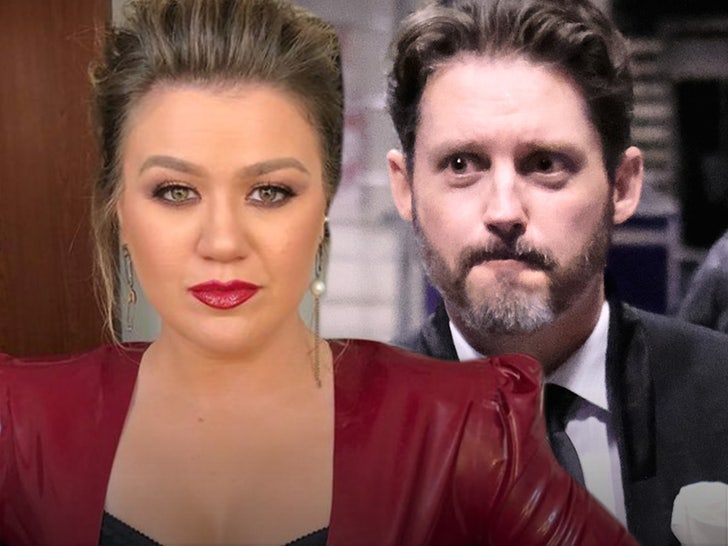 Kelly Clarkson has declared war on her estranged husband, claiming he defrauded her out of a fortune.

Clarkson just filed legal docs with the California Labor Commission, claiming her ex, Brandon Blackstock, who also served as her personal manager, defrauded her by charging exorbitant fees, and she wants all of the loot back.

Among other things, Kelly says Brandon wasn’t legally allowed to operate as a talent agent, because he never obtained a license.

She wants all the money back, and we are talking a fortune. Kelly has been one of the top money earners in the music biz for a long time now, so the commissions she’s paid are enormous. She was with Brandon’s company for 13 years.

Bryan Freedman, lawyer for Starstruck, tells TMZ “The labor petition conveniently ignores the fact that Kelly had her own licensed talent agency CAA at all times. While Starstruck Management Group provided talent management services on her behalf, it did so at all times that CAA was her agency of record.”

He continues, “It is unfortunate that Kelly is again attempting to avoid paying commissions that are due and owing to Starstruck to try and achieve some perceived advantage in her ongoing custody and divorce proceedings.”

Kelly was sued by Brandon’s company in September, Starstruck Management, claiming she owed the company $1.4 mil in commissions.

This is the latest shot over the bow in what has become a nasty divorce.

TMZ broke the story … Kelly and Brandon were fighting over custody … he wanted their 2 kids to stay with him at the family’s Montana ranch. She said she did not want the kids shuttling back and forth between states, and L.A. has been home base for the children. The judge agreed, and now Brandon can only see the kids every other weekend.