Kendall Jenner is clearing up some confusion about the super-revealing dress she wore to her friend Lauren Perez’s Miami wedding in November. When photos from the bash first surfaced on social media, Kendall’s insanely sexy, black Monot cutout look sparked a number of users to criticize the model for taking attention away from the bride on her big day. Lauren reposted a handful of the same pics recently on Instagram, proclaiming her wedding to have been “the greatest night of 2021.” The post prompted a new round of dress praise and backlash, with one user writing, “Inappropriate outfit at a wedding @kendalljenner, I’m embarrassed for you. #cringe.” But after a second person told the critic to “relax,” the bride chimed in to defend her pal. “Tell ’em! SHE LOOKED STUNNING AND I LOVED IT!” Lauren wrote in the comments. Kendall weighed in, as well, telling Lauren, “Obvi, asked for your approval in advance, too. We love a beach wedding.”

RELATED: Gabrielle Union and Dwyane Wade take in the Rams game, plus more great celeb pics from this week

Bob Saget posted about the afterlife just days before his death

As Bob Saget’s family, friends and fans mourned the “Full House” star’s death this week, some took solace in one of his last posts on Instagram. On Dec. 31, amid news of Betty White’s passing, Bob shared a moving tribute to Betty in which he mused about the afterlife. “[Betty] always said the love of her life was her husband, Allen Ludden, who she lost in 1981,” Bob wrote, in part. “Well, if things work out by Betty’s design— in the afterlife, they are reunited. I don’t know what happens when we die, but if Betty says you get to be with the love of your life, then I happily defer to Betty on this.” Sharing his “deepest condolences” to Betty’s “family and friends,” he added, “Betty White. My God we will miss you.” Bob’s unexpected death on Jan. 9 at age 65 inspired similar sentiments from his peers in comedy and TV. “I am broken. I am gutted. I am in complete shock,” John Stamos posted. “I will never ever have another friend like him. I love you so much Bobby.” In San Francisco, meanwhile, fans gathered outside the home where “Full House” was filmed on the evening of Jan. 9, leaving flowers and mementos in the late star’s honor, according to local news outlets.

Zendaya warns ‘Euphoria’ fans Season 2 ‘can be difficult to watch’

The new season of “Euphoria” is so intense Zendaya warned social media followers to proceed carefully ahead of the Season 2 premiere. “I know I’ve said this before, but I do want to reiterate to everyone that Euphoria is for mature audiences,” the star wrote on Instagram on Jan. 9. “This season, maybe even more so than the last, is deeply emotional and deals with subject matter that can be triggering and difficult to watch. Please only watch it if you feel comfortable. Take care of yourself and know that either way you are still loved and I can still feel your support. All my love, Daya.” Zendaya, 25, won an Emmy after the show’s first season for her performance as Rue, a teen who’s navigating changes in her romantic relationships and friendships while trying to stay sober. “Euphoria” was forced into a long break in production due to the pandemic, but once filming resumed, multiple cast members, as well as creator Sam Levinson, started hinting that Season 2 would be heavy. “A lot of times, with Rue, I have such a deep love for her that when she’s going through something, it breaks my heart,” Zendaya said of her character in the November 2022 edition of InStyle. “And your body doesn’t know that the situation isn’t real; it’s absorbing those things and really going through it. It can take time for your body to come back to normal. New episodes of “Euphoria” air on Sundays on HBO and HBO Max.

Jamie Lee Curtis, Mj Rodriguez among the only stars to acknowledge 2022 Golden Globes

The 2022 Golden Globes went ahead with a private and awards ceremony on Jan. 9 — without broadcast coverage, a livestream orparticipation from virtually any winners or nominees. And while Jamie Lee Curtis delivered a show of support via video message for the Hollywood Foreign Press Association, the embattled organizers of the event, most reports from the ground indicated there were basically no celebrities in attendance at what was once an awards season staple. That’s presumably because the film and TV industries have distanced themselves from the Globes since the Los Angeles Times reported last year that the HFPA had zero Black members in its 87-person organization. Allegations about regular breaches of voting ethics within the HFPA surfaced as well and NBC yanked its coverage for 2022. In place of a broadcast this year, the Globes revealed winners via Twitter — often in terms critics slammed as tone-deaf or simply confusing. When Steven Spielberg’s “West Side Story” won the Globe for Best Picture – Musical/Comedy, for example, the announcement on Twitter saluted the film — which includes a killing and an attempted sexual assault — for inspiring laughs. “If laughter is the best medicine, ‘West Side Story’ is the cure for what ails you. Golden Congrats on the Golden Globe for Best Picture — Musical/Comedy,” a since deleted tweet read, according to Cheatsheet.com. Other winners included Jason Sudeikis (“Ted Lasso”), Kate Winslet (“Mare of Easttown”) and “Power of the Dog.” “Pose” star Michaela Jaé Rodriguez made history as the first trans person to win a Golden Globe. She was also one of the only celebs who acknowledged the ceremony at all on social media, posting in part, “This is the door that is going to open the door for many more young talented individuals.” According to Time.com, the HFPA has said it now employs a chief diversity officer, has added six Black voting members and is now partnering with the NAACP for the next five years.

Over the weekend, Josh Duhamel announced his engagement to Audra Mari — and his ex-wife, Fergie, promptly chimed in to congratulate the couple. “It’s on!! She found a message in a bottle that washed ashore and said YES!!,” Josh, 49, captioned a photo from his proposal on Jan. 8, tagging his 28-year-old bride-to-be. Congratulations soon began pouring in from Josh and Audra’s friends and followers, including Josh’s ex, Fergie. “Congrats!!!💚💚💚💚💚💚,” the singer wrote on the post. Fergie, 46, finalized her divorce from the actor in 2019 after nine years of marriage, though they announced they’d split in 2017. The two share one son, Axl, 8. Asked about her post-split relationship with Josh a few years back, Fergie told Entertainment Tonight it was pretty smooth sailing, telling the outlet: “We’re all love and we love each other. We’re all cool and just a family. I have a good co-parenting partner, so we work it out.” 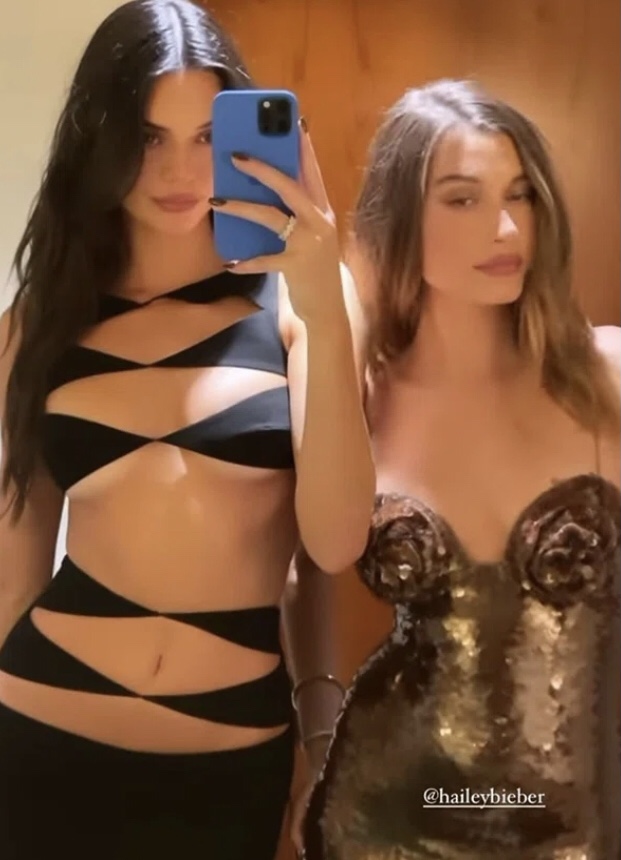 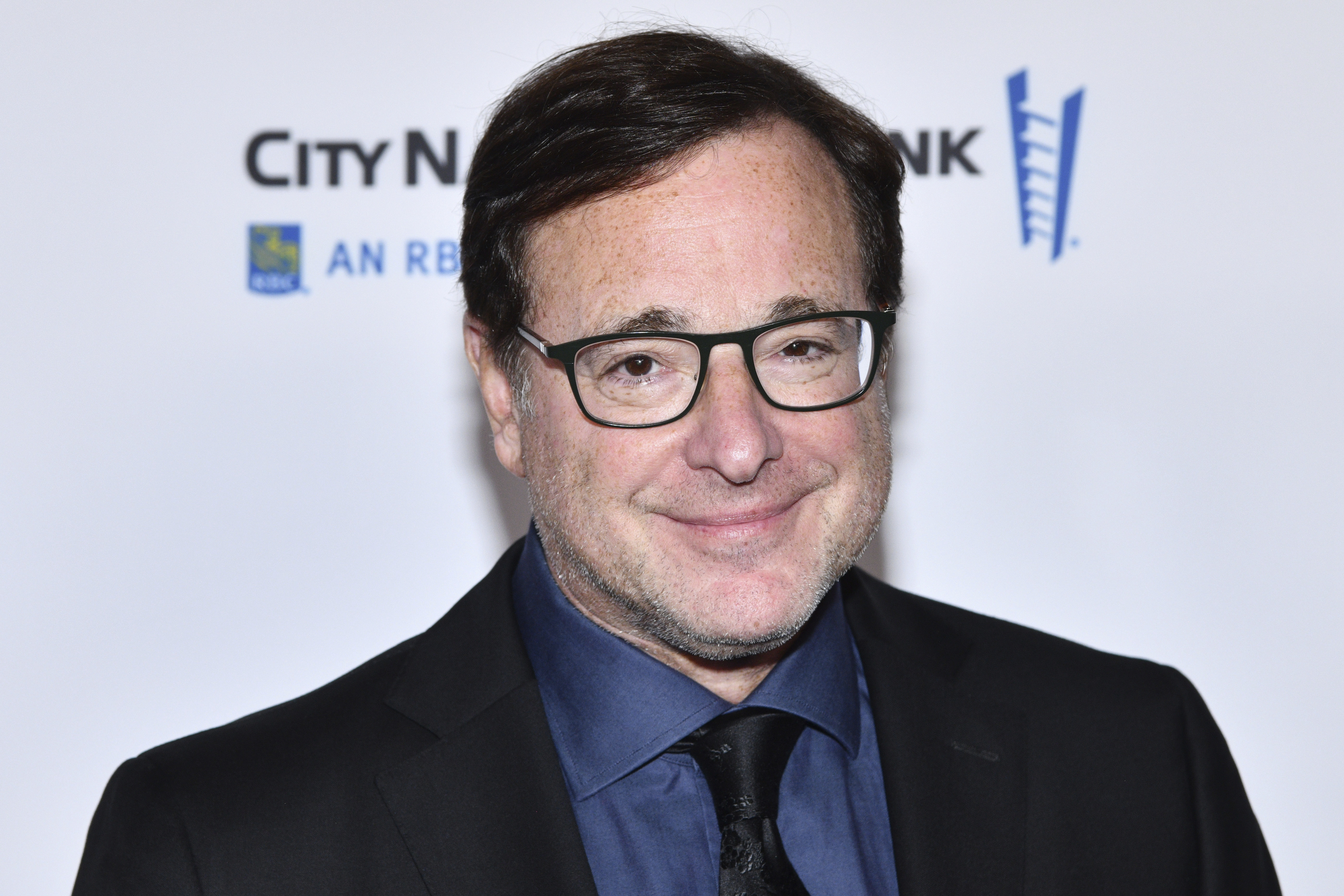 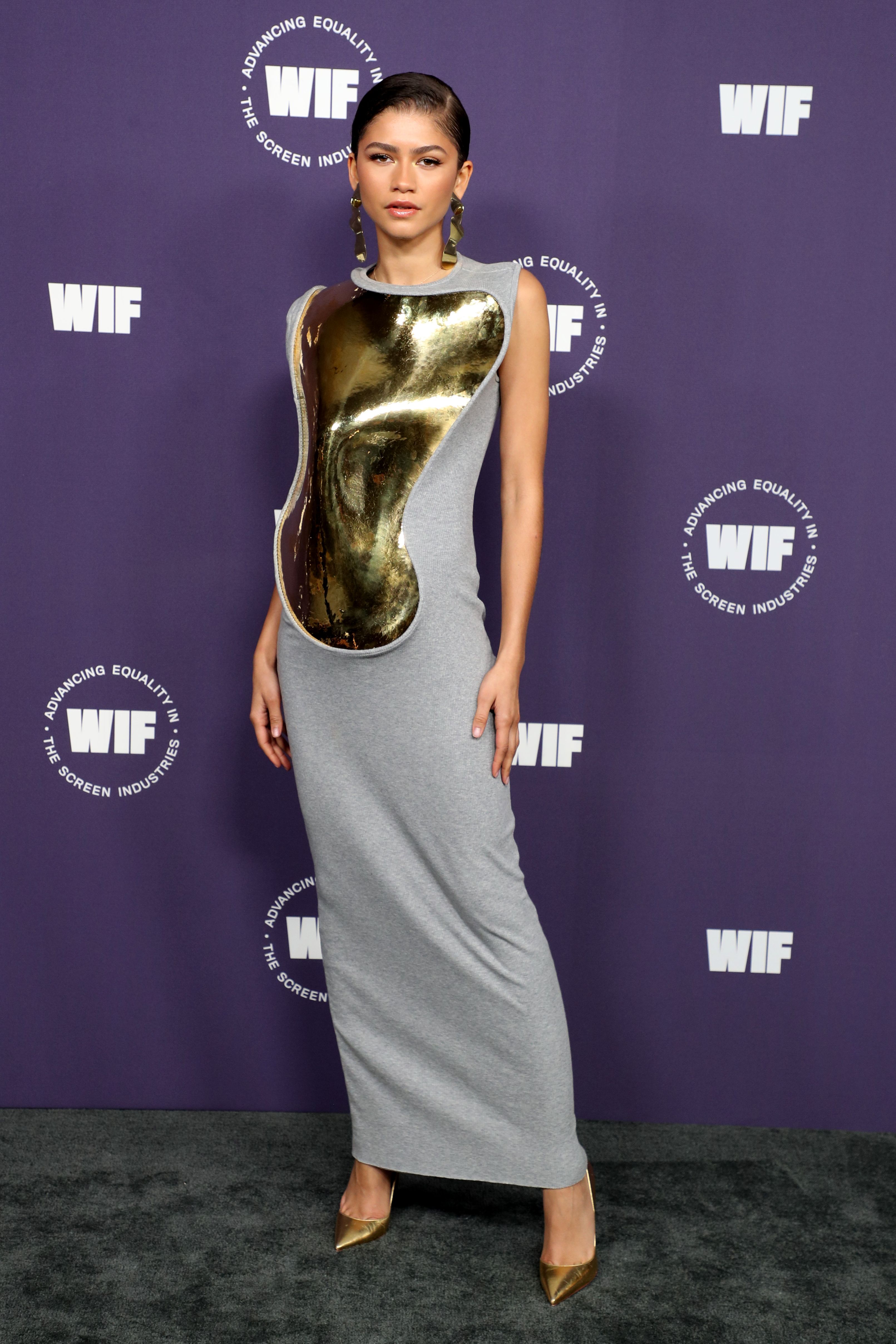 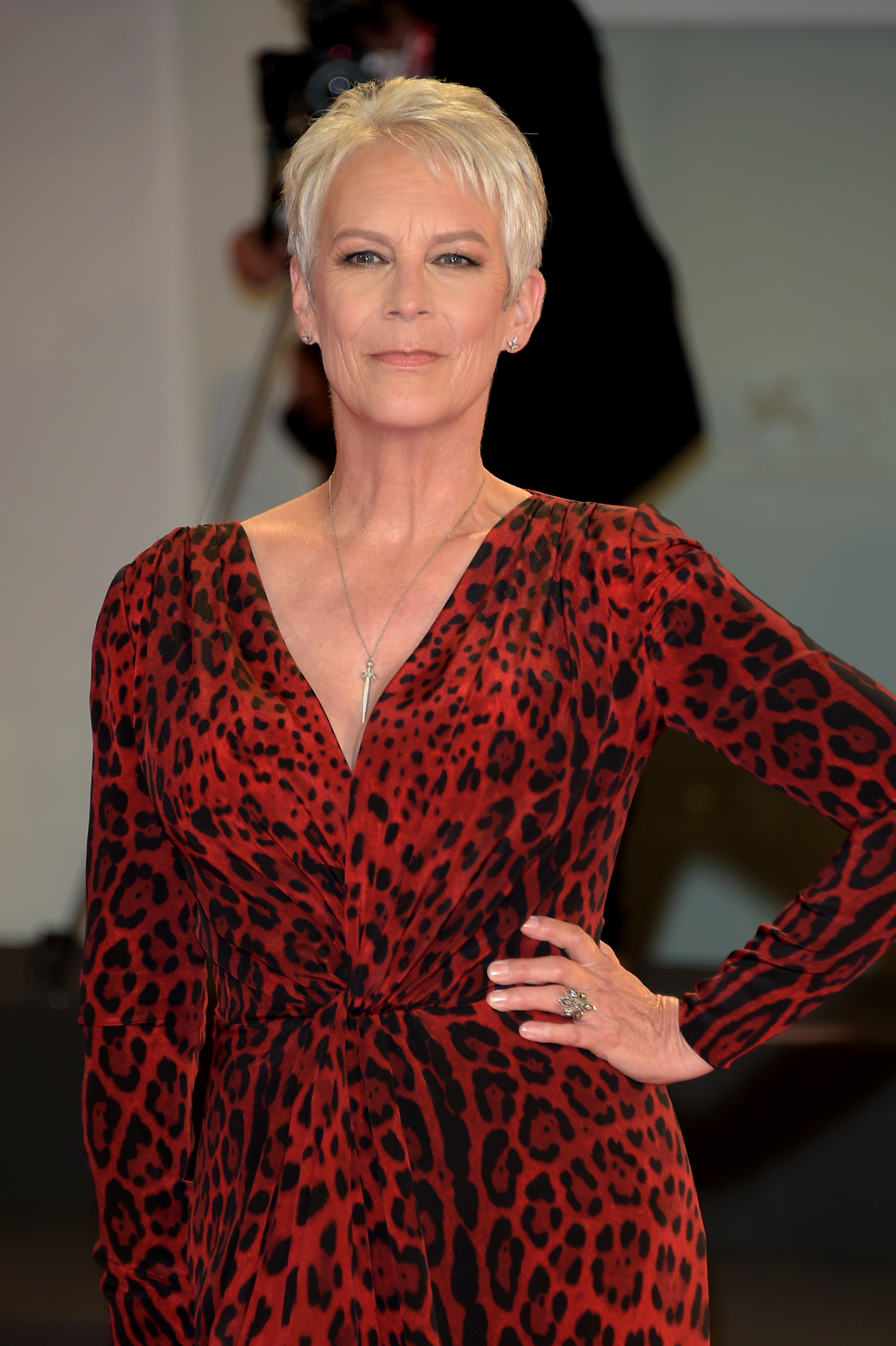 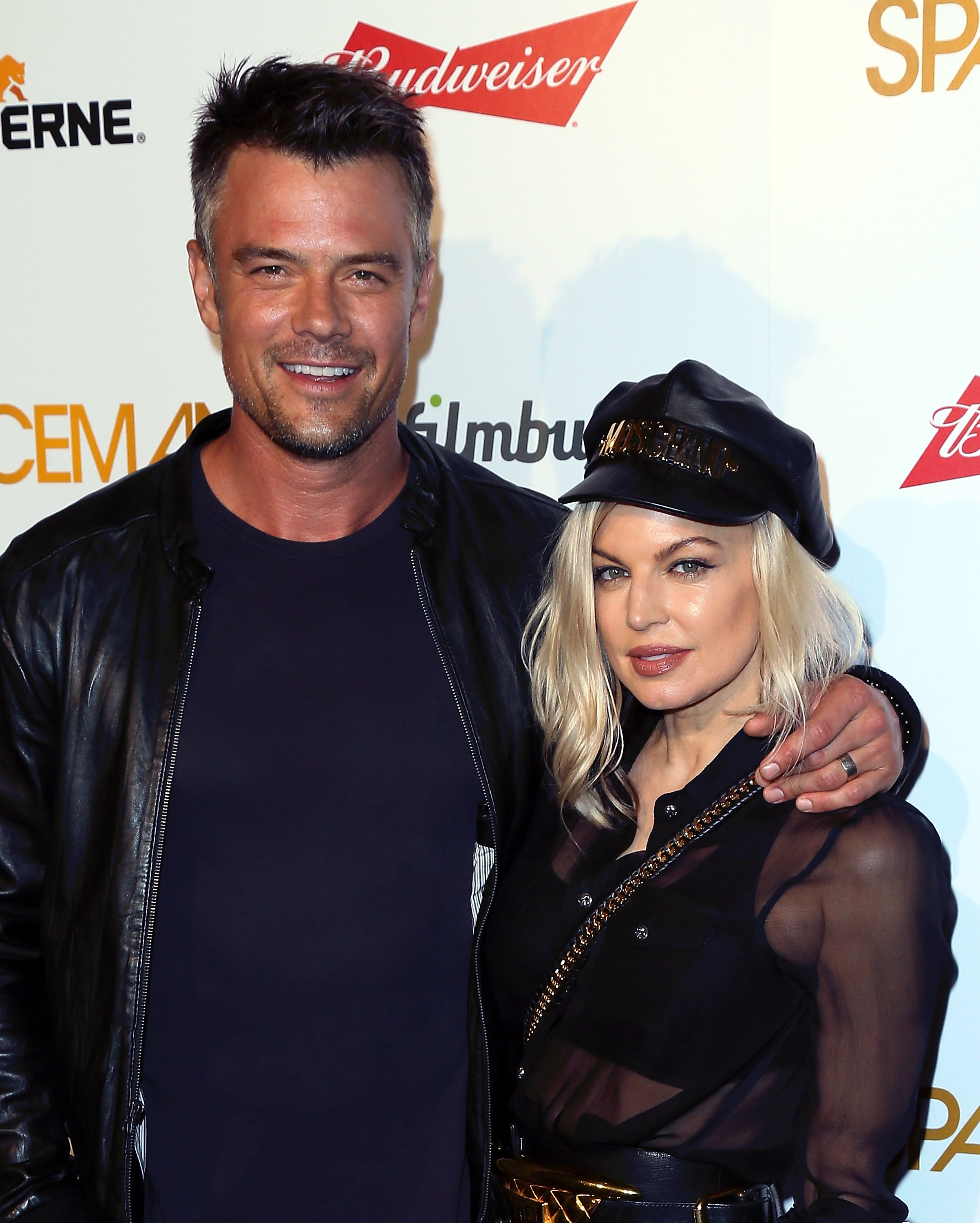 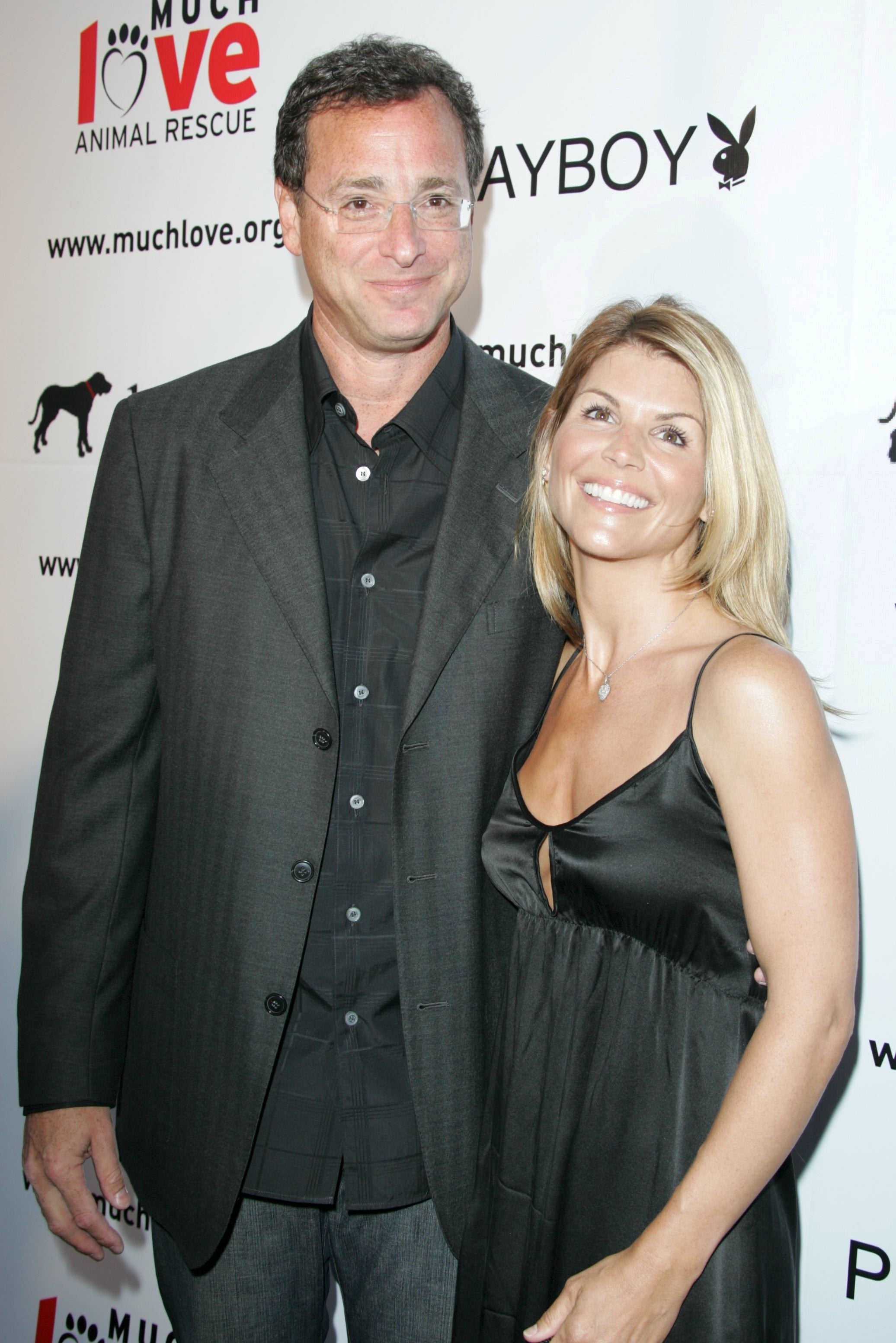