Kourtney Kardashian came with her boyfriend Travis Barker to New York City for the drummer’s appearance on Saturday Night Live this weekend. Barker played for musical guest Young Thug, after playing back up on “Ski” during Thug’s NPR’s Tiny Desk spot. The episode was hosted by Rami Malek one week after Kim Kardashian’s stint in the role.

Kourtney posted a series of shots of her and Barker in the green room in which he is shirtless and she is playfully handling his drumsticks before leaning in for a kiss. Kourtney is wearing a green off-the-shoulder bustier in a cheetah print and a big smile. In the caption she wrote, “Live from New York!”

Barker commented on her Instagram post, “You’re the best drummer I know,” and added a heart-eyed emoji.

Kourtney also shared several photos in her Insta stories, including a pic of her and Barker’s feet on the SNL carpet, covered in the trademark NBC peacock logo: 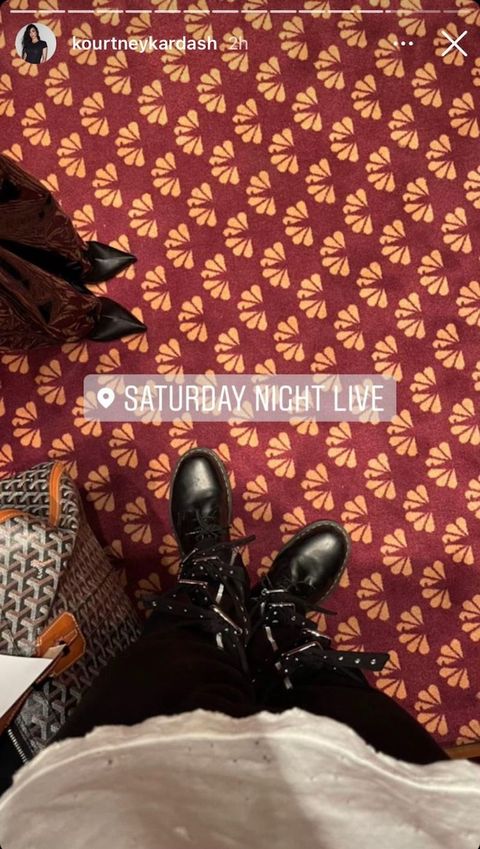 And another of her reflection outside the dressing room over Barker’s name tag: 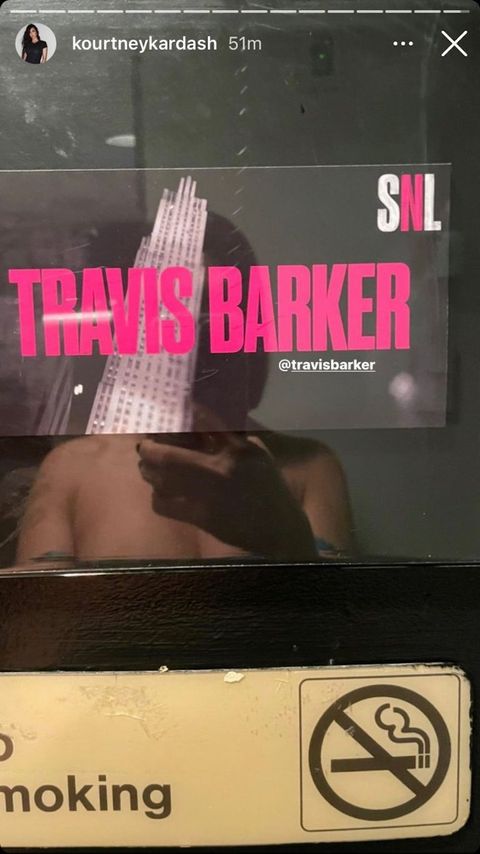 The couple left after the show hand-in-hand. It’s been a big week for the Kardashians and Saturday Night Live. When Kim hosted, she had an entire sketch about her sister titled “The People’s Kourt,” in which Kim as Kourtney got physical with SNL actor Mikey Day playing Barker. They then invited out their friends Megan Fox and Machine Gun Kelly, played by Pete Davison and Chloe Fineman. Fox and MGK might be the only couple to rival Kourtney and Barker for public displays of affection, and they’re great friends in real life.

A photo of both couples standing in the bathroom at the Met Gala this year became a favorite meme of the Internet because of the passion on display:

they asked me if I would take their pic and pic.twitter.com/n1GeyMj8oh

It’s nice to have friends who share your interests.