Lizzo has been on a meteoric rise as of late, and she always uses her platform to spread the message of self-love that she wants to spread.

She wasn’t always body positive though, but she actually credits the internet for why she began to love her body for what it is. 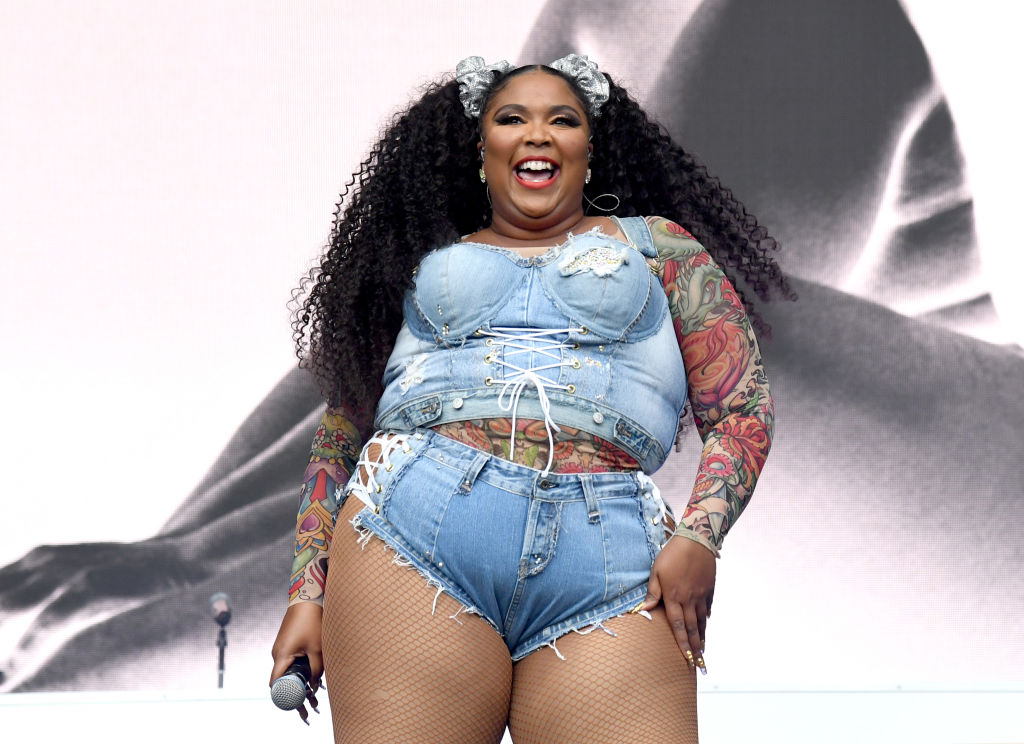 Like Lizzo said, in the past, America’s idea of beauty came from the minds and bodies of very few people. Back in the day, modeling agencies and casting directors basically decided for America who and was beautiful, and therefore, who and what wasn’t.

That’s why for decades, models were very skinny, sometimes even dangerously so. Actresses also tended to be similar, and there was no room in both worlds for regular sized women or women with some extra bodyweight.

This created a situation where the only women in America who were considered beautiful tended to be very skinny, and this encouraged girls and young women to get skinnier at all costs.

Like the Healthline article mentioned, the barrage of skinny models in the media isn’t the only cause for an increase in eating disorders, but it is a major one.

For example, anorexia was almost unheard of on Fiji in 1995. However, after broadcast TV was introduced to Fiji in that same year, a researcher noticed a dramatic increase in eating disorders among the young women of Fiji.

The researcher as well as other researchers who’ve done similar studies blame that increase in eating disorders on the media showing people a narrow definition of what it meant to be beautiful. This is exactly what Lizzo is talking about when she said that a few people were controlling what everyone thought was beautiful.

That’s why she thinks that the internet is the key to body positivity, because it breaks that hold that the modeling agencies have over the definition of beauty.

What does the internet have to do with it?

Rather than watch TV or read a magazine that’s full of models that were handpicked by modeling agencies, the internet gives Lizzo and us the freedom to choose. Like Lizzo mentioned in that Yahoo article, if you want to find someone with thick thighs or blue hair on the internet, you can.

No matter what you think is or isn’t beautiful, the internet probably has examples for you to look at. And that’s how Lizzo learned to love herself. Through the internet, she was able to find other beautiful people who looked just like her.

By doing that, she was able to realize that she was in fact beautiful, and that beauty isn’t in the eyes of a handful of modeling agencies and casting directors.

That’s why she thinks that the internet is the key to body positivity. By showing people that beauty isn’t just being skinny or having a certain color of hair, everyone, like Lizzo, can realize that they’re beautiful too.

The internet gives everyone space to post whatever they want to post, and Lizzo thinks that’s one of the ways to create a more body positive society. It’s one thing to talk about self-love, but she thinks that making space for people who don’t fit that stereotypical image of beauty is the best way forward.

There are several other body positive people in media today, but compared to the number of people in the media who still come from that stereotypical image of beauty, it’s not enough.

Lizzo thinks that there are many other artists out there who are just like her, but who don’t have the space in society to say their piece. She thinks that by creating space for these self-loving artists, then they can truly be set free, much like she has been.