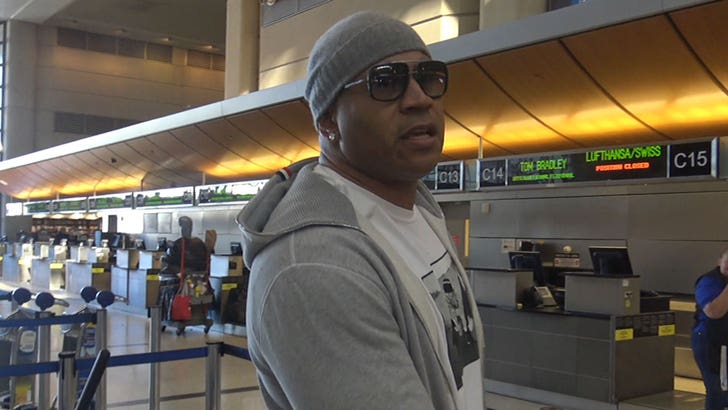 LL Cool J has a lot of sympathy for A$AP Rocky, but says if he’s convicted in Swedish court of assault, he can’t go on the lamb.

LL was at LAX Friday and made one point clear … if he were in A$AP’s shoes and got a guilty verdict, he would not just go back to Sweden and face the music … rather, he’d “negotiate.” We’re reading between the lines, but it seems he’s saying he’d do a little horse trading … I’ll come back, but you can’t throw the book at me.

As for never going back, LL thinks that’s a bad idea. Even if Rocky couldn’t be extradited from the U.S., his travel would be severely restricted because other countries might in fact hook him up and send him back to Sweden.

As we reported, it’s looking likely that A$AP will be found not guilty, because prosecutors failed to prove A$AP struck the alleged victim with a bottle.

A$AP returned to L.A. Friday at around midnight, and he couldn’t be happier.