Love Island’s Belle Hassan has revealed she and her fellow villa babe, Joanna Chimonides, have plans to move in together.

The 21-year-old make-up artist found romance with Scottish gym owner, Anton Danyluk, during her time on the ITV dating show, but has hinted she’s setting up home with her gal pal instead.

As Belle and Joanna took to Instagram to do a joint Q&A with their followers, the now-reality stars were asked if they lived together.

Responding to the query, they revealed: ‘We do not live together, but it’s pending.

‘We may move in together one day very soon.’

Meanwhile, Belle and her villa beau are enduring a long distance relationship between London and Anton’s native Scotland.

The fitness fanatic has admitted he has no plans to leave Scotland, but has vowed to make the effort to see Belle as much as possible.

So sad to see @joannachimonides leave the villa ?? ??? They were such good friends ? @loveisland #loveisland @itv2 #itv2

He told new! magazine: ‘I won’t be moving away from Scotland, but with all the things that are going on I’m going to be up and down the country anyway.

‘If I’m down this way I’ll make sure I see her and she can come up to Scotland.’

Spilling the details on things in the bedroom, he also confessed they are yet to get down to it because they’ve been too keen to hit the hay whenever they’ve reunited.

‘We haven’t [done bits]. When we’ve seen each other we’ve been tired and gone straight to bed.

MORE:Curtis Pritchard has an ADORABLE nickname for Maura Higgins- but it was never aired on Love Island 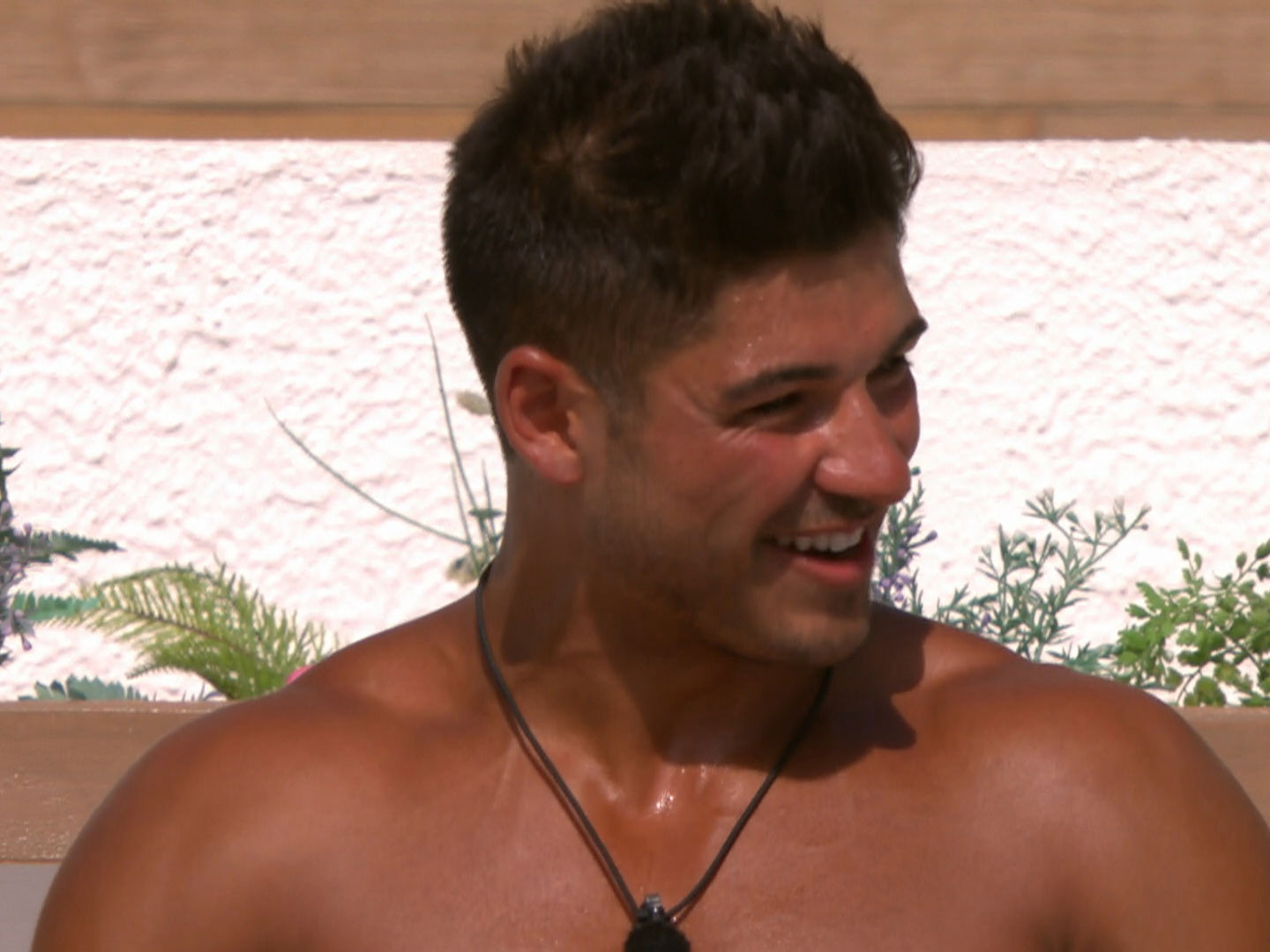 Continuing, he admitted that he hasn’t even taken things to the next stage with Belle yet, explaining: ‘Everyone’s saying this “making it official” as if we’ve been in a relationship for so long.

‘I’m very much a realist. We’ve still got a bit of dating to do on the outside before we know if it’s going to work.

‘But we’re both on the same page, which is important.’