The former ‘Selling Sunset’ star is still able to see the positive side of her unfortunate situation though, as she calls herself ‘lucky’ to be the mother of 3-year-old Aiden and 2-year-old Elle.

AceShowbiz –Maya Vander has suffered a miscarriage just six months after a stillbirth. Having lost a baby boy during the birthing process back in 2021, the 40-year-old reality star took to Instagram on Wednesday, June 22 to share with fans that she has now miscarried 10 weeks into her latest pregnancy.

The mother of two, who has 3-year-old Aiden and 2-year-old Elle with husband Davee, wrote on Instagram, “I had a very crazy week. Miscarriage after 10 weeks … following my stillbirth … but my kids and my husband are absolutely my blessings and I am so lucky to be their mother!”

The former “Selling Sunset” star concluded her post by urging her 1.3 million followers to “hug and love the people [they] care about,” and reminded them to “not take things for granted.” 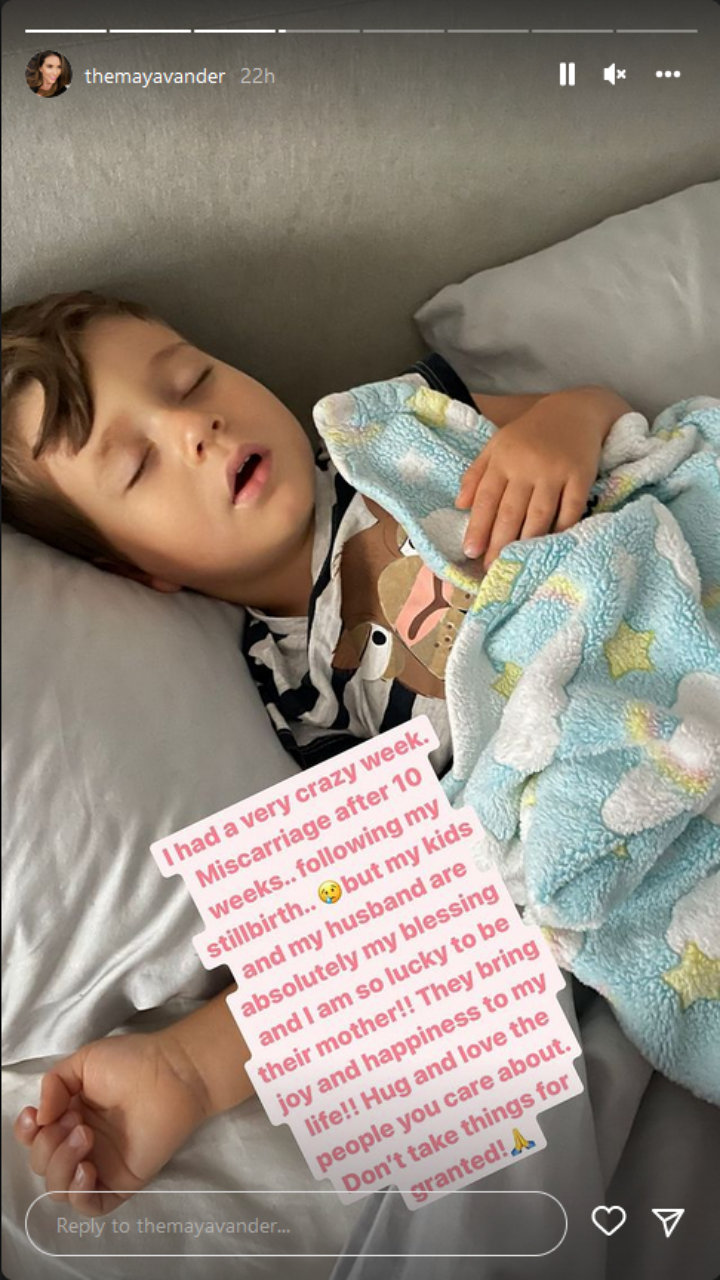 Maya had previously described getting pregnant again as part of the “healing process” and had been hoping for another baby. She said, “I have my moments, that’s part of grief, and just take this opportunity to raise voice for stillbirth and pregnancy loss. I think part of healing is getting pregnant again. I hope I will. We’ll see.”

Despite her heartbreak, Maya explained during the “Selling Sunset” reunion show that she feels “very lucky” to already have two “beautiful children.” She then went on to reveal that she received the autopsy report after the death of her baby boy as saying, “We just got the autopsy back and it was just a bad accident with the [umbilical] cord mixed with some swallowed placenta.”