Water under the bridge? Megan Fox wasn’t too concerned by what some fans thought was a dig by Lala Kent at the Midnight in the Switchgrass premiere.

Fox, 35, didn’t attend the Los Angeles event on Monday, July 19, crediting a rise in the city’s COVID-19 cases for her absence. Kent, 30, accompanied the film’s director and her fiancé, Randall Emmett, and seemingly threw shade at the Transformers actress when she posted an Instagram Story photo of herself directly blocking Fox on the movie’s poster.

“I don’t see anything ’cause I’m not online,” the New Girl alum told USA Today on the supposed social media snafu on Thursday, July 22. “I really like Lala, so I can’t imagine she would be trying to do anything negative like that. She’s a lovely person.” 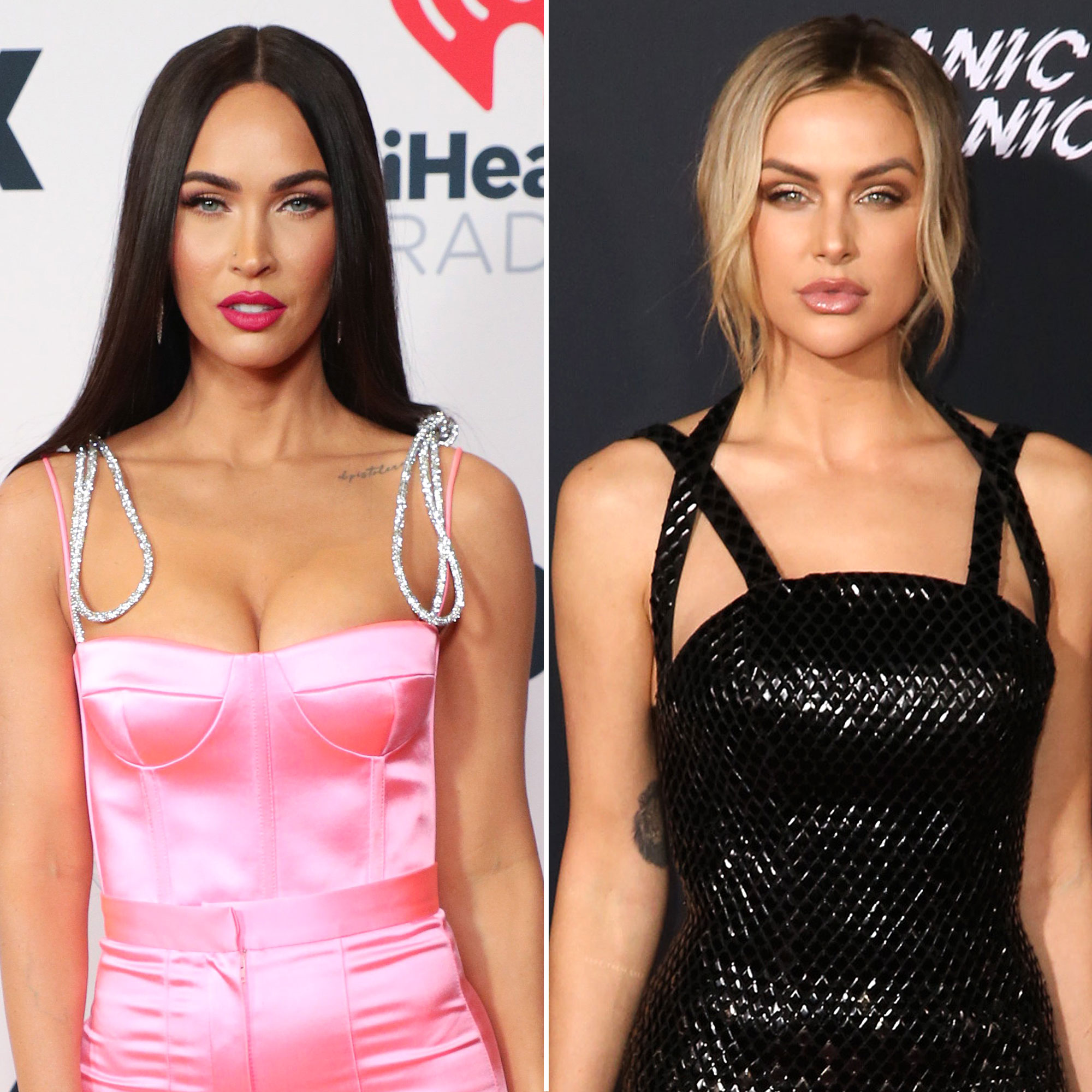 The Vanderpump Rules personality, for her part, denied that her celebratory post had any kind of hidden meaning. “My mother took the picture of a special moment in my fiancé’s life,” Kent told the outlet in a statement. “In no way was it meant to shade anyone. I like Megan; she has been nothing but kind to me. I’m grateful she supported Randall in his directorial debut. I’m very proud of them both.”

Shortly after sharing the picture fans thought was calling out Fox, Kent deleted the upload. She later posted personalized messages congratulating the movie’s cast — but failed to mention the Jennifer’s Body actress or Machine Gun Kelly, who also did not walk the red carpet at the premiere. The Utah native’s sweetest tribute was for Emmett, 50, with whom she welcomed daughter Ocean in March.

“& to my soulmate. My life partner. My baby daddy. Congratulations. I am so proud of you. You did it, boo 🤍,” the reality star gushed.

Both Kent and the producer seemingly had positive relationships with Fox and her boyfriend, 31, while working on the thriller. In July, the foursome posed for a photo together on set in Puerto Rico after taking a four-month filming hiatus amid the pandemic. The same month, Fox and the “Bloody Valentine” performer gave their first joint interview as a couple on Kent’s podcast, “Give Them Lala … With Randall.”

The Jonah Hex actress and Kelly sparked their fiery romance while working Emmett’s directorial debut, and earlier this month, the Miami native joked that he would happily take credit for the pair’s relationship.

Hollywood Love! Hottest Couples Who Fell in Love on Set

Emmett recalled getting “so caught up in the performance,” which put Fox and Kelly’s “amazing” passion on full display. “Clearly, there was a connection,” he continued. “But I was looking at it from a direction point of view and I was like, ‘Man, I’m a genius.’ Like, ‘They’re great! I’m so good at this!’”

Us confirmed in June 2020 that the Tennessee native had moved on with the Big Time Adolescence actor following her split from Brian Austin Green. The estranged couple were married for nearly 10 years and share three children: Noah, 7, Bodhi, 6, and Journey, 4.