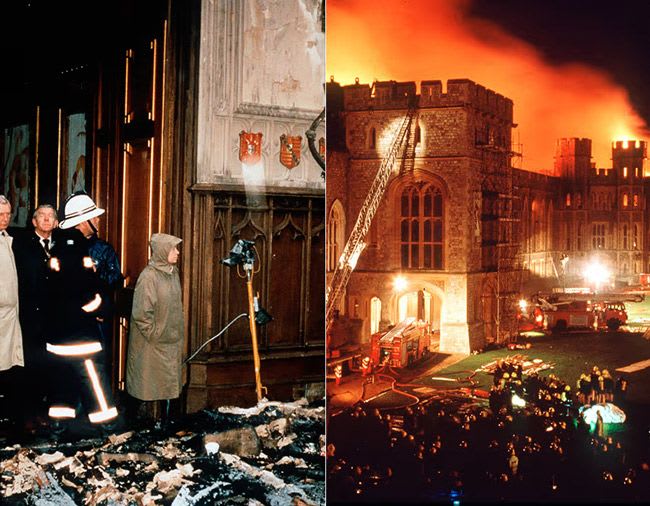 Members of the royal family in Britain and Europe are some of the most privileged people in the world, but even they are not immune to tragedy. The royals have gone through some life-changing moments, including their homes burning down, marriages falling apart and losing a close family member.

The year of 1992 was a particularly devastating year for the Queen, who referred to it as an ‘annus horribilis’ for herself and her family. In a speech at Guildhall to mark the 40th anniversary of her accession, Her Majesty admitted: “1992 is not a year on which I shall look back with undiluted pleasure. In the words of one of my more sympathetic correspondents, it has turned out to be an ‘annus horribilis’. I suspect that I am not alone in thinking it so.”

Not only was the separation of two of her children announced – Prince Andrew and Sarah, Duchess of York in March and Princes Charles and Diana, Princess of Wales in December – but Princess Anne‘s divorce to Captain Mark Phillips was also finalised. Diana’s tell-all book Diana: Her True Story, which revealed her marital problems, was also published in June of that year.

READ: Zara Tindall reveals second miscarriage and why she chose not to share it with public

And on 20 November 1992, on the same day that the Queen and Prince Philip were marking their 45th wedding anniversary, a fire broke out in Windsor Castle, leaving the ceiling of St George’s Hall to collapse and a number of apartments to be burnt. 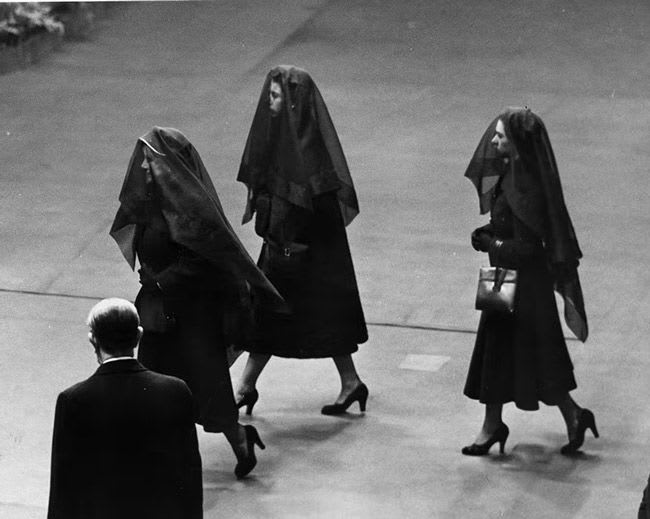 Her Majesty, 98, did not expect to take the throne at such a young age. While her father King George VI’s health declined, she did not have a chance to say goodbye to him as George passed away while she was on tour in Kenya. Prince Philip broke the news to his wife, who was only 25 at the time.

The Queen’s husband Prince Philip passed away peacefully at Windsor Castle on 9 April 2021 due to old age. His funeral took place eight days after his death and was attended by only 30 people, due to Covid-19 restrictions, including his grandson Prince Harry, who flew in from Los Angeles without his wife Meghan Markle, who is heavily pregnant and was advised not to travel by her doctors.

The Queen’s eldest granddaughter Zara Tindall sadly suffered two miscarriages before she gave birth to her second child Lena. In 2016, just weeks after announcing her pregnancy, the palace released a statement on Christmas Eve revealing: “Very sadly, Zara and Mike Tindall have lost their baby. At this difficult time, we ask that everyone respects their privacy.”

Zara later told the Sunday Times: “For me, the worst bit was that we had to tell everyone, everyone knew. I had to go through having the baby because it was so far along.” The Olympic equestrian then admitted that she had a second miscarriage “really early on” but hadn’t made the news public. 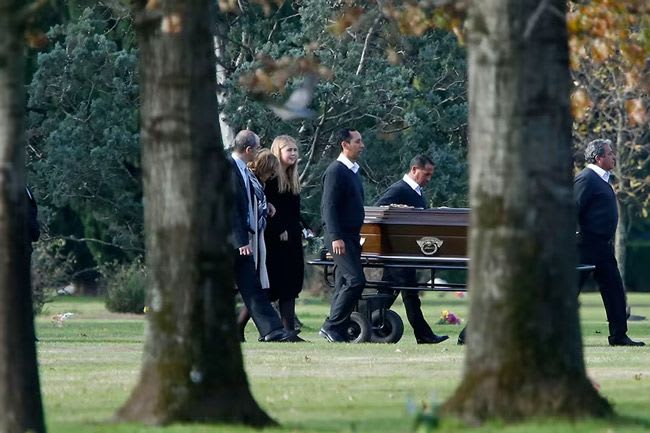 Queen Maxima of the Netherlands

In 2018, Queen Maxima sadly mourned the loss of her younger Inés Zorreguieta, who took her own life at her home in Buenos Aires. Inés, who worked for the government, suffered from depression and mental health issues. Maxima and the Dutch royal family flew to Argentina for the funeral, and the queen subsequently cancelled her engagements while she was mourning.

Two weeks later during a visit to the UMC Groningen Proton Therapy Center, Maxima spoke about her sister as she said: “I’m so pleased to be back at work at this centre, which helps so many people suffering from cancer. People who are ill, but who haven’t lost hope to recover. My sweet and talented younger sister Ines was also ill. She was unable to find happiness and sadly couldn’t get better. Our only consolation is to think that she has finally found peace.”

Prince Johan Friso of the Netherlands

The Dutch royal family suffered a great loss in 2013 when Prince Johan Friso, the younger brother of King Willem-Alexander, passed away aged 44. Johan had been in a coma for a year and a half following a skiing accident that left him with severe brain damage. He had been skiing off-piste in Lech, Austria. The Prince was survived by his wife Princess Mabel and their two daughters Luana and Zaria. 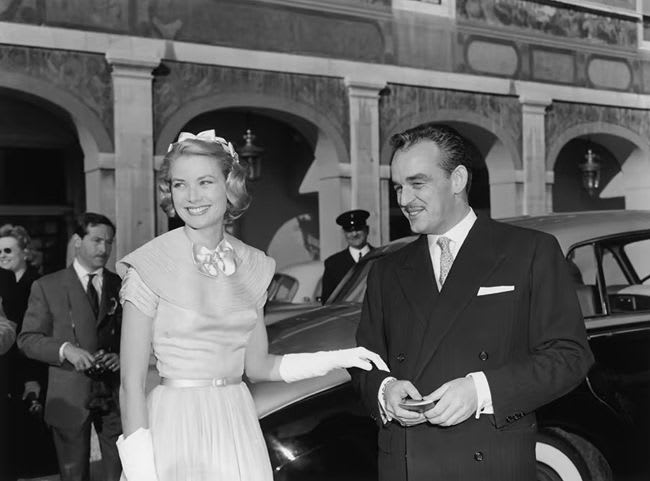 The Monaco royal family had suffered a great tragedy just eight years earlier, when Prince Rainier III’s wife Grace Kelly died in a car accident. The Hollywood-star-turned-Princess was driving back to Monaco from her country home when she had a stroke at the wheel of her car. Grace, who was 52 at the time, drove off a cliff while her daughter Princess Stephanie attempted but failed to regain control of the car. Grace was taken to the Monaco Hospital with injuries to the brain and thorax and a fractured femur, but she died the following night after her husband decided to take her off life support. 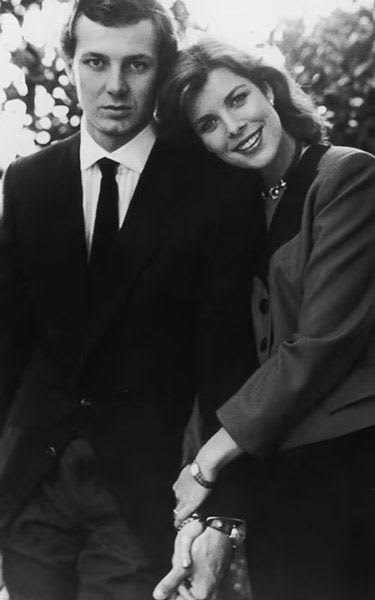 Princess Caroline of Monaco sadly lost her husband Stefano Casiraghi in 1990, when Stefano was involved in a powerboat racing accident. The father-of-three had just celebrated his 30th birthday and was planning to retire after the race. Stefano had escaped death just weeks earlier when his boat blew up off the coast of Guernsey. Following the tragic death, Caroline and her three young children Andrea, Charlotte and Pierre relocated to a village in Saint-Rémy-de-Provence in France to escape the press.

All royal fans will remember where they were when they heard Princess Diana had passed away. Prince William and Prince Harry’s beloved mum, who was nicknamed the People’s Princess, tragically died in a car accident in Paris. She was 36 at the time. Her memory continues to live on, although William and Harry have been reluctant to talk deeply about their late mother in the public eye.

On Diana’s 20th death anniversary though, the royal brothers opened up about their mum in BBC and ITV documentaries. In Diana, 7 Days, William recalled: “What was very peculiar but obviously very touching was everybody crying. The wailing and crying and people wanting to touch us… I was 15 and Harry was 12. It was like nothing you can really describe, it was very unusual. There were shouting and literally wailing at us, throwing flowers, yelling, sobbing, breaking down, people fainted, collapsed.”

He added: “I couldn’t understand why everyone wanted to cry as loud as they did, and show such emotion as they did when they didn’t really know our mother. I did feel a bit protective at times about her. I was like, ‘You didn’t even know her. Why and how are you so upset?’ Now, looking back, over the last few years I’ve learned to understand what it was she gave the world and a lot of people.” 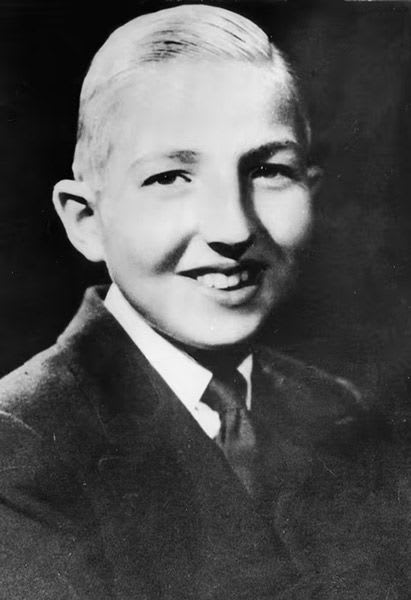 When he was 18 years old, King Juan Carlos lost his younger brother Alfonso in a gun accident. An official statement revealed: “Whilst His Highness Prince Alfonso was cleaning a revolver last evening with his brother, a shot was fired hitting his forehead and killing him in a few minutes. The accident took place at 20.30 hours, after the Infante’s return from the Maundy Thursday religious service, during which he had received holy communion.” In light of the ambiguous statement, some reports claimed Juan Carlos had been holding the gun at the moment the shot was accidentally fired.