And paying her Loose Women and close friend a visit, Nadia Sawalha shared an adorable photo alongside Stacey and Rex on her Instagram.

In the snap, the co-stars can be seen beaming for the camera while Nadia holds baby Rex in her arms.

Alongside the image, the 54 year was very complimentary about Stacey’s elder two sons, while also revealing how ‘beautiful’ the new mum looked.

Writing to her 151k followers, she exclaimed: “Had the loveliest afternoon with this one and her bonnie brood ! Leighton and Zak are the loveliest boys ever ! Rex made me all 'groody' again!

"And @realjoeswashy made me want @mark_adderley to love hoovering half as much as he does !!

“How b****y gorg is this photo though?!! @staceysolomon is knackered like all new mums are but sooooo beautiful in her knackerdness!

“Rex looks shocked to be sandwiched between two such buxom mamas but sorry Rex the mamas were loving it !! #beautifulbabies #keepingitreal #newborn #breastfeeding #newmum”

On Friday, Stacey and Joe confirmed on social media why they had waited so long to reveal the name of their little one. 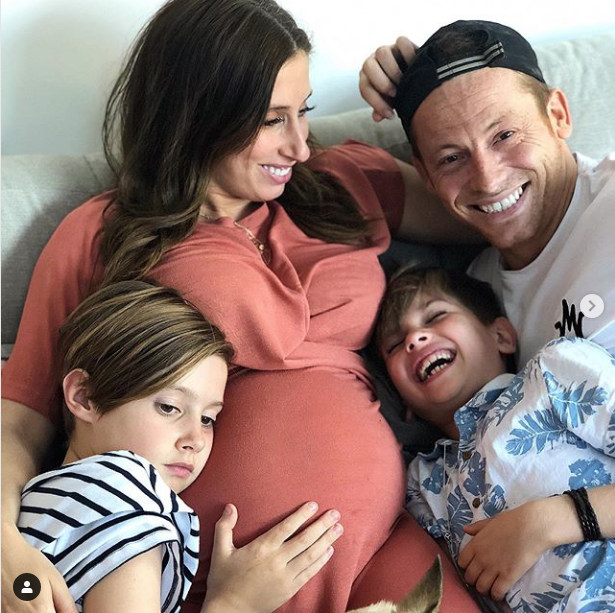 “Rex because our boys think he sounds like a T-Rex. Francis is Joe’s Nanna’s name and Toby is my Nanna’s name.

“Its taken us this long to announce the name because for some strange, probably hormone and post birth related, reason I didn’t want to do it until his official due date.”