Products featured are independently selected by our editorial team and we may earn a commission from purchases made from our links; the retailer may also receive certain auditable data for accounting purposes.

It’s been more than 54 years since Jimi Hendrix memorably set his guitar on fire at the Monterey Pop Festival, and now, merch and collectibles brand, Kollectico is marking the occasion with the release of a new Jimi Hendrix bobblehead.

The limited-edition Jimi Hendrix Live at Monterey bobblehead captures the moment the singer’s Fender Stratocaster went up in flames, after he had doused it in lighter fluid just seconds earlier. The 5.5-inch figurine captures realistic details too, with the bobblehead sporting a ruffled yellow shirt, black vest and bright red pants, exactly as Hendrix sported that day. The singer’s signature red headband completes the look. 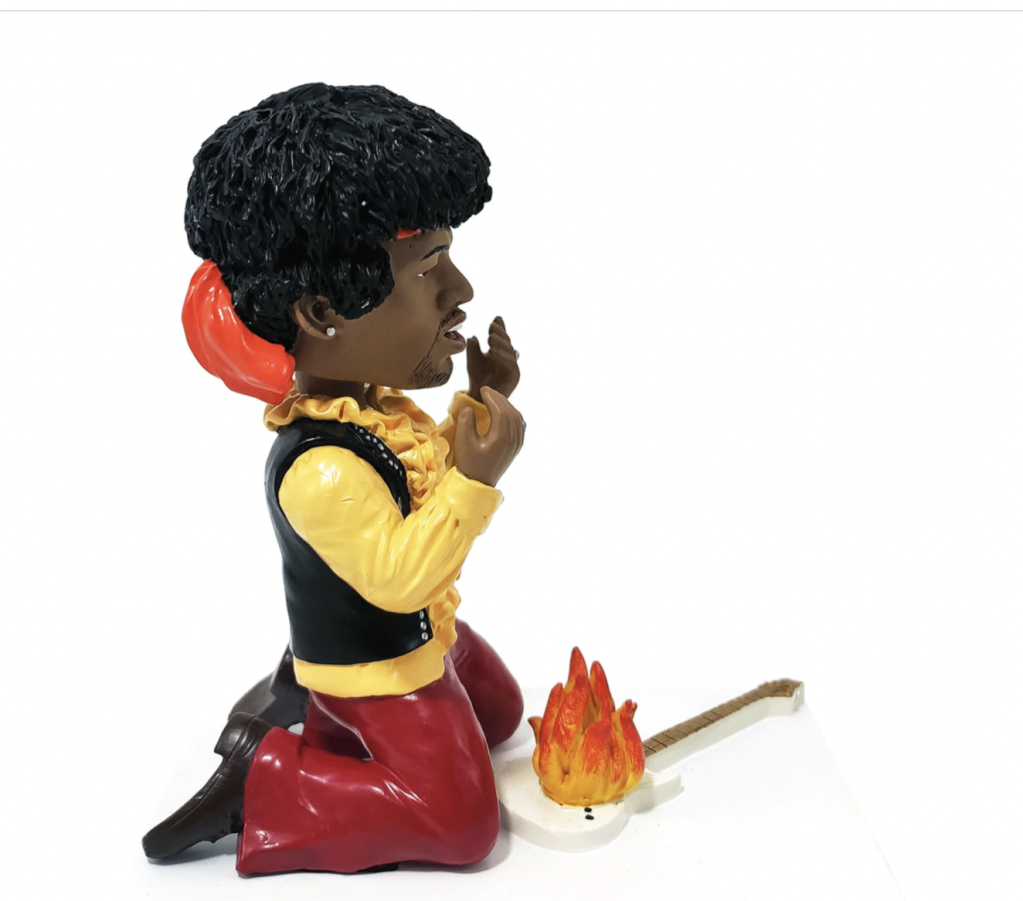 The 1967 Monterey Music Festival was actually the second time Hendrix had pulled off the guitar-burning stunt. The singer had done it months earlier at the Astoria Theatre in London, during his European Tour run with The Jimi Hendrix Experience. As he finished off his performance of “Fire,” Hendrix doused his 1965 Fender Stratocaster in lighter fluid and set it on fire. The burned guitar would later sell for more than $380,000 at an auction.

The Monterey Festival performance though, remains one the most iconic moments in Hendrix’s career — and in rock history; the photograph of Hendrix and his burning guitar even ended up on the cover of Rolling Stone (copies of that issue are still available on eBay). And countless artists have offered their interpretation of that event, as seen in the numerous “Hendrix Guitar on Fire” prints and paintings available online.

The new Jimi Hendrix Live at Monterey bobblehead is available for purchase now on Etsy. The figurine is entirely hand-sculpted and hand-painted, and each one is individually numbered. Everything is packaged in a collectible box.

This is an officially-licensed partnership between Kolletico and Experience Hendrix LLC., the artist’s official licensing arm. Only 1,967 pieces were released worldwide — in tribute to the year the Monterey Festival took place. 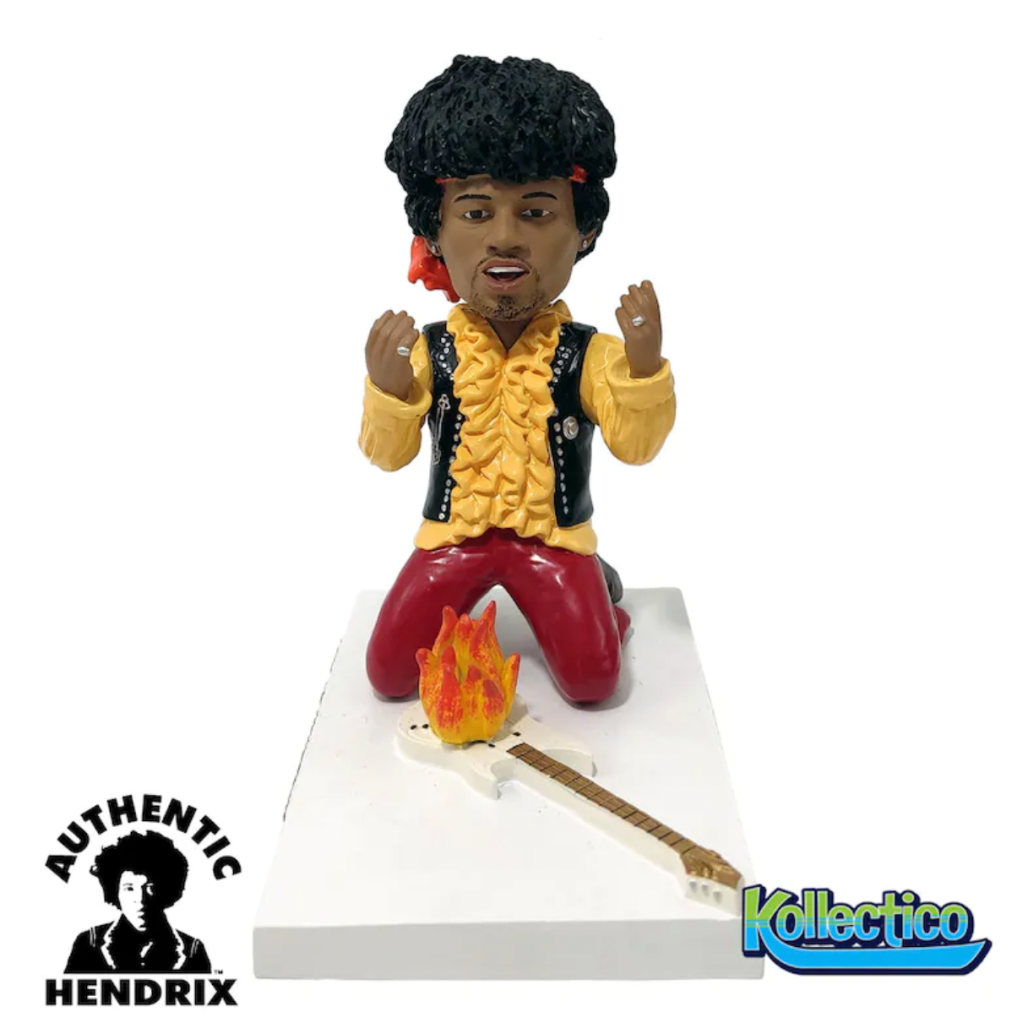 “We want those who are devoted to Jimi to have something delightful to add life to the spaces where they live and work,” says Janie Hendrix, the singer’s sister and President and CEO of Experience Hendrix. “Kollectico has created a beautifully artistic and endearing line that we can all enjoy. Jimi was fun-loving. This is a lighthearted way to appreciate him”

“We couldn’t be more excited about this partnership,” adds Andrew S. Hazen, Founder and CEO of Kollectico. “Jimi Hendrix has always been a huge source of inspiration for me these past 48 years. With such extraordinary imagery in his portfolio, this is an opportunity for us to use our creativity to honor Jimi Hendrix with exceptional limited-edition collectibles for Hendrix fans around the globe.”

The Jimi Hendrix guitar burning bobblehead retails for $49.99 and is available to shop now on Etsy.com.