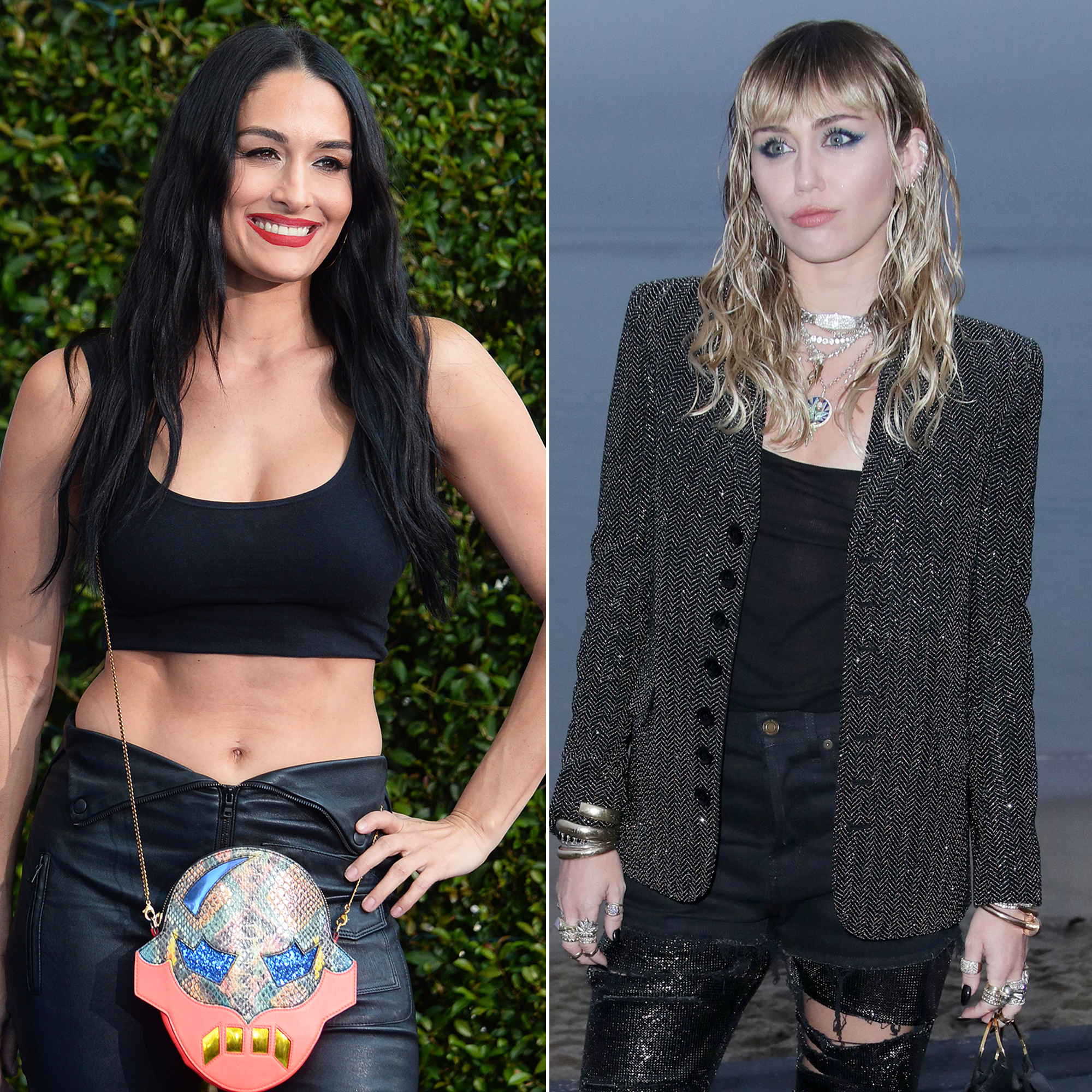 Hold the critique! Nikki Bella has happily moved on with Artem Chigvintsev after splitting from ex-fiancé John Cena, and she doesn’t want to hear anyone’s opinion about her dating life.

“I want to be able to post my boyfriend and not have my ex always brought up, you know? I just want to live my life with him and live it just like everyone else,” the professional wrestler, 35, told Us Weekly at the Girl Up #GirlHero Awards in Beverly Hills on Sunday, October 13.

Bella acknowledged that because she’s been in “two public relationships,” she’s susceptible to all kinds of scrutiny. Just recently, the E! star appeared on “The Lady Gang” podcast and spoke candidly about her sex lifewith Chigvintsev, 37.

“[Dancers] have, like, this feminine energy and then when it gets to the bedroom, that’s when the man comes out. And you’re like, ‘Whoa,’” she said at the time. “And how he works my body, he dances on it.”

Bella even admitted she “didn’t know what to expect,” having “always been with such manly men.” The verdict? Dancers are the “best [she’s] ever had.”

Though Bella and Cena split in 2018, almost a year before she began dating her former Dancing With the Stars partner, the Total Divas personality can’t help but relate to Miley Cyrus, whose romantic life has been busy over the past few months.

The “Mother’s Daughter” singer, 26, recently stood up for her right to date new people amid her divorce from estranged husband Liam Hemsworth after less than eight months of marriage.

“I know the public feels invested in my past relationship because they felt like they saw it thru from the beginning,” the singer wrote in a Twitter post earlier this month. “I think that’s why people have always felt so entitled over my life and how I live it because they’ve watched me grow up…. but I am grown now and make choices as an adult knowing the truth/details/reality. People only ‘know’ what they see on the internet.”

The lengthy message concluded: “Get used to me dating – this is where I am at ! #HotGirlFall.”

Amid her own wave of backlash, Bella says she’s realized how powerful it was for Cyrus to stand up for herself. “I loved what Miley Cyrus recently posted because I was like, ‘Amen, sister. I’m not even nearly as popular as you but I just want to live my life too. I want to be able to post my boyfriend and not have my ex always brought up, you know?’”