Nina Dobrev ditched her cozy puffer coat and snow pants for a sexy red bikini as she dove into several inches of fresh snow!

Nina Dobrev bravely rocked a bikini to make some snow angels! The 32-year-old actress, who celebrates her birthday on Jan. 9, sizzled in a two piece swimsuit in her latest Instagram post. The short transition video began with Nina wearing a nude colored puffer coat, matching snow pants and a turtleneck as she fell backwards. Mid-fall, the video swapped out to show the brunette wearing a red bikini top and matching bottoms as she landed in the snow (then back up due to the boomerang effect).

“my version of a meltdown,” the Toronto native wrote in her caption alongside a bikini emoji, shared with her 24.8 million followers on Jan. 7. The short clip racked up over three million views in just six short hours, with many commenters wondering if she was freezing cold as her bare skin hit the snow! “OMG UR FREEZING IN THE SECOND,” one fan wrote. “UR PROBABLY FREEZING NOW I CANT,” another added. “I’m sure this was cold haha,” a third pondered.

While Nina didn’t share her exact location, she appears to be enjoying the winter getaway with boyfriend Shaun White, 35. The couple, who began their romance during the initial COVID-19 quarantine in 2020, snuggled up for a sweet selfie in a photo dump shared by the Canadian actress on Jan. 4. The Vampire Diaries alum stunned with a red lipstick as she bundled up in a white winter jacket and knit, patterned toque, while the pro snowboarder opted for a chunky black turtleneck and coat.

“snow daze,” she wrote alongside the images, that also showed her having a blast in the matching beanie and sweater set! Her adorable rescue dog Maverick was also along for the ride, proudly posing with his mama in the snow. The Border Collie-Australian Shepherd mix, who Nina adopted from The Pet Care Foundation in Los Angeles in 2017, also stayed bundled up in a very own black parka of his own. 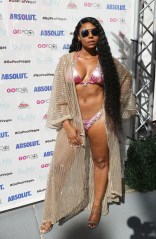 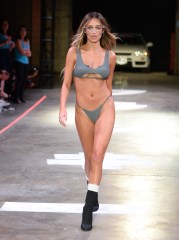 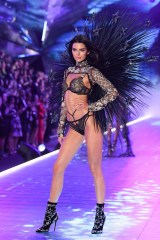