Janette Manrara, 38, and her husband’s Aljaz Skorjanec’, 32, dance routine on yesterday’s Morning Live did not quite go to plan when the professional dancer accidentally kicked a dog during the couple’s spin. Dan Walker, 45, has taken to Twitter to joke about the good points of “live TV” as well as try to pinpoint “who is to blame” for the incident.

“Tough to beat this as a programme end. No time to explain.

“Who is to blame, the dog or the dancer @janettemanrara.”

Many social media users shared their views on the dog incident. 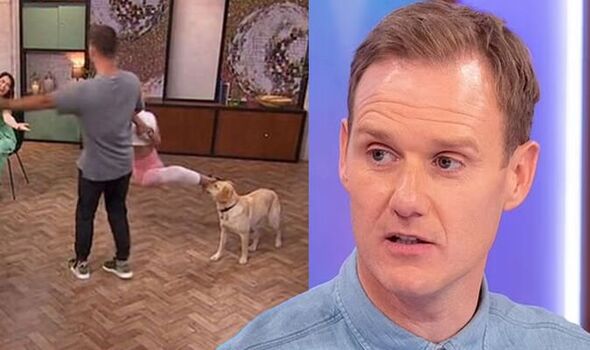 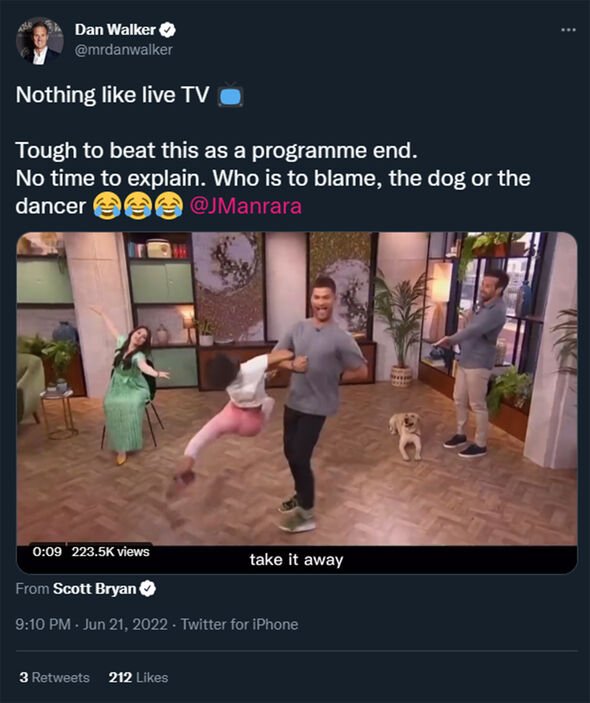 63Des said: “Great moves. I’m sure an organisation like the BBC had looked at that in their risk assessments.”

The dog incident happened right at the end of yesterday’s Morning Live episode as host Gethin Jones’ dog, Dolly, spent most of the episode laying down asleep in the studio. 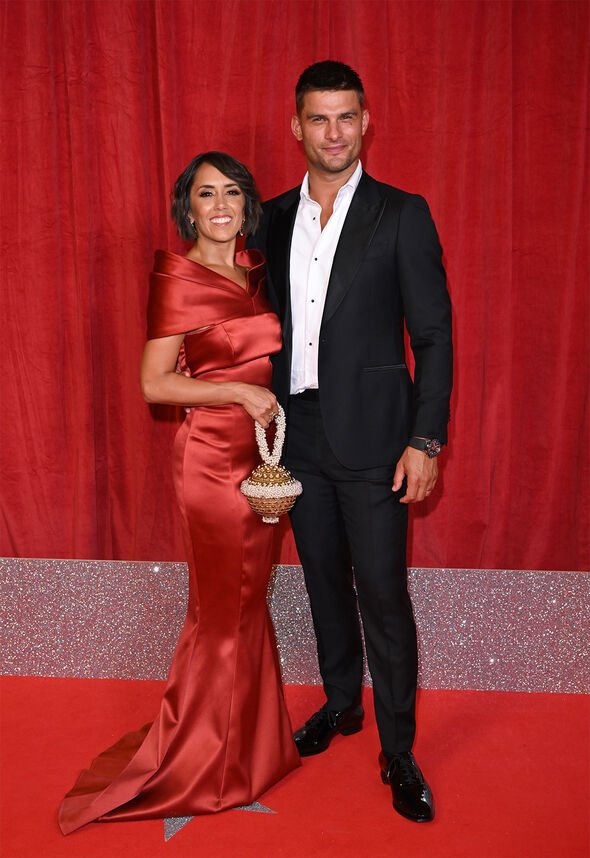 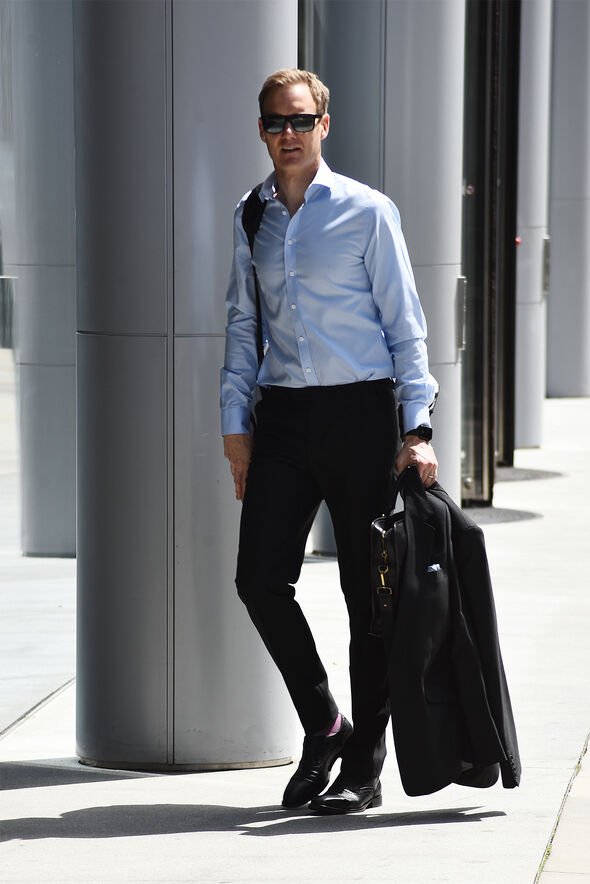 However, she woke up at the end of the show for the workout with the rest of the Morning Live team, but her curiosity during the professional dancer’s routine did not end well.

As Dolly edged closer, Janette accidentally kicked her, with Gethin being heard shouting out Dolly’s name as his dog’s face collided with the dancer’s foot.

Janette has since taken to Twitter to break her silence on the event.

She was responding to Dr James Greenwood’s post sharing a picture of Dolly.

He captioned the post: “Just home from @BBCMorningLive – THANK YOU everyone for all your messages and concerns after Dollies eagerness to join in with #strictlyfitness this morning!

“& to reassure everyone that she is 100% fine, all is OK and she’s currently back to charging around the garden!”(sic)

Janette replied in view of her 195,200 followers: “We had cuddles and kisses straight after!

“I’m so happy she is okay. Sending more cuddles her way.”

Meanwhile, Dan has been settling into working for Channel 5 after he left BBC Breakfast last month.

In an interview on Loose Women, the presenter admitted that his body clock has not adjusted to lie-ins, after years of his early alarms.

He told the Loose Women panel Monday: “I’m still waking up and getting up quite early but my old life used to be a 3 o’clock alarm call, so I’m still getting up at 5 o’clock in the morning.

“I think I’m annoying my wife and family at the minute because I find I’ve got so much more energy. I was cleaning the garage out at 6 o’clock in the morning!”