John Matze left the company shortly after the riots at the U.S. Capitol 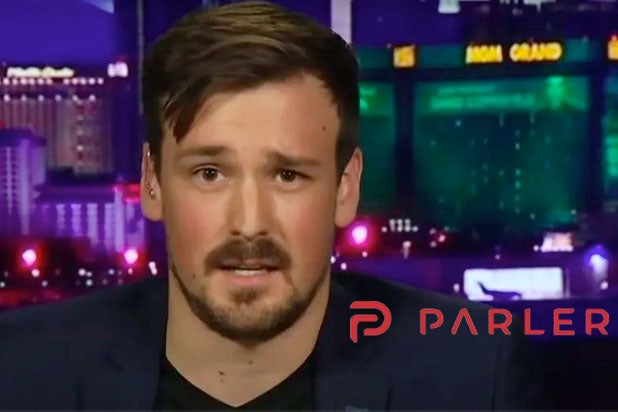 Parler co-founder and former CEO John Matze has sued the company and says that his 40% stake was stolen from him in what he calls an “outlandish and arrogant theft.”

Matze announced on January 29 that he had been fired from the board of Parler by Rebekah Mercer, the daughter of billionaire hedge fund investor Robert Mercer, who co-founded and funded Parler.

In his lawsuit, Matze described his dismissal by saying he “was abruptly ousted in violation of the law and public policy for endeavoring to preserve Parler’s commitment to free expression while combating any misuse by violent extremists and domestic terrorists in the wake of the January 6, 2021, attack at the U.S. Capitol. Rather than protect Parler, its other owner, Rebekah Mercer, sought to co-opt it as a symbol or as the ‘tip of the spear’ for her brand of conservatism, and plotted to force Matze out as CEO, manager, and member, and steal his forty percent (40%) ownership interest.”

In the days after the riots at the U.S. Capitol, and following the company’s de-platforming by Amazon and Apple, Matze said in the lawsuit “that Parler bar any identifiable extremist groups like QAnon and neo Nazis from Parler’s platform, i.e., inciting violence and acts of domestic terrorism. Matze’s proposal was met with dead silence, which he took to be a rejection of his proposal.”

“It became apparent to Matze that Meckler’s efforts were not to grow Parler as a free expression platform, but instead to redirect it into what Meckler called as the ‘tip of the conservative spear’ for a brand of conservatism in keeping with Mercer’s preferences,” Matze continued. “Simply put, Parler was now being hijacked to advance the personal political interests and personal advantages of Defendants rather than serve as the free expression platform as originally conceived.”

When Matze was eventually fired, he said the defendants “financially benefitted in their personal capacities, including dividing up the spoils of their theft of Matze’s 40% ownership.”

Matze is seeking damages in “the millions.”

Parler has sued Amazon twice after it was taken down, saying the company was looking to “destroy an up-and-coming technology company through deceptive, defamatory, anticompetitive, and bad faith conduct” when it terminated its hosting contract.

The app is now back online after struggling to stay afloat following Amazon terminating its web hosting.

Pamela Chelin contributed to this report.