Piers Morgan, 54, took to Twitter to speak out after realising Sean Fletcher, 45, had joked about being “bored” by his segments on Good Morning Britain. The presenter retweeted the moment, which was shared by Catchphrase’s official Twitter page alongside the caption: “Does @piersmorgan bore @SeanFletcherTV to sleep?

In the clip, host Stephen Mulhern asked Sean: “Have you ever nodded off during the show?”

He then cheekily replied: “When Piers Morgan is speaking sometimes.”

“Yes, I know where you’re coming from,” Stephen quipped in response. 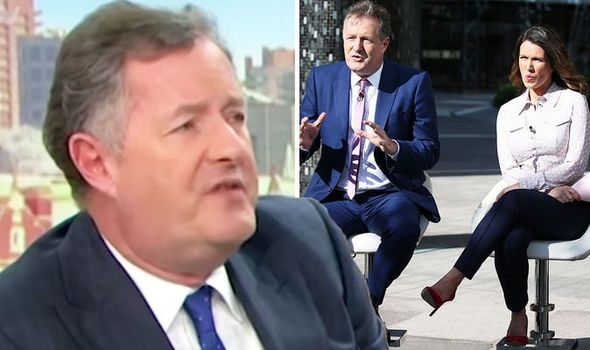 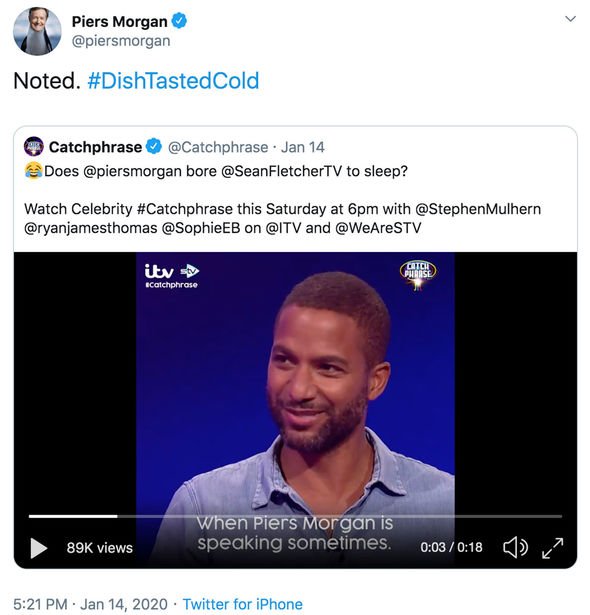 Detailing why he thinks Piers can be tiresome, the journalist explained by demonstrating with his hands: “He has a segment that long and then it goes on that long.

“And then you find yourself [nodding off] and you wake up and he’s still going.”

Stephen agreed, adding: “He does talk a lot doesn’t he?” 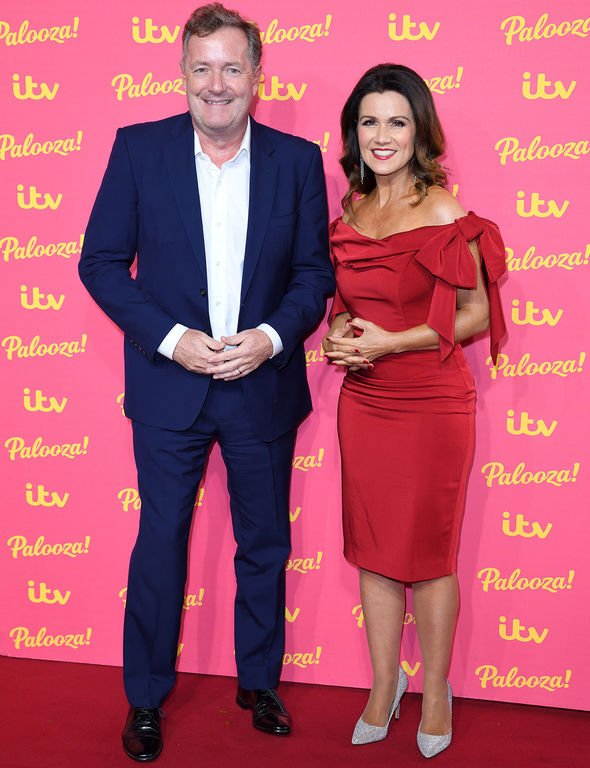 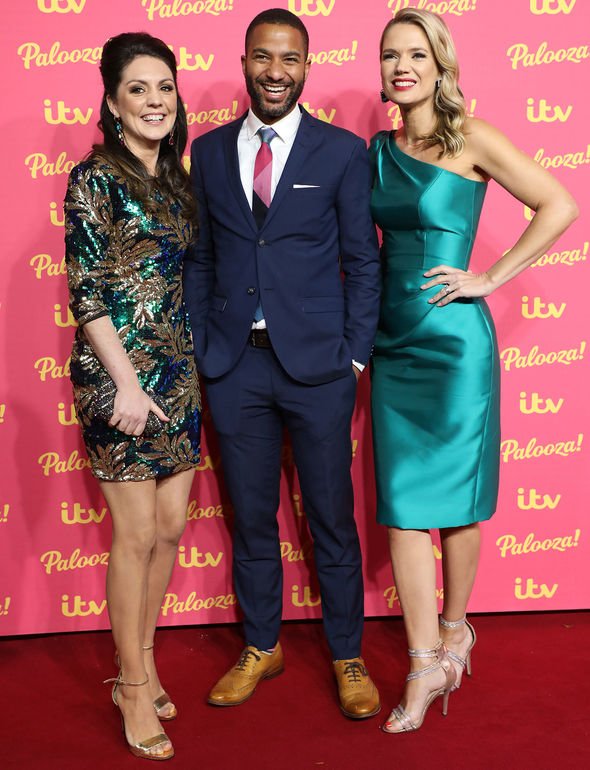 Piers seemed less than impressed by his co-star’s comments and hinted he will be getting his revenge by hashtagging “DishTastedCold” in his response.

Another queried Piers’ hashtag and corrected him on the term, replying: “#dishservedcold mate. You are having a bad week.”

Elsewhere, Piers slammed a viewer who accused him of “sexism” after his fellow GMB colleague Laura Tobin stepped out in a bold outfit.

The star branded her red faux leather trousers “hot pants” as he discussed them with her and co-host Susanna Reid.

His remarks seemed to leave Susanna and Charlotte Hawkins cringing as he accused Laura of “parading” around.

A Twitter user then called his comments “out of order” in a now-deleted tweet, which read: “Well out of order for the sexist comment on @Lauratobin1 trousers @piersmorgan.

“A woman should be able to wear what she likes without it being sexualised.”

It was then that Piers replied: “If you wear tight leather trousers to do the weather, you’re probably hoping people will notice… FYI.”