Ross, Demelza, Dwight, and Drake (not that one) were too thick to compete with white supremacist George Warleggan’s supergroup of rich, evil, villains in Poldark, by Jim Shelley

With only three episodes of the final series remaining, things were proving all too easy for the (pantomime) villains.

They were after all a rich, evil, Marvel-style supergroup consisting of a slave-trader, the head of MI6, and a shadowy magistrate who even had a pet that was sinister (a hawk or possibly baby eagle). 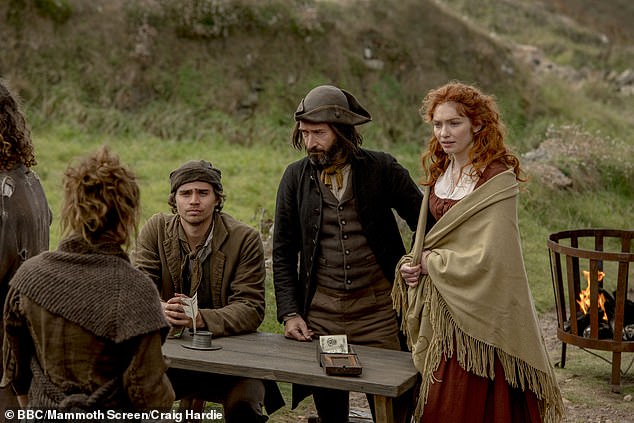 It’s all kicking off: Poldark seems unlikely to end well. With only three episodes of the final series remaining, things were proving all too easy for the (pantomime) villains

Ralph Hansen, William Wickham, and Joseph Merceron had now been joined by banker, MP, and white supremacist (George Warleggan) who had helpfully been cured of his insanity and returned to public life by…Dr. Enys.

The fact that Doctor Dwight was meant to the bright one said it all. Unfortunately the good guys were, well, thick – laughably poor opposition in both senses.

Demelza for example found the only way she could stop Tess (her former servant) from running rings round her was by threatening the teenage leader of the revolting peasants with the death penalty. Rather extreme and a bit rich (like Demelza).

The younger minor characters meanwhile were frankly too annoying to care less about, or necessarily even be on the same side as. Which of us for instance, would honestly want Geoffrey Charles as a son-in-law?

So understandably, when ‘The GC’ asked Cecily’s father for her hand in marriage, Ralph Hanson’s reaction was just to tut despairingly: ‘get out of my house you idiot!’ Quite. 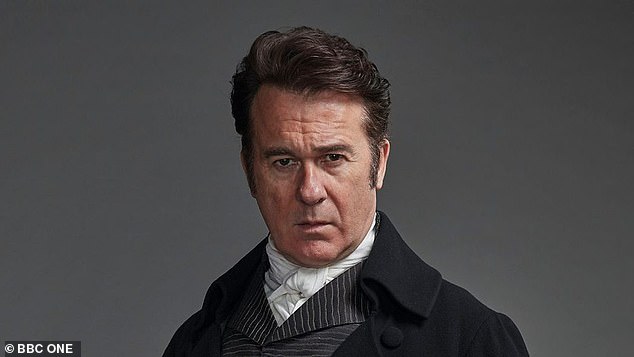 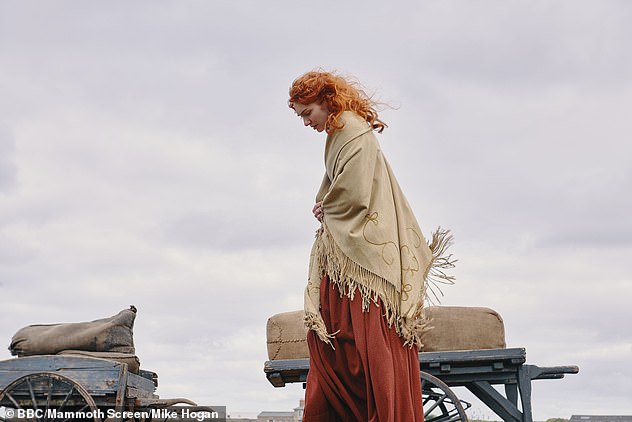 Threat: Demelza for example found the only way she could stop Tess (her former servant) from running rings round her was by threatening the teenage leader of the revolting peasants

Morwenna and Drake (not that one) were even dumber.

They attempted to gain custody of her little boy by appealing to Lady Rebecca Front’s better nature only to find she didn’t have one. (Obviously. That was why she had taken John Conan in the first place.)

‘Is it right for a mother to be parted from her son?’ Drake implored her. To which the answer in Morwenna’s case was: yes, definitely. Who wouldn’t want Rebecca Front as their granny.

Like Hanson before her, she reacted with causal ruthlessness – simply ordering her staff: ‘Lock him in the stables and call the constables’, mocking ‘this man forced his way on to my property, threatened me with violence, and attacked my servants.’

Drake proceeded to do precisely that and then abducted John Conan to complete a hat trick of crass stupidity. 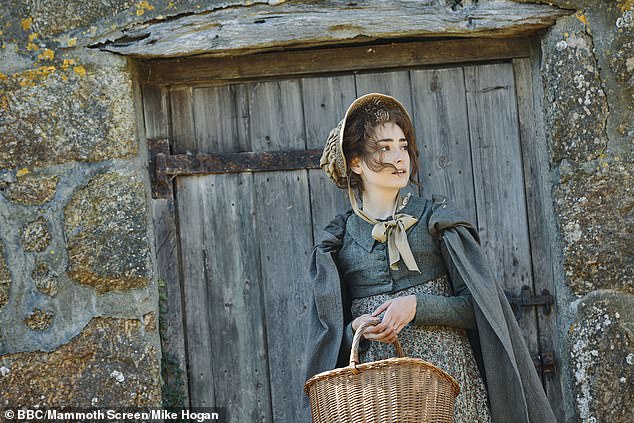 No one cares: The younger minor characters meanwhile were frankly too annoying to care less about, or necessarily even be on the same side as

Worst of all though was the hero.

Captain Ross had become so clueless he only avoided blundering into a trap and being arrested thanks to some quick thinking by… Caroline Enys. A humiliating indictment given that the snooty beauty was Poldark’s version of Olivia Bentley: a pretty vacant blonde interested in parties and fashion whose conversations with usually with the pet pug (Horace) she carried in her handbag.

Her husband clearly considered Kitty Despard more stimulating (in more ways than one).

You wondered if Doctor Dwight regretted his pioneering efforts helping Warleggan when George made his debut speech in Parliament in favour of the slave trade, arguing it was ‘the humane thing to do’, and describing ‘Africanus Niger’ as ‘characterized by bestial manners, stupidity, with no redeeming features.’

Between them the efforts of Doctor Dwight and Ross were so comically useless and fruitless that as Colonel Despard himself pointed out, they were ‘back where it started’ – i.e. with Ned in jail except this time facing a more serious charge: treason.

Even Demelza had seen her husband’s army comrade for what he was but Poldark’s loyalty was spectacularly blind/stupid.

Doctor Dwight told him that George Warleggan had been ‘telling the whole of London that Ned broke into his house and threw him down the stairs.’

‘We both know he did not’ guffawed Ross gormlessly.

‘Do we know that?’ suggested Enys.

You may not but we do, you thought: he did do that.

Ned had in fact kicked down the door of Trenwith, grappled with Warleggan, and pushed him down the stairs. He also spent the whole episode declaring ‘the King is mad!’ and was eventually arrested for assaulting a police officer.

So as heinous as their enemies were, you wondered if Despard was the best man to governor of Honduras (as Poldark so vehemently argued) and perhaps actually should be in prison. 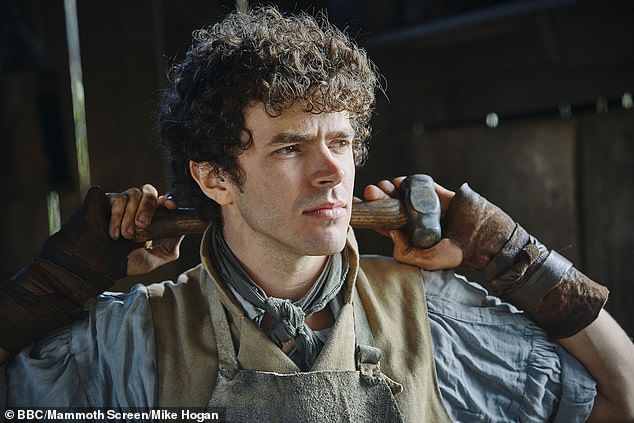 Dumb: Morwenna and Drake were even dumber. They attempted to gain custody of her little boy by appealing to Lady Rebecca Front’s better nature only to find she didn’t have one

It wasn’t surprising Despard ended up there. Besides his own crass behaviour, Poldark persisted in asking for help from the very people conspiring against them.

‘You may over-estimate my influence,’ Joseph Merceron observed – something of an understatement when the magistrate wanted to destroy Despard not reinstate him.

Poldark’s visit to William Wickham was even more humiliating.

‘The Prime Minister and I are of one mind’, he boasted, only to learn that Pitt was no longer actually in office, having resigned in protest at the King’s refusal to endorse Catholic Emancipation.

Well Poldark was only an MP.

The truth was their enemies didn’t really need to plant evidence on Despard.

‘He’s setting himself up,’ Hanson scoffed as Ned carried on drunkenly committing treason, even punching Poldark when he tried to stop him.

‘I agree sometimes his passion gets the better of him,’ Ross conceded to Doctor Dwight mildly, before leaving the Colonel to his own devices – to be framed and then arrested. 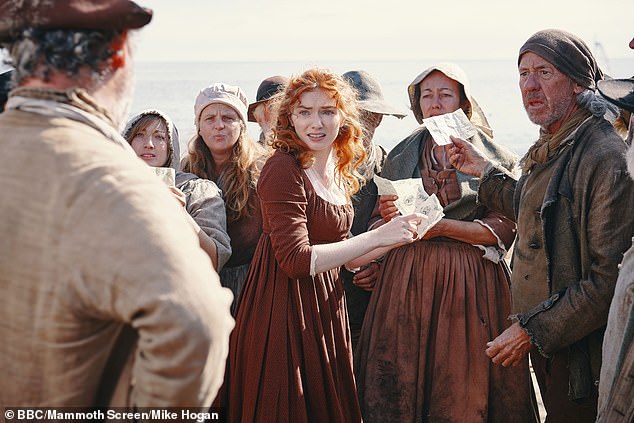 Transparent: Even Demelza had seen her husband’s army comrade for what he was but Poldark’s loyalty was spectacularly blind/stupid

Poldark would have suffered the same fate if Mr & Mrs Enys hadn’t discovered Wickham’s men searching his lodgings and hastily removed the (planted) evidence of his treachery: ‘an oath of allegiance for the Liberation of Irish Catholics.’

Caroline Enys insisted the officers sign a statement confirming they had found nothing incriminating.

‘Yes I was,’ she sighed with typically icy style.

Perhaps she should be the heroine of the spin-off series.