After walking some of New York Fashion Week’s biggest runways, model Precious Lee brought her A game to the 2021 Met Gala.

Lee arrived on the Met steps for her first gala appearance in a glittering, sharp-shouldered suit dress by Area. Silver and black beads were woven in braids that extended through her blazer dress and stretched to the floor in an exaggerated fringe hem. 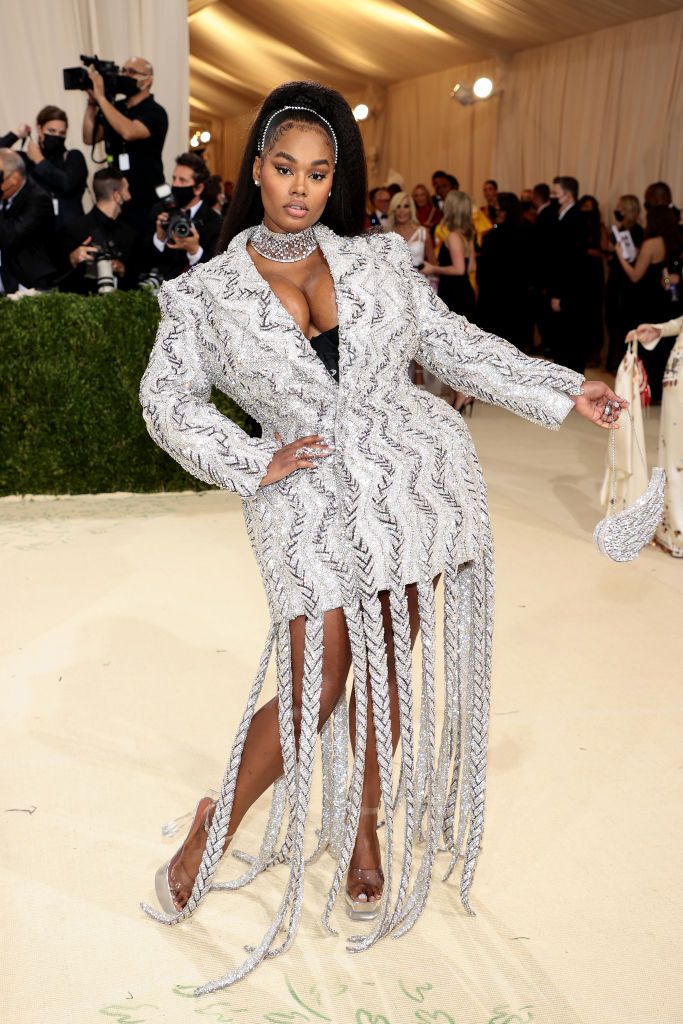 Lee completed her look with dazzling accessories: a thin beaded headband, a coordinating handbag, an oversized choker, and, fit for a crowded red carpet, an embellished personal fan in the same braided beading.

For the 2021 Met Gala, guests were asked to dress for the theme of In America: A Lexicon of Fashion. Lee told Vogue red-carpet livestream cohost Ilana Glazer that her look meant to channel the zoot suit, voluminous menswear suiting that originated in Harlem in the mid-1930s. 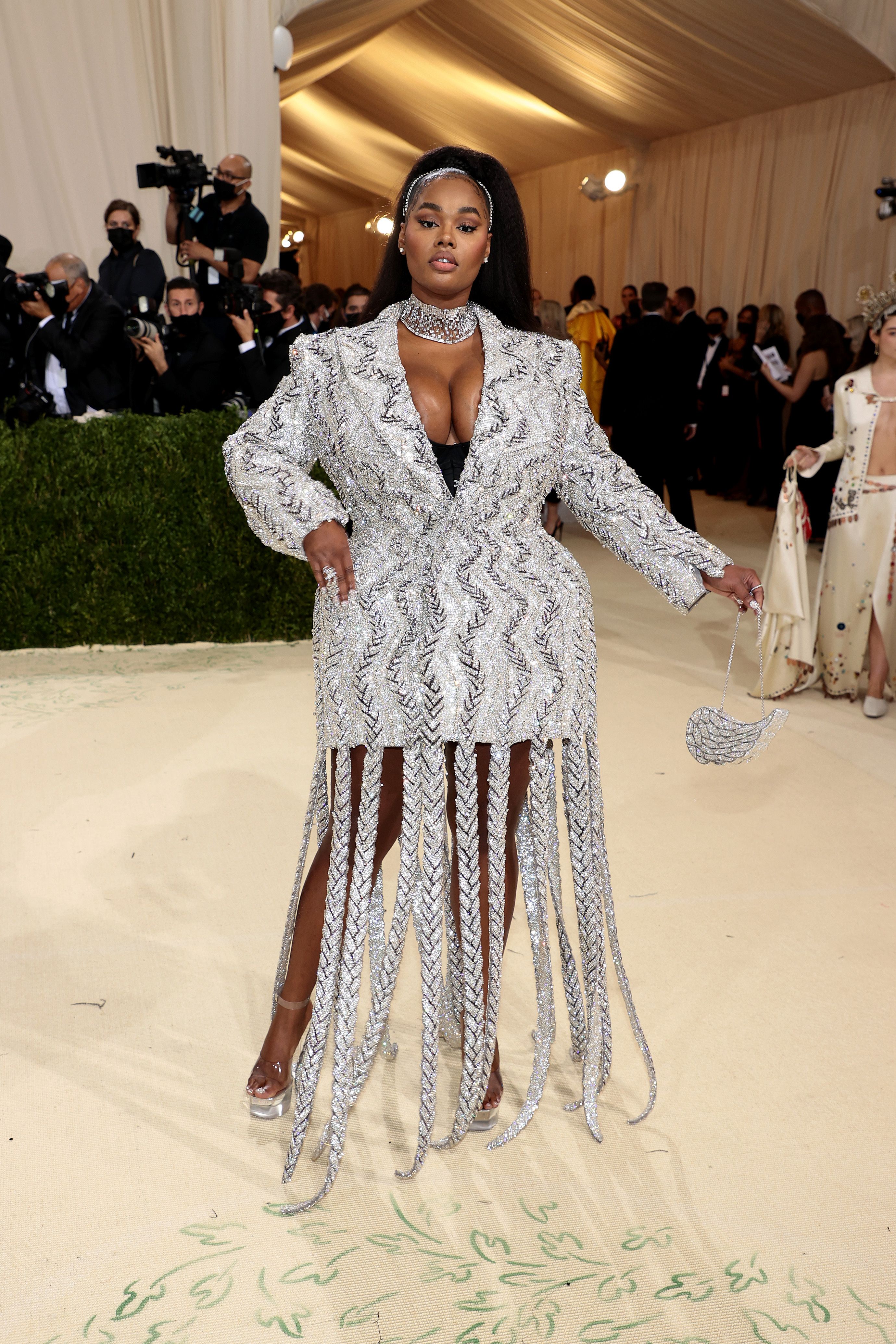 The Met Gala caps off a busy week for Precious Lee. Her New York Fashion Week schedule included appearances on several notable catwalks, including Michael Kors and Brandon Maxwell. She was also awarded the distinction of Breakthrough Model at The Daily Front Row‘s 2021 fashion media awards.

As one of too few curve models on major runways, Lee has been vocal about making the fashion industry more inclusive. For the May cover story of Harper’s BAZAAR, the model opened up about carving out space for herself in fashion. “I know people are not used to seeing confident, educated, happy, chunky African American girls, and I don’t care,” she said. “They’re just going to have to get used to it.”

We’re here for more Precious Lee moments—at the Met Gala and everywhere else.