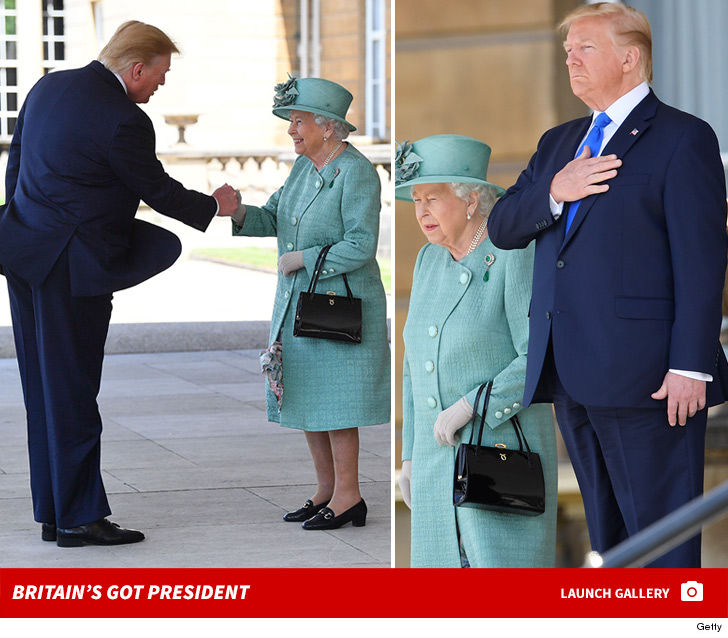 Donald Trump and Melania are finally greeting Queen Elizabeth in the UK … and the pomp and circumstance is quite the show.

The Prez and First Lady arrived at Buckingham Palace Monday for lunch with the Queen and several other royals, including Prince Charles and Camilla. Trump will reportedly also mingle with Prince William, Kate Middleton and Prince Harry … but NOT Meghan Markle, who’s on maternity leave taking care of baby Archie.

Of course, it’s quite possible Markle is simply avoiding the U.S. president, who she slammed and called “misogynistic” in 2016 when he was a candidate. Trump responded to news of her comments this weekend by saying … “I didn’t know that she was nasty.” 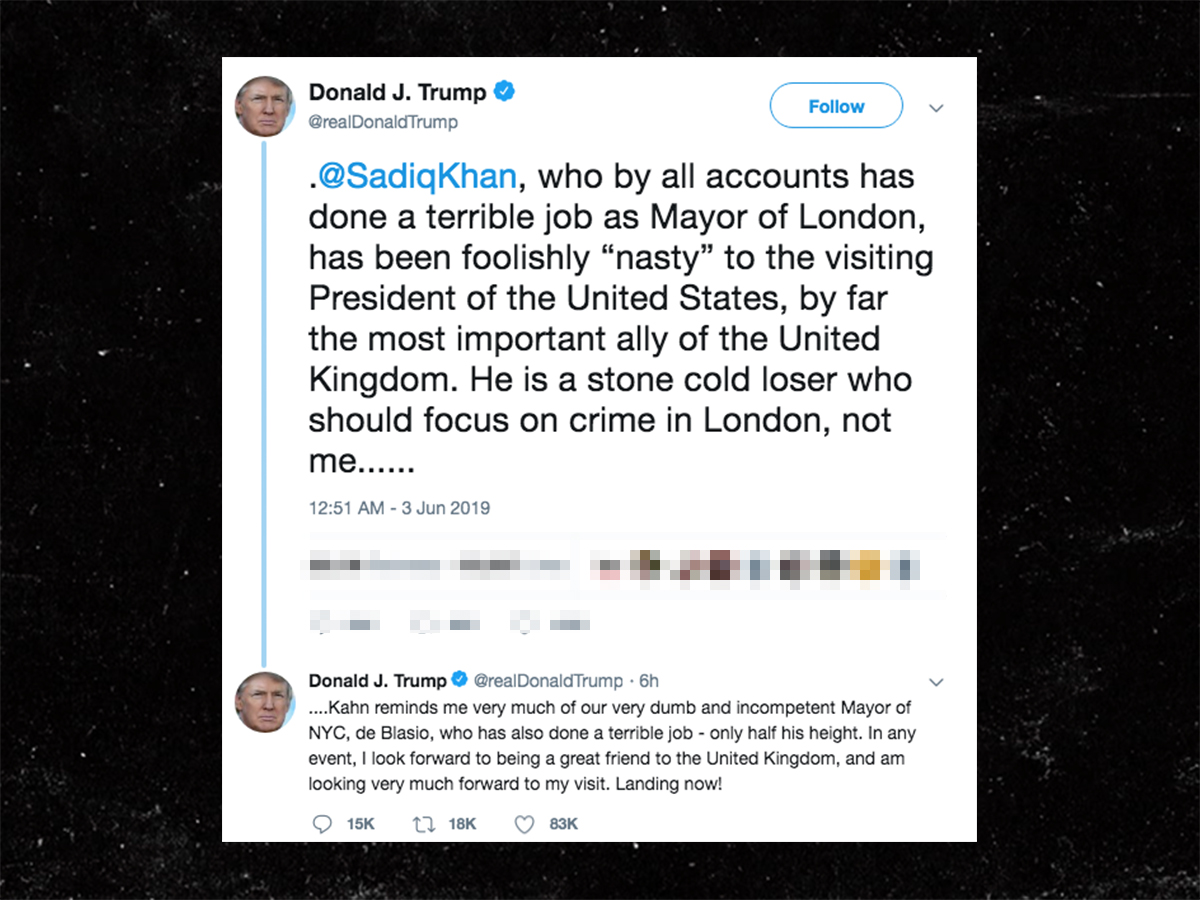 POTUS also kicked off his trip to London by insulting the mayor, Sadiq Khan, on Twitter upon landing … calling him a “stone cold loser” and saying he’s “foolishly ‘nasty’ to the visiting President of the United States.”

Remember, Trump was supposed to make this visit in February 2018, but canceled amid widespread protests in the UK.

It’s all water under the London Bridge apparently, because QE2 rolled out the red carpet and the usual ceremonies … including firing off cannons and a performance of “The Star-Spangled Banner.”

Her Majesty will host a fancy dinner Monday night for the Trumps, which is expected to be accompanied by mass protests outside. Many protesters have already arrived.

The President’s 3-day visit coincides with the 75th anniversary of D-Day, and he’s also expected to meet with outgoing Prime Minister Theresa May.