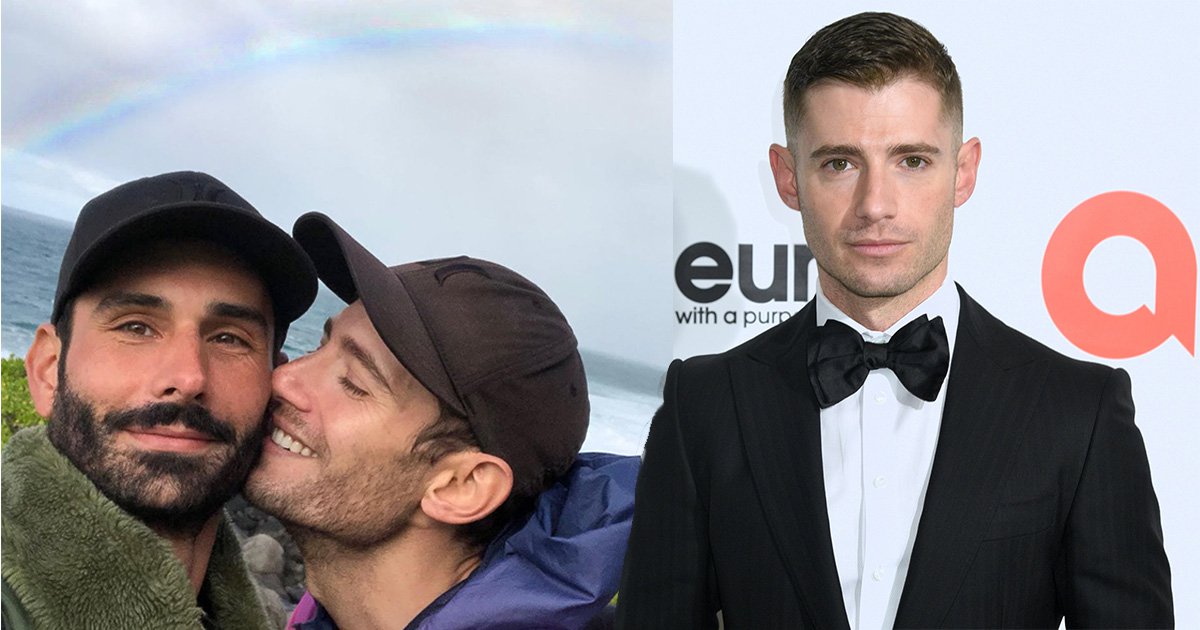 The actor, who most recently appeared on the Apple TV+ drama The Morning Show, and is also known for his roles in Once Upon a Time, New Girl, and 24, publicly acknowledged his relationship with his longtime partner, saying the past 18 years had been the best, ‘because they were with you.’

‘18 years together, and they were the best ones because they were with you,’ Julian captioned a carousel of loved-up snaps and videos of him and his partner, LA artist Landon, adding, ‘I love you,’ alongside a heart emoji.

In his own celebratory post, Julian’s boyfriend shared more adorable photos and videos, including a photo of the pair in the earlier stages of their relationship.

Friends and co-stars of the actor have been sharing messages congratulating the couple on social media.

Julian’s Pretty Little Liars co-star Keegan Allen voiced her support for the couple, writing, ‘The post made my heart explode, while Game of Thrones and Iron Fist actor Finn Jones commented: ‘Love you both! Congrats!’

‘Obsessed with you both, love love love!!!’ wrote Dead Set actress Jaime Winstone, while Zelda Williams said: ‘To put this accomplishment into perspective if I found love tomorrow, I’d be 50 by the time I celebrated that milestone. Love you guys and your love so damn much!’

The 38-year-old, who has been with Landon since he was 20 years old, also shared a message to his fans via Instagram story, writing, ‘Really moved by all the love and support. Thanks guys.’

Meanwhile, the hit series will be getting a reboot named Pretty Little Liars: Original Sin, which is currently in production for HBO.

Loosely based on Sara Shepard’s novel series of the same name, Pretty Little Liars follows the lives of four high school students, who drift apart due to the disappearance of their leader. One year later, the group find themselves coming back together, as an anonymous figure known only as ‘A’ starts terrorising them.

The reboot is expected to have plenty of dark twists and turns, and will see the girls 20 years after A disappeared.