Prince Harry and Duchess Meghan stuck to their charitable foundation’s promise of “compassion into action” when they made a low-key visit to meet Afghan refugees at a military base in New Jersey on Thursday.

After spending time at Joint Base McGuire-Dix-Lakehurst on Veterans Day, the Duke and Duchess of Sussex headed over to the site’s Task Force Liberty zone, where over 10,000 Afghan evacuees are currently being supported by the Department of Defense.

As well as providing temporary housing, the initiative—which was launched in August during the withdrawal of American troops from Afghanistan—also offers medical screening, mental health support, and education services for all ages.

Stopping by at classroom for young children, the couple were able to take part in a conversational English class taking place. As the group learned the words for colors, Meghan helped by holding different shades of markers in the air for the children to call out their answers. 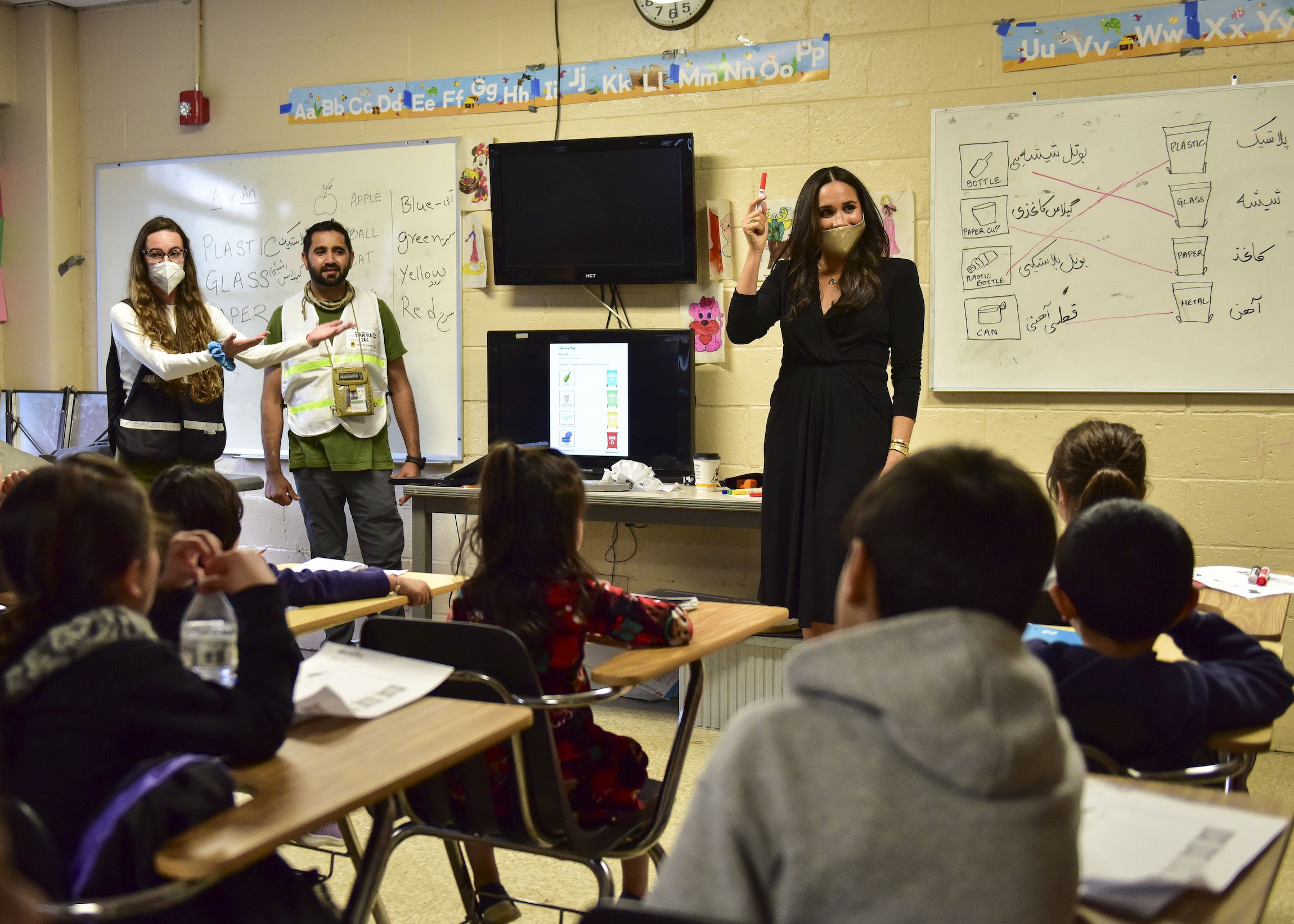 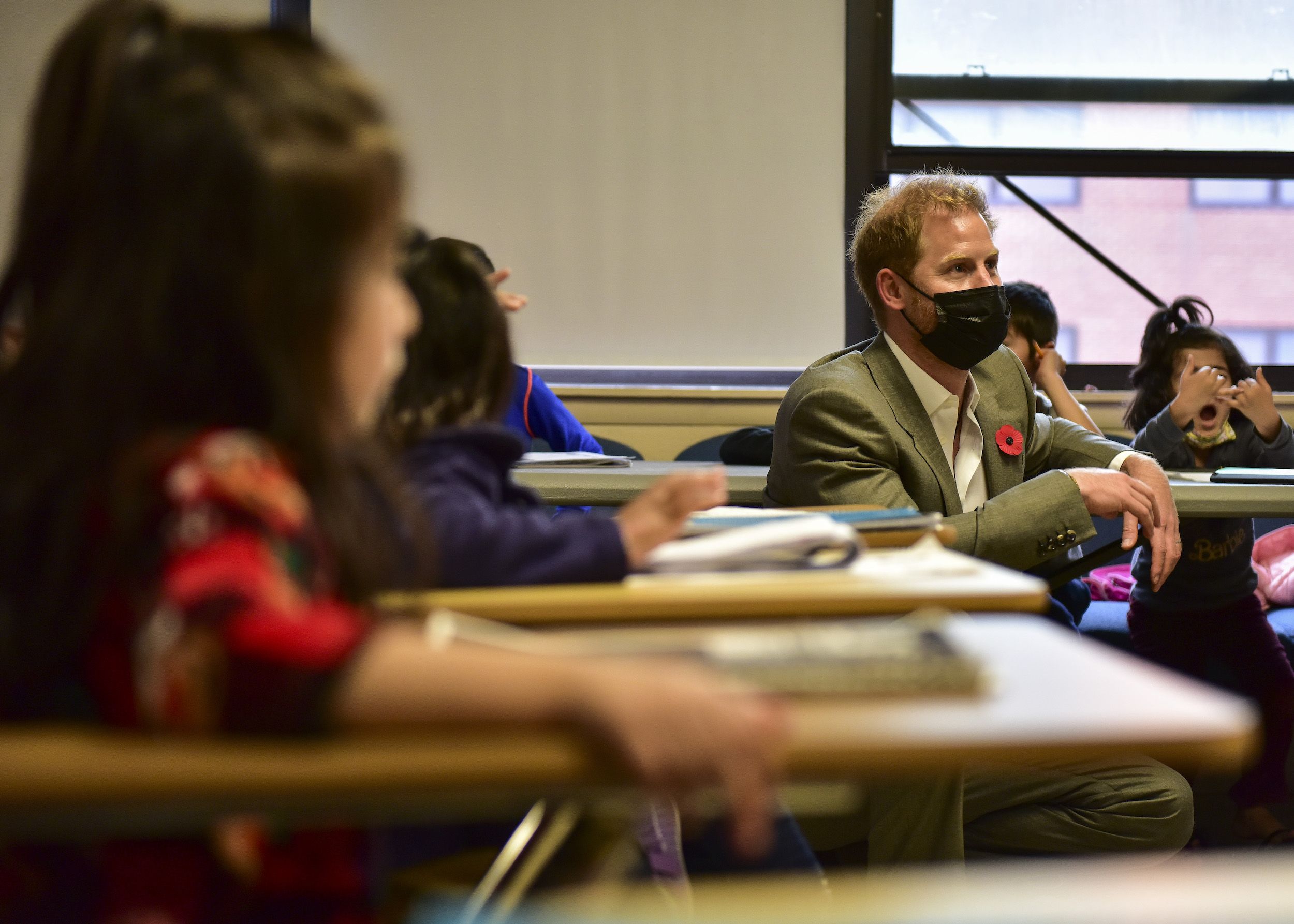 And it wasn’t just the duchess who got involved. Prince Harry was also quick to join his wife to lead the class for a rendition of “Heads, Shoulders, Knees and Toes” to help teach the English names of body parts. The song is a class favorite and, shared the couple, also a top choice at their home with two-year-old son Archie. 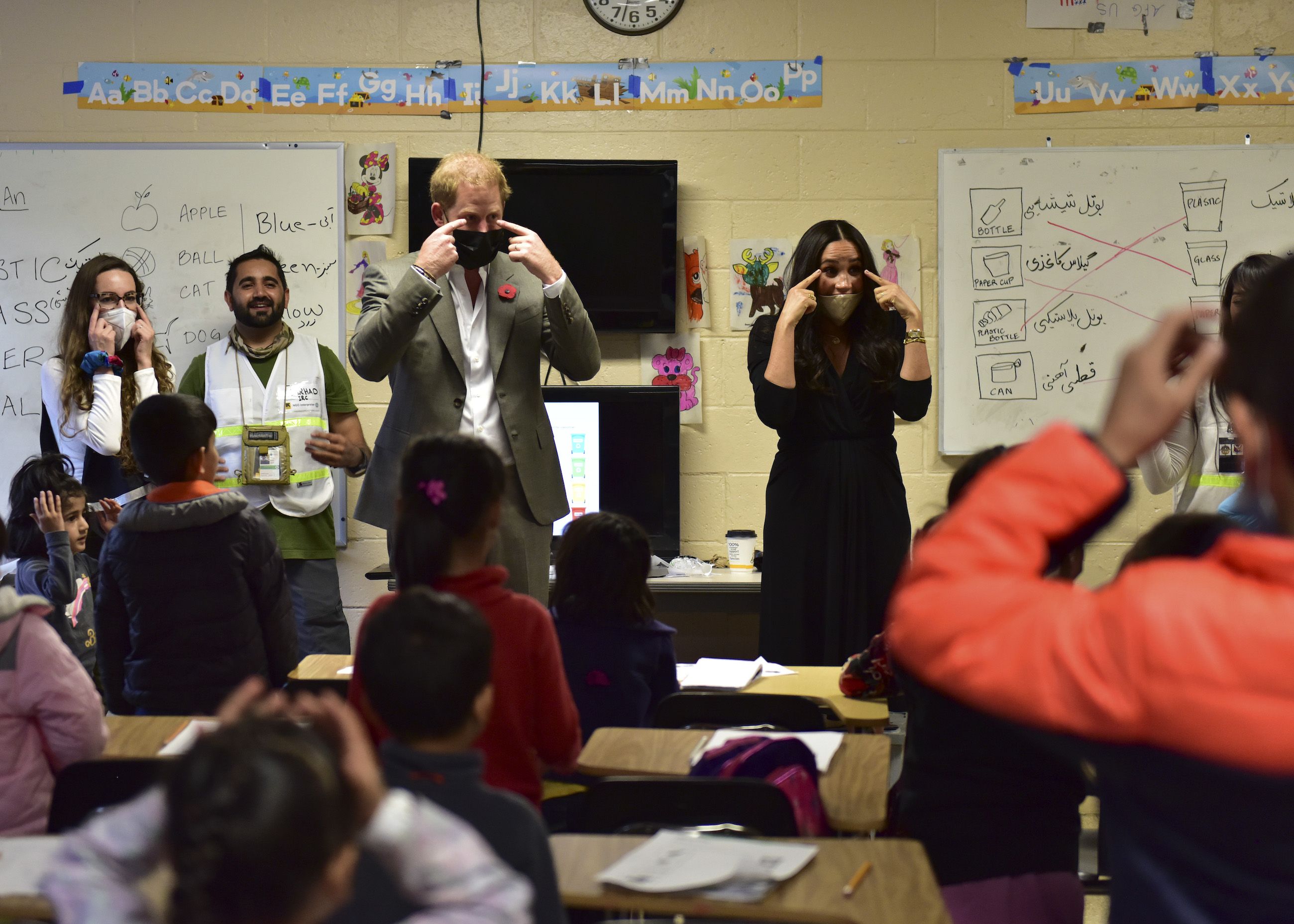 The Sussexes, who both wore masks for Covid protocol, also listened to the students eagerly share some of the English phrases they have learned, such as, “Nice to meet you.” And Harry and Meghan also learned a few new words themselves. “They asked staff about common terms in Dari [the native dialect of the Persian language spoken in Afghanistan], and left every interaction with children and adults alike saying ‘Tashakur,’ which means ‘Thank you’,” a spokesperson for the couple told Bazaar.com.

An Archewell Foundation statement added that, on their way out of the classroom, the couple thanked the teachers for their “tireless efforts, and reminded them to take care of themselves and their own mental health as well.”

Earlier in the day the couple had met derive members and their spouses in another area of the 42,000-acres tri-service base. At present, there are more than than 1,200 service members currently stationed in New Jersey to support the Afghan guests and their families. Permanent housing options are currently being built.

In other parts of the US, over 40,000 further Afghan men, women, children and families are being supported via the Operation Allies Welcome and Task Force Liberty initiatives. Though efforts to provide support and safety are being offered from all governmental sectors, a number of charities and organizations are also offering help. Team Rubicon—which Prince Harry has previously worked with after the 2015 Nepal earthquake and last year during the height of the coronavirus pandemic—is currently asking for gift donations to help evacuees living at New Jersey’s Task Force Liberty base via an Amazon wish list.