Prince Harry and Meghan Markle apparently needed to do some last minute Christmas shopping, and headed 90 miles south from their $14 million Montecito estate to hit up stores in Beverly Hills.

Prince Harry and Meghan Markle are on the move, at least when it comes to getting out of their wealthy Santa Barbara enclave of Montecito, CA. They traded one upscale community for another as the pair was photographed out and about in Beverly Hills on Sunday, Dec. 20, apparently getting in some last minute Christmas shopping. While temps were in the warm upper 70’s, Meghan donned a heavy yet stylish winter parka as they ran errands. The 39-year-old sported a smart J. Crew Chateau wool parka with a faux-fur hood that retails for $375. You can see the pics of Harry and Megan’s outing here.

Meghan added a warm black knit beanie atop her long dark tresses. Underneath her parka, she sported a black sweater and dark skinny jeans. She added chic knee-high brown leather boots to her look, while covering up her famous face with a pair of dark sunglasses and a black face mask — which is required for Californians going out in public amid the COVID-19 pandemic. 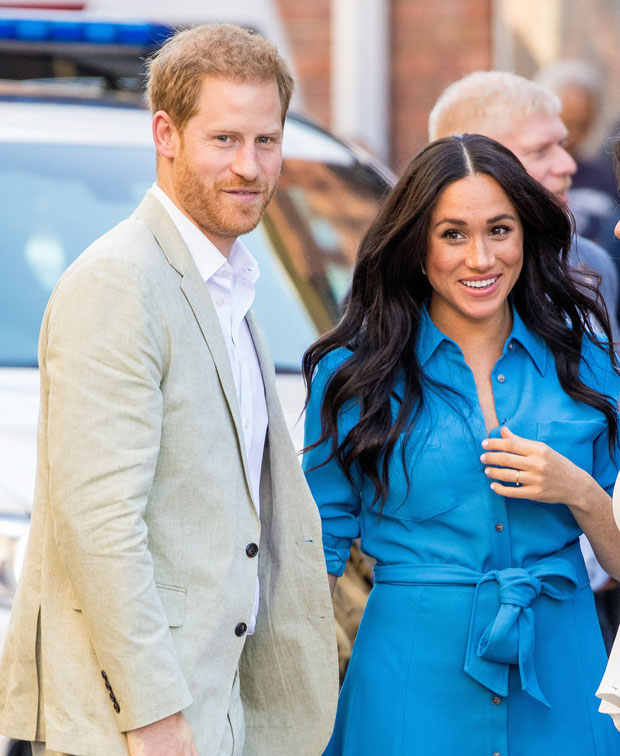 Harry seemed to be enjoying the December heat wave, going jacket free. He wore a light-grey Henley top, blue jeans and grey New Balance trainers. He too donned a black face mask, and tried to hide his prominent red locks under a charcoal grey baseball cap. But his beautiful and famous blue eyes gave away the 36-year-old former senior British royal’s identity.

The couple’s outing comes ahead of their first Christmas in southern California. It appeared their 19-month-old son Archie didn’t make the trip south from the couple’s $14 million Montecito mansion, which they moved into in July 2020. For Christmas in 2019, the three spent the holidays in a rented mansion on Vancouver Island, BC during a six week break from royal duties. The pair announced on Jan. 8, 2020 that they were stepping down as senior members of the British Royal Family so that they could seek financial independence, and remained in Canada before moving to Los Angeles in March 2020, just before the U.S. and Canada border was closed due to COVID-19. 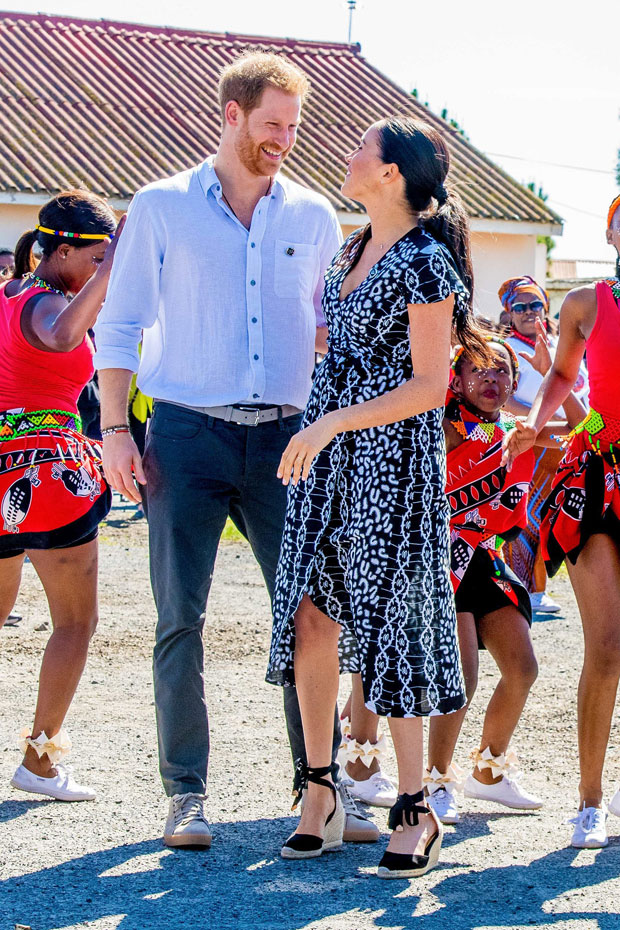 Harry and Meghan’s Beverly Hills outing comes after they announced that the first charity which their Archewell Foundation will be supporting is the World Central Kitchen, founded by legendary Spanish chef and humanitarian Jose Andres, to help construct four community relief centers in regions hard hit by disasters. The first center is being built on the island of Dominica, which was nearly leveled by Hurricanes Irma and Maria in 2017. A second center has been planned for Puerto Rico, while the third and fourth locations are being determined.

“The health of our communities depends on our ability to connect to our shared humanity,” the Duke and Duchess of Sussex said in a statement. “When we think about Chef Andrés and his incredible team at World Central Kitchen, we’re reminded that even during a year of unimaginable hardship, there are so many amazing people willing –– and working tirelessly –– to support each other. World Central Kitchen inspires us through compassion in action.”

Meghan has also taken on the issue of food insecurity, which she spoke of during a surprise appearance on the Dec. 13 CNN Heroes special. She said that “in the face of this devastating reality, we saw the power of the human spirit and the remarkable ways that communities respond in challenging times. We saw the good in people, in our neighbors and in entire communities coming together to say they would not stand by while our neighbors went hungry.” Delivering meals to Angelenos in need was one of Meghan and Harry’s first volunteer acts upon moving to Los Angeles.