When it comes to Trooping the Colour, the royal children often steal the show. For instance, in 2018, Savannah Phillips hogged the spotlight when she was seen teasing Prince George on the Buckingham Palace balcony.

2019’s Trooping the Colour marks a first for Prince Louis, who is thought to be making his debut on the balcony of Buckingham Palace alongside his siblings. While Princess Charlotte and Prince George have attended the event in previous years, Louis was less than two months old when 2018’s Trooping the Colour took place.

As usual, the Cambridge children were impeccably dressed, with Prince Louis looking a bit moody as he watched Trooping the Colour from a window of Buckingham Palace: 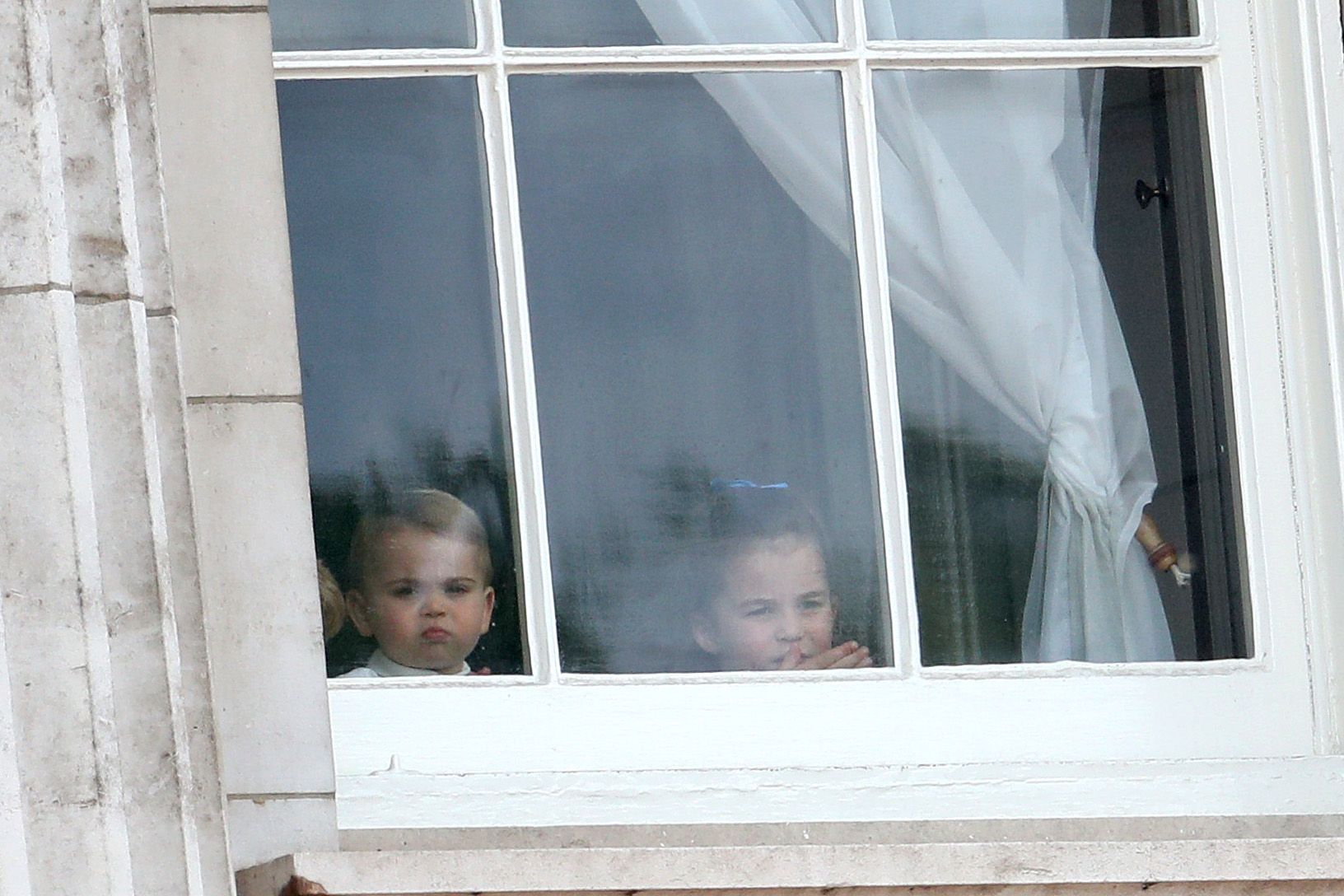 A little later on, Louis seemed to cheer up as he pointed at the parade with his sister, Charlotte: 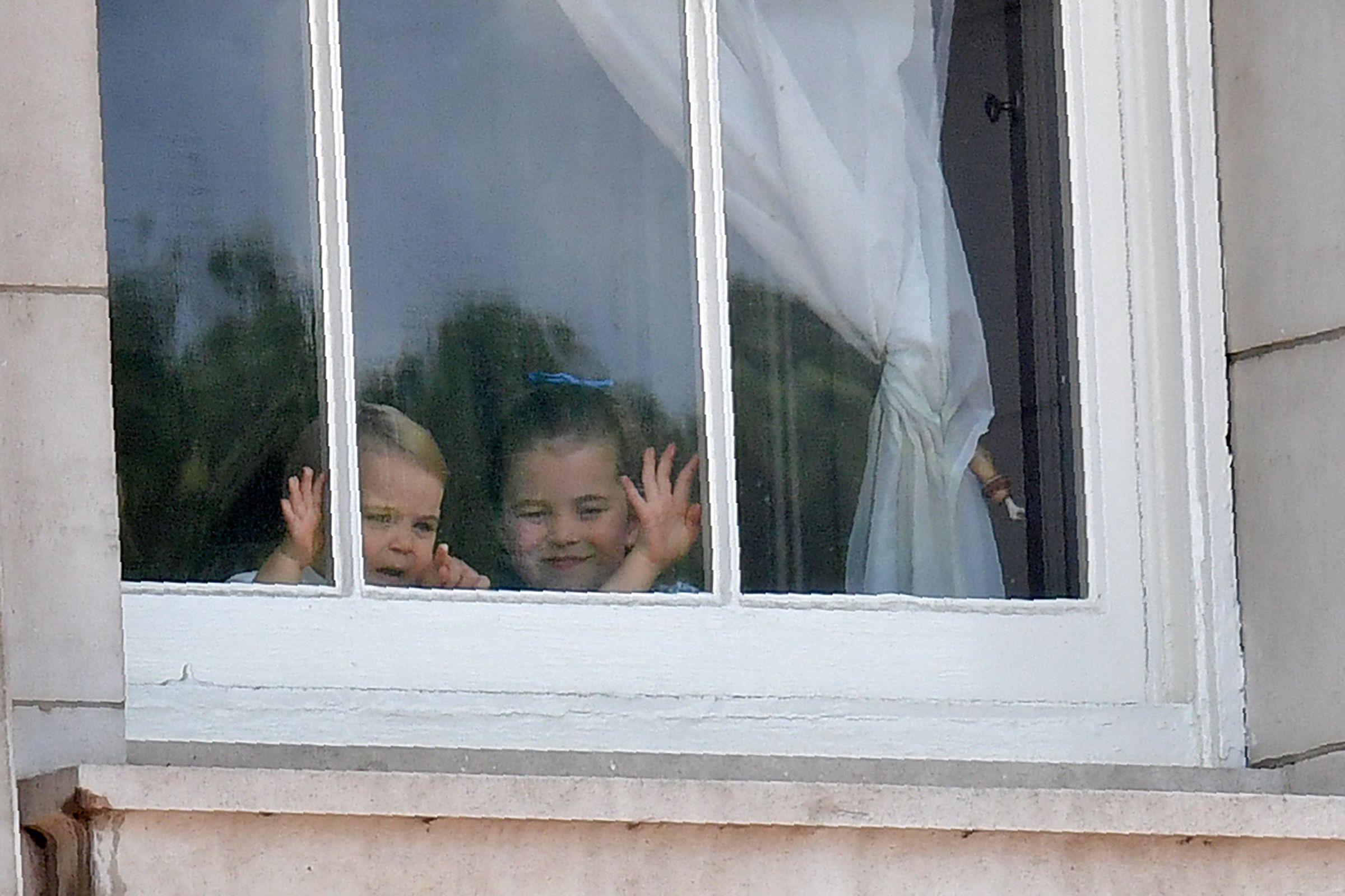 Only Princess Charlotte and Prince Louis could be seen watching from the window, but Prince George is likely to be close by, too. Seeing all three Cambridge children together at the celebration would likely please royal fans, especially following their sweet appearance in Kate Middleton’s Back to Nature garden at Chelsea Flower Show last month.

The Duke and Duchess of Cambridge are very pleased to share some new photographs of their family as they visited the RHS Back to Nature Garden at the #ChelseaFlowerShow on Sunday afternoon. The photographs were taken by @mattporteous. The #RHSChelsea Back to Nature Garden, designed by The Duchess and award-winning landscape architects Andrée Davies and Adam White of Davies White Landscape Architects, is a woodland setting for families and communities to come together and connect with nature. Her Royal Highness is a strong advocate for the proven benefits the outdoors has on physical and mental health, and the positive impact that nature and the environment can have on childhood development in particular. Over the past months, Prince George, Princess Charlotte and Prince Louis have helped The Duchess gather moss, leaves and twigs to help decorate @The_RHS Back to Nature Garden. Hazel sticks collected by the family were also used to make the garden’s den. The Duchess told Monty Don in an interview for the BBC: “I really feel that nature and being interactive outdoors has huge benefits on our physical and mental wellbeing, particularly for young children. I really hope that this woodland that we have created really inspires families, kids and communities to get outside, enjoy nature and the outdoors, and spend quality time together.”

While little Prince Louis turned one in April, Princess Charlotte’s fourth birthday took place just last month. And Prince George will be next to celebrate his birthday, as he is due to turn six on July 22. Now that Louis is old enough to attend official royal events with his siblings, we’re sure to see more of the gang together in the coming months.